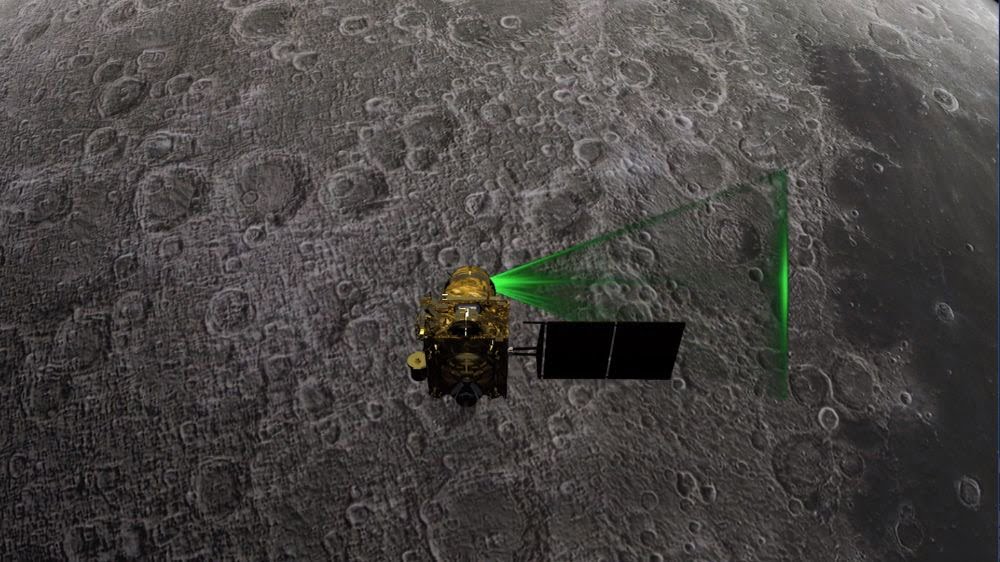 The main concern for every space agency is to figure out that we are alone or life is possible on another planet and for that space, agencies are busy finding the signs of life on different planets and satellites. Water is one of the signs. Moon’s poles are considered to be home to water. Recently some signs that the Moon’s poles are home to water have emerged from the Chandrayaan 1’s data.

The Indian space research organisation (ISRO) has revealed that there may be rusting on the Moon; a process in which oxygen and water are involved. Moon is full of iron but it’s not that rich with oxygen and water (so far we know) so now the question is how is the moon rusting.

Researchers from NASA believe that it is because of Earth’s atmosphere as according to Shuai Li, the lead author of the paper published in Science advance that “ The moon is a terrible environment for hematite to form in. ”

The Earth atmosphere could be protecting the moon as well. The moon is constantly bombarded with sun rays and without atmosphere it is impossible to form rust. As hydrogen would make it difficult to rust. Hydrogen is a reducer, it adds the electrons to the material. For iron to rust it requires the opposite of that – oxidiser which removes electrons.

Then how is the moon rusting? There’s one explanation because of Earth’s atmosphere. The planet’s magnetotail — the part of its magnetic atmosphere that extends away from the Sun is capable of blocking out 99% of the solar wind aimed at the Moon when it’s in its full phase.

That part of the lunar cycle gives iron on the Moon an occasional window to rust. But the moon is not rich in oxygen but it does have some access to oxygen during that occasional window. But during 2007 Japan’s Kayuga orbiter solved that mystery as Earth’s atmosphere doesn’t only protect the moon but transfers oxygen too.

But still for rust, we need Water. Which is still a question where ISRO data came into the picture. Chandrayaan 1’s actually detected the water on the Moon’s poles.

There’s some other theories too. But still we require more information about how water interacts with lunar rocks.