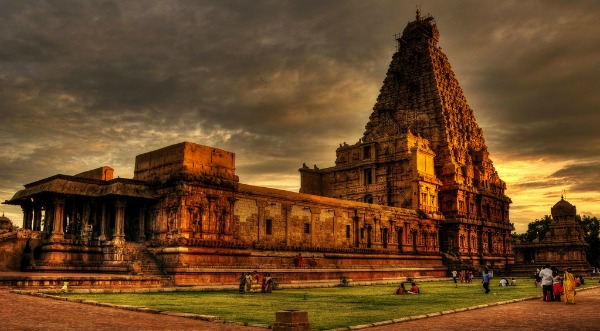 We can find different sorts of architectures in India. Such as the temples in North India are known as that of Nagara style and the temples of South India are considered of Dravida Style. There are other styles too which can be further attributed. However, these two are only broadly recognized. In context of Nagara style we can see how the Gopurams were absent and there is a structural difference when we see the Shikhara Formation. In this article, we will learn more about the temple architecture of southern India.

In Southern India, temples were not only for that of religious purposes but they were also purposed for cultural, ethnic and Administrative purposes. Hence, we can easily see the changings and evolution in the temple architecture with respect to time. Every ruler had a contribution, even though minor in its structural change for e.g, Chalukyas introduced two Gopurams and Pallavas introduced shrine and mortars.

The Dravida Style came in prominence during 3rd to 5th AD And find its relevance in 6th AD.

It can be sorted into these parts:

Garbhagriha: It is the innermost chamber where the idol of deity is placed. It is majorly used for religious purposes.

Mandapa: Main entrance to the temple where worshippers can be easily seen.

Vimana: The shape of the main temple tower. It is a stepped pyramid that rises up geometrically.

Vihana: It is the mount or vehicle of the temple’s main deity along with a standard pillar or Dhvaj which is placed axially before the sanctum.

Antarala (vestibule): Antarala is a transition area between the Garbhagriha and the temple’s main hall (mandapa).

Jagati: It is a raised platform for sitting and praying.

The Dravida temple is enclosed within a compound wall. The front wall has an entrance gateway in its centre, which is known as a gopuram. As mentioned above the temples were also used for administrative purpose. So, the purpose of gopuram was used as the defence. It is common to find a large water reservoir, or a temple tank, enclosed within the complex. Subsidiary shrines are either incorporated within the main temple tower, or located as distinct, separate small shrines beside the main temple.

These are basically of five different shapes:

It must, however, be remembered that this is a simplistic differentiation of the subdivisions. Several different shapes may be combined in specific periods and places to create their own unique style.