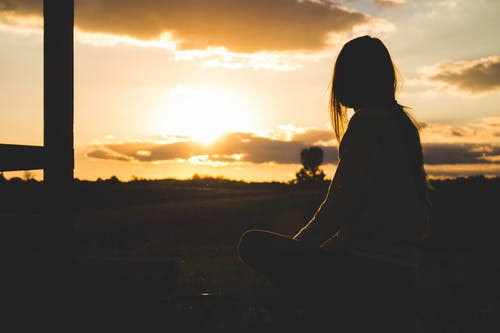 They called her The weird one, sometimes The Lost one, but among themselves The Strange one. In her own world, she was a little girl. But she stopped being little when she went traveling and decided to stay for a while in another world. It was not the world of Lilliputs and she was no giant, but next to these people she was a big girl. She could never find shoes her size or a shirt with sleeves long enough, also she was expected to know things, because she came from far away and as everybody knows, far away is where all the treasures hide, so everybody secretly believed that she is rich beyond imagination. She didn’t mind explaining there were no other riches than her friends and family waiting for her back home. She explained she knows only what she has seen, which is no more than they know themselves. She didn’t mind the presumptions because she was in love. She fell in love with these people and their world because they smiled a lot and in their world, it was always warm and the magic dwelt in the air! Where she was from people didn’t smile, the weather was cold and magic existed only for those who were not smart enough to know how physics work. She was not smart enough. She knew there are the laws of physics but to her, it was as good as magic.

Because she was a Big Girl people tried to put on big smiles, it was considered polite. She also learned to smile. Every day she stood for 15 minutes in front of the mirror and smiled. She didn’t care if her smile looked pretty, all she cared about was whether her smile was smily enough to be a proper response to the smiles she was receiving. They called her names because they could not say her real name. She didn’t mind because for her it was also hard to remember their names. She explained that she is not really lost, she is just wondering around, she wants to see the world. They smiled, but among themselves, they wondered why would such a big girl stay in such a small world, they said she is strange. She didn’t know they said that. If she knew she wouldn’t mind because she did feel a little strange among all the small people. It didn’t bother her, she felt strange among all the big people too. That was why she came travelling, she came looking if there are anywhere such people that she wouldn’t feel strange among.

She thought they will come here where the magic is in the air. It attracted her, it must attract others like her as well. She was excited to meet the travellers, but no other was like her. She felt as strange as ever. Travellers came and left and her heart did not go after them. She started feeling more and more comfortable with the people of this world. After some time she found she wasn’t in love with just the smiling people any more, she was in love with a certain man who was one of these people. Suddenly she was not strange any more and she was not lost. There was a man who wouldn’t let her be lost not for another moment and a cunning feeling that nothing could go wrong was planted in her heart, the magic between them felt as if she could almost touch it until one day it was gone. With no warning, no apology, no explanation.

She didn’t feel like smiling any more, she didn’t feel even like looking at anyone, so they stopped wasting any more smiles on her. The love was gone, the people were gone and one night also her things were gone. She didn’t mind about the things, because the most important thing was already gone and she had no tears left for anything else. She knew she couldn’t leave now with no love in her heart. She had to make peace before she leaves this world. So she built herself a new life. Further away from the memories. She learned to smile again because that is the way. When she reached the state of surprise over how was it ever possible to fall out of love with this world, she felt ready to leave.

She left. Remembering the good and the bad. She reached her own world where she was expected, greeted and hosted by her family and friends. She was no more The Big Girl neither the Lost Girl nor the Strange Girl. In her own world she was brave one Annapurna.