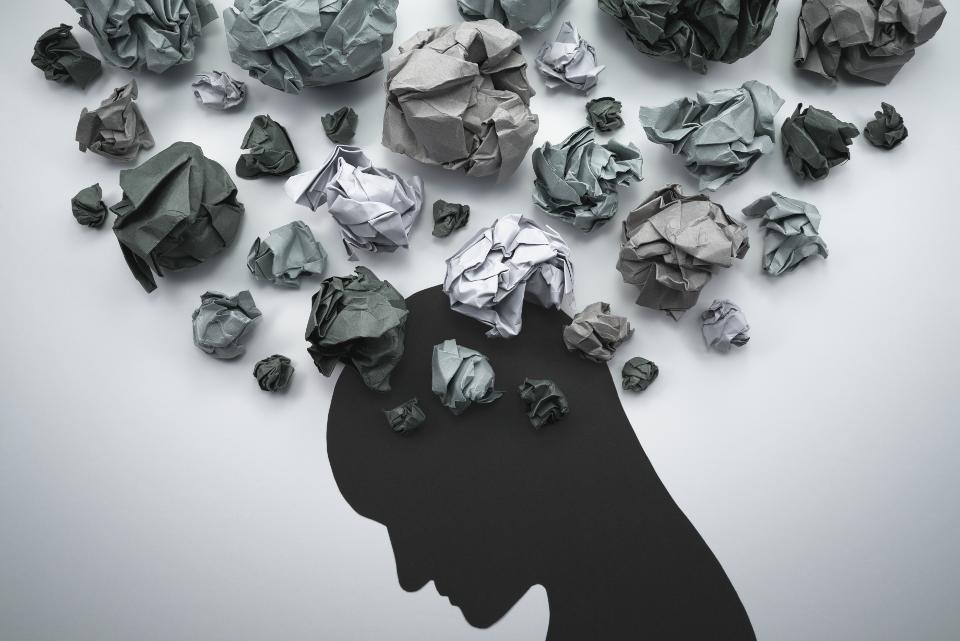 I opened my eyes. The sun had come out and it was brilliant. Piercing my eyes with every ray. I woke up, sat on the bed with my back towards the window. I got up, drew the blue curtains, and threw myself on the bed again. I just couldn’t find the energy to leave the bed today too. It has been so many days now. I haven’t seen my friends, talked on the phone for long, watched a movie or done anything. I feel that something is wrong. I just don’t know what. I have everything. I once tried telling my mom how I was feeling these days, and she said, “Even if after having all the privileges in your life you’re sad, I wonder who could ever be happy then.”

She was right, wasn’t she?
I felt so tired today. My whole body aching. I just laid on the bed, my body too heavy to move. My joints stiff. My muscles sore.
I didn’t know how much time had passed but I could hear the people going by their business in the street below, and just thinking about being productive was like my head blowing into a million pieces. I made my room darker by closing the window so that not even one ray of light could enter. I still hadn’t gotten my period. It’s been four months now. My OBGYN told it’s no big deal. She said to not take any stress. I wasn’t. I was fine, but then again something about me was not.

I have no clue what was going on in my head. There was a strange fear. A strange fear that I would never be able to get out ever again. My maid was on the door, ringing the bell. I don’t know what I was scared of, but it felt like I was glued to the bed. The constant fear and breathing heavily had made me thirsty. I wanted to get to the bottle on my table, about 2 feet away from me, but I couldn’t. I couldn’t move at all. My heart was racing and I had started panting, but I really really couldn’t move. I don’t know when I drifted back to sleep. When I got up again, the sun had gone down and it was dark. I sat on the bed, turned the table lamp on and I felt some sad emotion building up in my throat. I can’t really explain it. I was so frustrated by now that I wanted to do anything to stop how I was feeling.

There was a sharpener lying on my table. I used my hairpin to take out its blade and stared at it in mild light, held out my arm, and cut myself. Not deep enough to kill me, just enough to give me pain. Physical pain, so that I could be distracted from something that I didn’t know was there. I bled for a little while but it stopped, unfortunately, the pain wasn’t enough. So I thought of doing something else. There was a government calendar on the wall. It had one of those metal strips at its end. I tore it out and took the strip in my hand. I tied it around my neck and tightened it as much as I was able to bear. I choked and just dropped back on the bed. My head throbbing with pain. I don’t know when I started crying.

I don’t know when I passed out again. I looked at myself in the mirror and there were marks, on my arm and neck. I know there was something. Something that was haunting me. Something that needed to be named, but it was too late now. I now feel like it was always there. Around me. Like a ghost. Following me everywhere. It was like the pile of dirty laundry that I didn’t want to show on my Instagram. I wanted everyone to see that I am happy. Everything was perfect but denying it didn’t help. It was there. Even if not in pictures, staring at me, from behind the curtains. It was there. And now I am drowning in it. I am done.

WHO defines clinical depression as,” A mental health disorder characterized by persistently depressed mood or loss of interest in activities, causing significant impairment in daily life.”
I would like to lay emphasis on the word “PERSISTENT” here.
The lows and highs in our day to day life are not depression. Medically speaking, depression is an ongoing problem, not a passing one. It consists of episodes during which the symptoms last for at least 2 weeks. An episode of depression can last for several weeks, months, or years.

• a depressed mood reduced interest or pleasure in activities once enjoyed
• a loss of sexual desire
• changes in appetite
• unintentional weight loss or gain
• sleeping too much or too little
• Agitation, restlessness, and pacing up and down
• slowed movement and speech
• fatigue or loss of energy
• feelings of worthlessness or guilt
• difficulty thinking, concentrating or making decisions
• recurrent thoughts of death or suicide, or an attempt at suicide

Some more facts about depression-

Medications and psychotherapy are effective for most people with depression. However, many people with depression also benefit from seeing a psychiatrist, psychologist, or other mental health professional.
Other than that lifestyle changes may also help in reducing the symptoms.
Some changes that one can make are:
~ Healthy eating- Including Omega-3s and omega-6s are two types of healthy fatty acids, high protein diet, and complex carbohydrates in meals.
~ Mild to moderate exercising daily can help to reduce stress, improve mood, boost self-esteem, and provide restful sleep.
~ Meditation is the practice of engaging in a mental exercise, such as deep breathing or repeating a phrase or mantra, to achieve some kind of benefit.
~ Improving relationships. Depression can be alienating, and the right network of friends and loved ones can help you overcome your issues.
~ Stress management is different for everyone, so you are the best person to decide which healthy activities help you.

Posted by Saumya Sharma
Follow:
Hi, I am a 22 year old med student pursuing my MBBS from Himachal. Writing is something that I have always loved and to be honest I am a jack of many trades. I like writing and reading fiction more than anything. Other than that non fiction, documentaries, movies, music are the things that I am into. I believe that if I can feel it, I'll be able to write it.
3 Comments 3 Comments