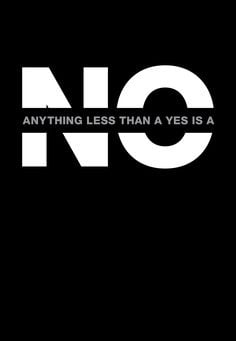 Despite a global pandemic, a huge explosion in Lebanon – one thing is rampant and that’s Crime Rate. Crimes that we see, worry about and what makes headlines – Violence, Drugs so on and so forth. That’s what makes us feel unsafe, leave aside terror certain crimes leaves a huge impact on our daily lives and our personal opinions too.

Rape was and will always be cloaked in “Stigma” and “Silence”.

I finally tackled an issue I never thought I would be able to write about: Rape, Sexual Assault term it whatever you wish to, in my research I found 1 in 5 women have been sexually assaulted.

Lately, I’ve spent time reflecting on this subject, construing essays by victims and grieving for the disgust that so many women have lived through. Of the various articles I’ve read, the critics actually believe women who dress suggestively (the irony of dressing like a ‘slut’) are asking for it.

Does wearing revealing clothes send any kind of a message? And is that message often intentional? 🤔 I doubt… If I wear a sexy dress, doesn’t mean I am inviting the world to notice that I’m sexy or to find me attractive and even if I want to look or be called  ‘Sexy’ it certainly is not a code for ‘Want to have Sex’.

This acuity is so dangerous as our society still perpetuates this on many levels thus raising little misogynists.

Women need to be in control for their own safety, Hands down I agree to this.

Yes, it’s nothing I wouldn’t tell my own daughter. But what’s missing is the complementary message for the guys out there, why must the onus always end up with women? How about also highlighting the need to change the petrifying mindset of many blokes out there?

Do I think women should behave in ways that can help keep them safe? Yes of course and would I recommend going to club naked? Hell, No ways. But I can’t help but feel that when men read this kind of thing, it plays right into an already warped perception that they cannot truly be held responsible for how they react to a woman in tight clothing.

I reject the idea that men have a tougher time suppressing the demands of their hormones than women. I am friends with and also know decent, wonderful men who would never misread not only my signs for the matter of fact any given girl instead would prefer tucking a drunk girl straight in bed and would sleep on the couch. Trust me, there are men like these out there coz not all men are vultures.

When it comes to Consent, there are no Blurred Lines … P.E.R.I.O.D

“She was asking for it as her attire shouted to” …

“You need to be more Assertive.”

We all have heard these lines before, right??

This is often used as an attempt to blur the lines around sexual consent resulting in blaming victims thus excusing perpetrators from the crimes they have committed.

These lines may have vague understandings of consent, but the depiction is crystal clear. When it comes to Consent, there are No Blurred Lines.

Each one of us are entitled to consent to one thing and not another. You can consent to kissing or touching one day and not the next. What you agree to is up to you and no one else.

Different people have different boundaries, and everyone deserves to have theirs respected.

Most prominently, consent matters because its absence can be termed as Domestic Violence, Rape or Sexual Assault — Crimes that are punishable by law.

I feel embittered and hurt that in this day and age, people still have such mediocre lines of thought regarding rape as something negotiable. Time and time again, there have been deliberations concerning rape and it’s baffling that till now, men still afford to think that there is a way around making rape slightly or closely not as abhorrent and ghastly as it plainly is.

Sex requires consent, Kissing requires consent, Touching requires consent. There is no ambiguity around this and of course no reading between lines. Gaps are just ways where the assailant tries to mollify themselves into thinking the victim was okay with it even when they weren’t. Rape is in White or Black and no other color in between and so are rapists.

It’s a very simple calculation that’s made complicated –  If she flirts with you but still says No to Sex, Please listen carefully and leave, If she says Netflix and chill with no intent behind it, respect it and back off if you projected it otherwise.

The current trend of Netflix and chill is often misconstrued by guys thinking it’s a code word for – Come over for Sex in every aspect of their tête-à-têtes. This mere thinking that if a girl called them over to her house to just chill simply meant – Sex .. Right this moment, I feel repulsed just visualizing that a person I consider to be a friend could possibly think something like that.

If we want to create a culture of consent it requires all of us to consciously shift the way, we engage with others. In fact, this needs to be entrenched in each one of us at a young age, children must be taught the

One way to eradicate taboos around consent is to create safe and interactive spaces to discuss the topic.

If minors supposedly can say No, then for sure grownups must be expected to be able to say No!

Vindicates the perpetrators, sending them a clear signal of agreement.

Across the globe, we send this message of answerability and blame to women, a message our society absorbs from adolescence, ingraining culpability, mortification and stigma with every warning, every damage, “What was she Wearing?” or “She asked for it?”, every order to avoid “Becoming a Victim,” every article that focuses on appearance / behavior / alcohol and sexual history but fail to mention about the accused, surprisingly !!!

In my opinion, all this is enthused by irrepressible “Male Lust” rather than sheer vehemence, that female sexuality is intrinsically masochistic and inviting Rape, and according to them we women “Cry Rape with Ease and Glee.”

Rape is fundamental to the patriarchal domination of women, that men in intimate relationships with women “Are invested with an implicit benevolence that doesn’t really exist.”

As the saying goes – Young unchaperoned girls get drunk and find themselves in situations beyond their control. The latest in a string of alleged gang rapes begs the question: Is rape cultural, social, or simple negligence?

My conjecture blames a culture that holds Men to an image of Masculinity and Misogynistic Machoness modulating assault as a ritual of “Consensual” advances.

It’s just the alleged victim, that regrettably plays into the “She asked for it” narrative so pervasive to the defense of rapists. Most women are coerced and pressured into recanting their indictment.  Many women recant their indictments because it is simpler to say they had lied rather than be hammered by interrogations and innuendo.

The fact that she was drunk out of her mind and a minor to boot is expediently absent.  In most of the cases, it’s detailed that the victim was so drunk she got sick and supposedly asked for help, so as a friend he took her to his room to  only be chivalrous and help and – Viola!! the rest is history.

When justice takes a back row to “Winning” at the expense of women, then the justice system has failed. Are we really flabbergasted that most women do not report rape or assault? Are they worn down in proving their case? or is it easier to keep one’s mouth shut and hope for the best or rather they are afraid to come forward in the fear of being branded, disparaged, and shamed.

I wonder constantly, how the victim can live blaming themselves? How do they live in such a state of extreme cerebral dissonance?

Sounds familiar doesn’t it? This is the most frequently used line that “Boys will be Boys” this line is what alleviates male responsibility for rape – those that say it, suggest that men cannot help themselves but to rape women. One cannot be ceaselessly sympathetic to this and complain about those that say “Boys will be Boys” as an excuse to Rape. If you hold these two views simultaneously, you are a malicious hypocrite.

Such things don’t transpire in a vacuum and I find this categorization thought-provoking. Women are maltreated in every country at every minute of the day. Just the mere thought of how many women are viciously reminded of their persecution by the gang rape, women to whom it occurred a decade ago, a year ago, a month ago, a week ago, or may be yesterday. Basically, it’s a recipe for disaster. No utilitarian support or justice for victims, combined with denial and a lack of education on issues relating to child sexual abuse.

“The blight of abuse ratified against children is indeed an appalling blight upon any community.

Violence against women has been with us since Eons.

The unanswered question is – Why is there violence against women?

Is it because the world we live in is formed by men? Or let me put it this way, it was formed in a way that it would suit men. Men has always managed to rule through violence against women and children, as well as against each other.

Men were the first to vote, Men can and could pick another wife – even today in western society it’s believed “Strong” and “Ballsy” to get another wife. Women in turn are grilled – Why did you file for a divorce? What did he do wrong? There must have been a reason for him to hit you. So, what happens with the victim when she’s groped first by callous men taking their turn in raping her later?

Each rape is a trauma and narrowing it down to gang rape translates to multiple traumas. Traumas are known to grow not just 1+1 but exponentially. Imagine being raped 30 times and how hard it hits the victim and not only was she raped – but it was also recorded. Visualize someone taping you when you are stripped and being raped to the point of… I don’t really know what. One rape is already a catastrophe for the victim, so imagine a gang rape to a point where one is left shattered and speechless.

In such cases most of us call for death penalties and castrations – while it’s easy to get emotional (trust me, if there was a world without laws then I would be the first one to chop-chop all of them). These are my words about an appalling, dreadful, unpleasant, cruel and malevolent crime. A predator whose unquenchable thirst for underage girls categorizes him as a pervert.

Posted by Triscilla Moreira Tellis
Follow:
Writer / Blogger / Author My Motto - When it rains I look for RAINBOWS when it’s dark I look for STARS..
2 Comments 2 Comments