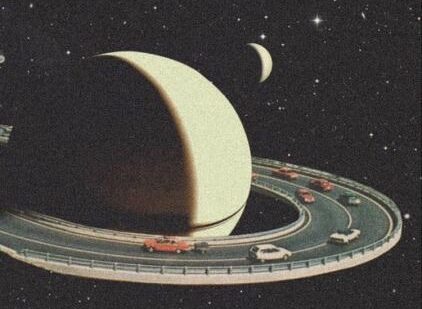 Flowing through the galaxies, passing the nebulae and almost getting caught up by black holes. I was surfing through the cosmos at that time. And then when I was just about to cross those borders, an annoying sound got my attention and apparently, that was my stupid alarm. Oh yes, I was dreaming. When you are an astrophile and skywatcher, these dreams are quite normal. But I’m not here to tell you my “that night” dream. But it’s a metaphor I get subconsciously from my dream. Those borders were a crossway to find my planet nine.

Ok, we can argue all day that the solar system has eight or nine planets but by means of planet nine is simply something I was looking for a long time and for that one has to cross the borders and comfort zone. It’s not like I don’t have content and planet nine, I love Pluto after all and every astrophile considers Pluto as part of the system contrary to what Big Brother says. But besides crossing those borders whether it refers to that trek you were planning for so long or your dream car you are saving money for so long whatever it is, these are some borders or your planet nine you were looking for so long. And you worked so hard to achieve that and for so long you have your eyes on that.

Same like that in that dream, maybe I was looking for my planet nine. But I was interrupted but that doesn’t matter as it was dreamy and now the reality is taking the course, it is much harder to even see my planet nine. Reality is always harder than dreams because, in reality, you don’t have all the controls. So it’s been a while in pursuit. Let’s call it some years have already been passed.

As it is always difficult to catch what you desire. But eyes on goals always. And in one odd morning, everything started to fall into its right places which made my pursuit more easy and now I’ve no distraction but the planet I was looking for so long. So just like that without any distraction and smooth path ahead of me, I decided to start my engines and I fly after that. To reach out for those borders I once missed in my dream. But accidents do happen. And the engine stopped working.

And like everyone else. I waited for something magical to happen. I didn’t have any other choice but to wait now. And just like every other story, mine plot twist came too. Late but it was there. A dramatic plot twist which was somewhat magical and helped me to start my engines again. When you believe in magic it happens for sure. So my spaceship was ready to fly again. Now I have the plot twist. I was more confident that this time I am gonna cross those borders.

It was the right plot twist I was looking for and now I was close to those borders. As time is passing I’m closer and closer. Now the dream is not just a dream but almost a reality. But again a sound got my attention but this time it wasn’t my stupid alarm as I wasn’t dreaming but this time I let that sound to flow and I took a turn when I was just about to cross those borders.

Stupidity or not, one can’t say until one isn’t living that story. I really don’t know what made me turn my ship from the borders too close. But I did it anyway, it felt alright. And when I arrived at the source of that sound, I smiled because that was my planet nine.

All those years I was hoping to find my planet nine across those borders because that’s the only point I was unable to look. Far from my visible spectrum. But it was after that it was somewhat before that but in a different direction, I was moving towards. But I’m glad that I turned my ship that time. It was the turning point I wasn’t expecting but I’m not regretting too.

Maybe that’s the life to take turns when you feel like taking, to listen to your heart and follow the path because it feels already and yes you have every right to do that.

That’s what turning points are for. They are the chances or opportunities you can take or miss.

My pursuit of planet nine.

All the best for yours.