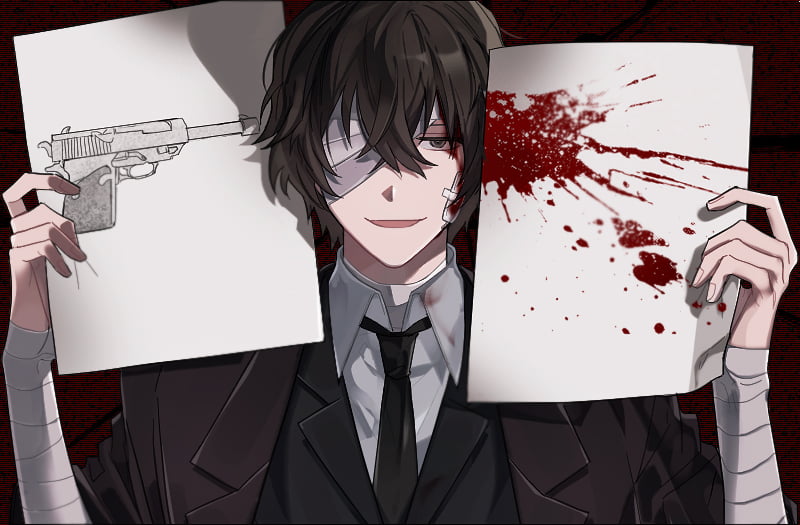 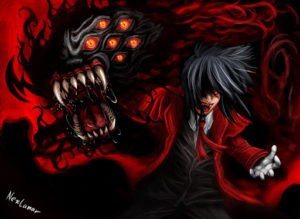 Alucard mastered most of Dracula’s attacks, such as Hellfire, Dark Metamorphosis, Tetra Spirit and Soul Steal. He can also use his dark magic to alter his physical appearance. Nigh immortal. Alucard graces us with his presence because of his cool design and powers. 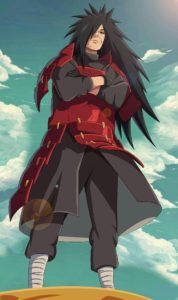 That feeling when Madara showed up in the desert in the Shinobi war with his ridiculously terrifying presence. He left the shinobi alliance trembling in fear. How cool is that? Completely badass. He had one job, to dominate the field and guess what? He scared people to such extent that they lost their confidence and charged at him without thinking. Yes, he got major power boosts in the war arc but Hey, if you gonna be a bad guy…..own it. 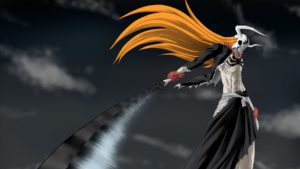 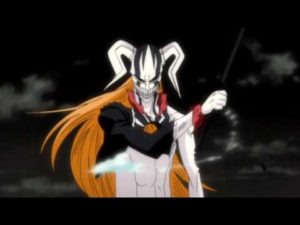 This transformation is the only reason why I got into anime. I remember my friend showed me a glimpse of this fight. I knew that I had to at least watch up to that point. And this transformation was something I’ll never forget. The way he gets up, recall his sword and hold it with a swing. 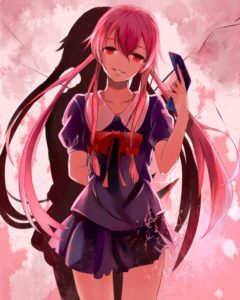 On the bright side Yuno seems to be quite sweet, cute, and shy. But I may warn you my friend, her dark side can get scarier than your nightmares. 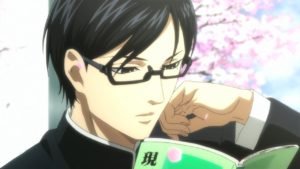 Now it would not be fair to not put a character who was solely made for coolness. Forget a cool and/or tragic backstory – his intelligence, great looks and unconventional ways of solving problems make him one of the coolest characters of all time. 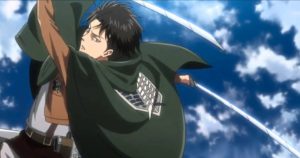 This character is a real badass in his world. He’s smart, calm, and strongest in terms of skills. He’s the kind which can leave enemies trembling in fear. He never whines about his problems or situations. He always keeps his composure no matter the pretty deadly situation. 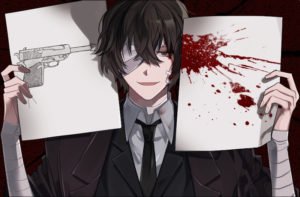 The character is a mystery. He never reveals his true intentions unless he wants to. Although the anime series may have up and downs, but you can’t deny the fact how this guy solves his problems is a pure definition of cool. 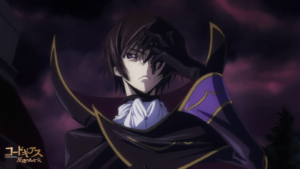 Lelouch is a brilliant young man. He has a strategic mind that is almost unmatched, even among the Britannian royal family. There’s a reason why this magnificent bastard is the most favored anime character on MAL. 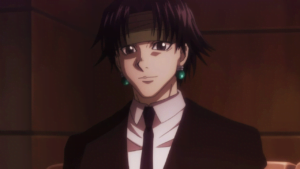 Chrollo Lucifer is calm, cool, intelligent, and charismatic, as he seems to be a born leader and able to hold the Phantom Troupe together despite the volatile personalities of its members.

This guy defeated Hisoka with his wits, what more you expect. 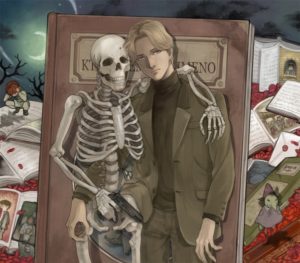 One could argue that perfection is impossible and that there is always room for improvement and this is true. However, there will be a point where perfection that will not be surpassed is reached, and in the monster universe, I believe that Johan is that person.

As taste is subjective and I know I have left so many amazing characters but right now these are my top 10 characters.