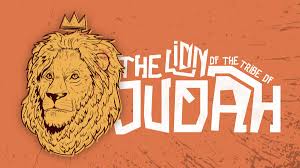 Every country has its own different tribes; one such tribe is the Judah tribe of Israel. Out of all the 12 tribes of Israel, It is the largest of them all. The Judah tribe was introduced after the 12 sons of Jacob and Leah; Judah was their 4th son out of the 12 sons.

While on his death bed Jacob announced Judah as the ruler and leader of his brothers. Tamar, the daughter in law played a pivotal role in keeping the Judah lineage going by giving birth to twins of Judah. Judah was the father of this tribe, this tribe was known to all and was famous because of its way of administration, the monarchy way of ruling under one royal leader.

This tribe was a loyal tribe which included many famous rulers like Solomon and David who were known to be good rulers of that time. This tribe won a lot of war from the cities of Gaza, Ashdod and also the Jebusite city of Jerusalem, the one such successful attack was against the Canaanites, the Judah was the first tribe to attack them after the death of Joshua.

During the year, 1949, after the establishment of the modern state of Israel, the lion became the emblem for the capital city of Jerusalem.

During later years when the capital city of the Judah, Jerusalem was destroyed even then the symbol of lion continued to remain.

Later the Jews considered themselves the decedents of the Judah Tribe who are now residing all around the world in major countries.

This Tribe was a loyal and faithful tribe with its rulers being known to be true to their people and right in taking decisions for its people.