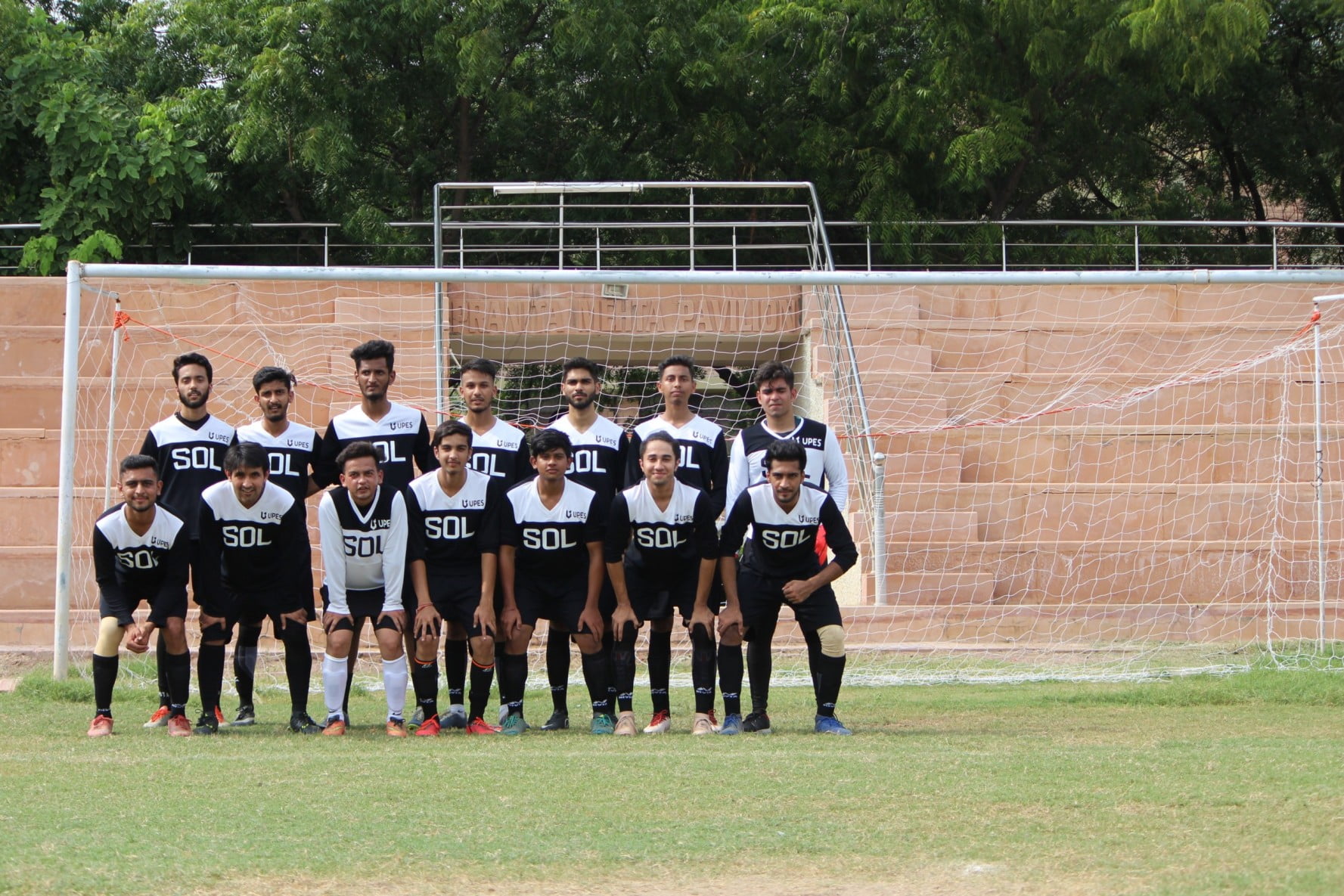 Football has been an essential part of my life from as long as I can remember, from playing for school to playing for college and eventually leading the team in several different tournaments. The attachment with the football ground itself is so pious that leaving it without a proper goodbye seems like a crime. The experience I got in the school playing football was very useful when I started playing for the college, the competition was stiff, and making a place in the college team seemed quite a little. I didn’t even have my proper kit for the trials but yet I wanted to prove my worth, with over fifty students for the trials it was very competitive. I made my way into the team and was quite excited for the upcoming tournament, NLU-Bhopal was the place we were going. Its been five years and I still it seems like yesterday that I had started playing. Its been quite a roller coaster ride and in these past five years its been quite an opportunity to share the field with some excellent players. The players who made an impact on my understanding of the game is hereby mentioned in the best 11 I ever played or shared the field with.

Although I have only played a year alongside him but the skills and ball distribution skills he possesses I am sure he will be able to leave a mark in the field among his fellow players. When it comes to one on one situations his stature helps him make it difficult for the strikers to shoot past him whereas in the situations of the ball hit from far off his reach is quite good making it harder for the players to score.

A not so fast yet a diligent left-back Yash Jethalia knew when to make a tackle and was quite a strong defender. His performances on the field were always promising and being able to share the field alongside him was quite a learning experience with his cool demeanour and a solution to every problem in itself says a lot about him.

A senior who was already an excellent debater and well known for his debating skills little did I knew he was an excellent footballer as well. In my very first tournament for the college, he was the most soft-spoken man I ever saw, his performances throughout the only tournament I played alongside him were quite impressive and praiseworthy, alongside Vaibhav Thakuria they were quite a duo.

I don’t have enough words to describe the player so experienced and well mannered on or off the field. A Liverpool fan who recently would be very happy with the success of his favourite club was himself an excellent leader helping us win the first tournament in our very first year. A great leader and an enthusiastic captain whose unique qualities of imbibing what his players seek was beyond my understanding.

A player I knew from my school days showed his qualities and great fighter spirit on the field, with the skillset very similar to that of Sergio Ramos the defender form the hills was always in his top game. The quality to score alongside is a plus point for every team and he had that hunger for scoring the goals, specifically when the team needed it the most.

There are not many right-backs that I have seen in my playing experience that was so dedicated and determined to stand by their team in every situation. He was so dedicated to the game that he switched to a Centre Back role when the team lacked one such defender who can hold down a striker. With his slide tackle never going wrong he was a wolf who knew how to protect his pride.

An excellent dribbler of the ball and with his pace, it was quite a combination of skills to possess. There is hardly any tournament I haven’t played alongside him, the success and failures have been extremely important to the partnership we share. His shooting skills can hardly be compared to any other player in the college squad, his importance was always felt when he wasn’t there. A player who boasted his skills yet being able to give a performance worth appreciation is a rare sight.

The best midfielder I have come across in my college life, with a very similar style of playing to that of De Bruyn. He was the best player of our final winning squad in Bhopal, with his ball distribution and one-touch passing. Its been four years playing together and yet he still doesn’t fail to surprise with his performances. Free-kicks that can trouble any goalkeeper has definitely been one of the few players I consider could have been a better captain than me. It was an amazing experience to play alongside a player who knew the game so well.

A left-footed midfielder similar to Di Maria was one of the key players of our Intrasquad, his link-up play with the attacking players was quite a treat to watch. His diagonal runs in between the defenders opened quite a space in the right-wing enabling the right-winger to exploit the space. A team player in every sense was a real to the opponents in every game.

He is the youngest of all the players I have mentioned here in this Top 11 and the reason he has made a place is due to his sheer hard work and dedication towards the game. An exceptional finisher, a fast striker is quite traditional in his approach yet his basic skills makes it difficult for the defenders to stop him from scoring. A lot to learn still in his starting years of college football he has that hunger to prove himself as one of the best seen in the college level.

A partner in crime and a perfect example of the hardworking individual has worked really hard to prove his worth. Although he hasn’t explored the full potential of his game, he is still one of the best team players I have played with. He was an integral part of all my strategies as a captain, he helped me throughout my rough times on the field. A true fighter in himself he has been part of my memorable journey from a player to the Captain of the team.