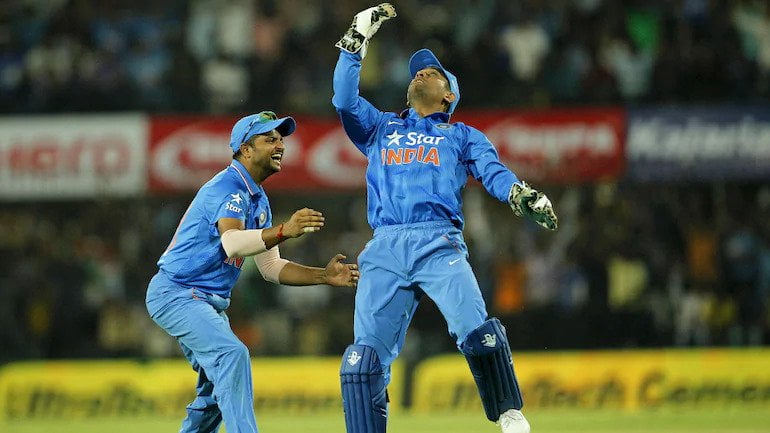 ‘Dhoniiiii finishes off in style. A magnificent strike into the crowd. India lift the World Cup after 28 years. The party’s started in the dressing room. And it’s an Indian captain, who’s been absolutely magnificent, in the night of the final.’

Any cricket fan worth his salt just read this in Ravi Shastri’s most dramatic voice, as Mahendra Singh Dhoni enchanted the Wankhede on the night of 2nd April 2011.

It just seems like yesterday when India lifted the world cup. I still get goosebumps watching that finish. Any fan would relive the moment as if it happened yesterday. But what actually happened yesterday was that THE CAPTAIN COOL announced his retirement on social media, and I quote “Thanks a lot for your love and support throughout from 1929 hrs consider me as Retired.”

The Captain Cool’s retirement will always remain contemporary with sunset.

Just some time after Mahi’s retirement, Suresh Raina joined him on Instagram saying, “It was nothing but lovely playing with you, @mahi7781 . With my heart full of pride, I choose to join you in this journey. Thank you India. Jai Hind!”

Hailing from Ranchi (then Bihar, now Jharkhand) MS Dhoni was a goalkeeper in football, and was asked by his PE teacher to do wicket-keeping. And from then a new era started. From playing at school level to playing domestic cricket and making has name in the international cricket as one of the best captains the sport has ever seen. He also worked as a ticket collector when he played Ranji Trophy for the railways team.

From scoring a duck in his first international match against Bangladesh on 23 December 2004 to scoring quick 40 in 23 in his last international match against Australia on 27 February 2019, Mahendra Singh Dhoni has done it all, seen it all, and won it all. He is the only captain to win all the three ICC trophies: T20 World Cup (2007), ODI World Cup (2011), and Champions Trophy (2013).
He also has won the IPL trophy thrice. A biopic was also made of Mahendra Singh Dhoni where his character was played by late Sushant Singh Rajput.

Though he has retired from international cricket, we will still see Mahi playing for Chennai Super Kings in IPL this year.
Adios Captain! Twitter flourished an emotional scene last night when former Indian captain took an uncertain decision out of sudden and since then various legends of the game and other celebrities congratulated him for an outstanding career and #dhoniretires is trending.

SOME OF THE BEST TWEETS ARE –