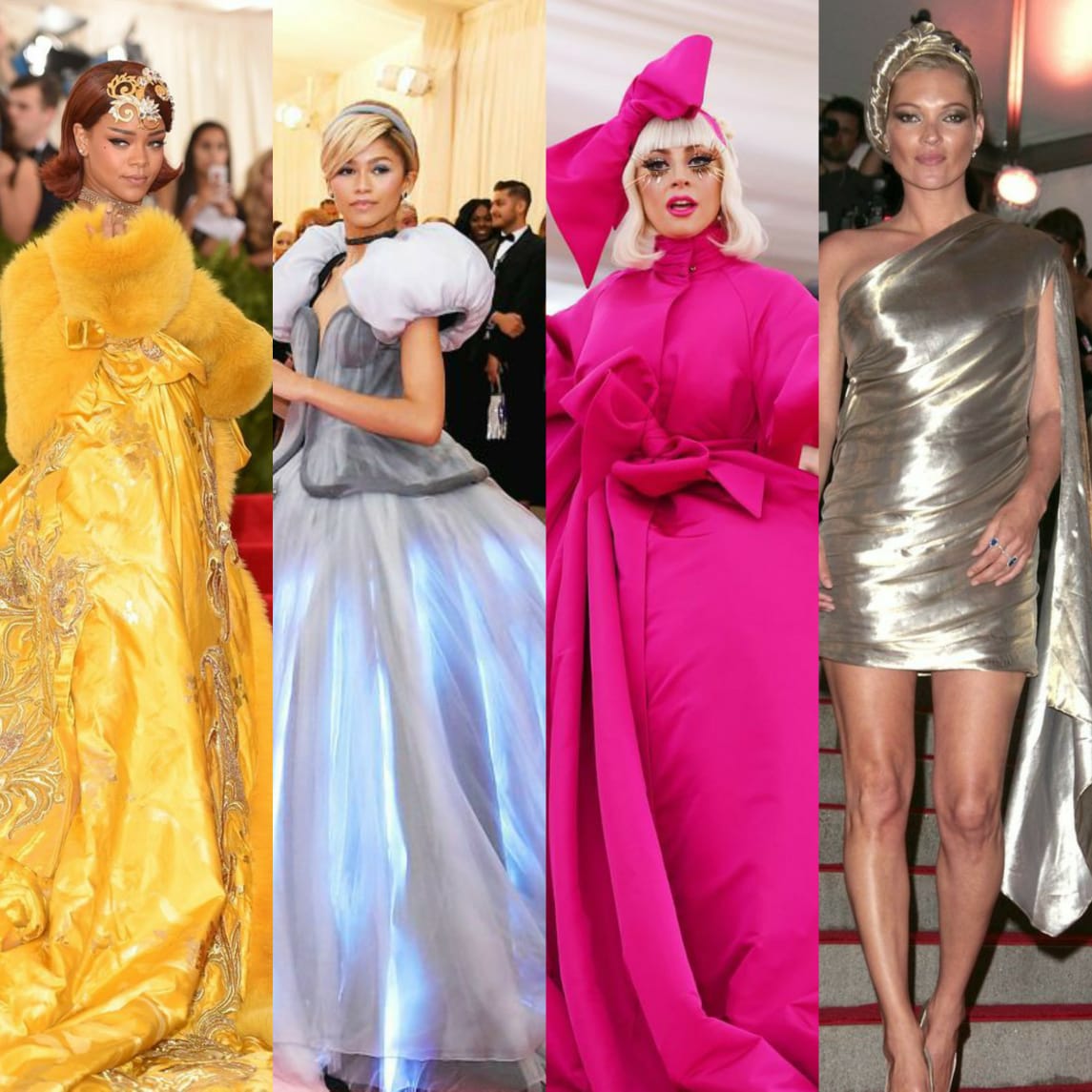 The Met Gala’s red carpet is a place where celebrities are encouraged to pull out all the stops affectionately referred to as ‘fashion’s biggest night out’. Every first Monday in May, celebrities take on fashion’s favourite red carpet at the steps of the Metropolitan Museum of Art, showing off highly-anticipated looks before entering. This year has been drastically different, with the Gala postponed until the fall due to COVID-19.

Although we won’t be following along as our favourite celebrities emerge on the Museum’s steps, this is definitely the perfect time to look back on our favourite iconic appearances of all time.

Commonly referred to as “Goddess of Pop” Cher attends the “Romantic and Glamorous Hollywood Design” themed gala in an original Bob Mackie design and we all can never get over this look for sure.

American model and actress Stephanie Seymour appears on the carpet in a navy Azzedine Alaia Dress.

The Queen of Motown attends the “Goddess: The Classical Mode” in a ravishing red Gucci gown.

At the 2009 “The Model as Muse: Embodying Fashion” themed gala, Kate Moss appeared in a shimmering champagne-coloured Marc Jacobs gown and turban. Known as one of the Marc’s major muses.

Victoria Beckham appeared with husband David Beckham in their finest white tie regalia. After being on multiple worst dressed lists since 2003 she showed an evolved version of her style on the red carpet of “Charles James: Beyond Fashion” themed gala in one of her own designs.

Choosing just one outfit from 2015 met gala is for sure a difficult task. It was a night producing one of the most memorable red carpet look to date. Rihanna arrived at the museum in Guo PeI couture gown worthy of an event headliner. This dress is memorable for its dramatic train and Rihanna definitely carried this dress like a queen. The dress is now available to view in a museum exhibit of its own.

Beyonce made her red carpet appearance at gala in 2016 only moments after releasing her album Lemonade. For the “Manus X Machina: Fashion in an Age of Technology” themed night the award-winning performer wore a custom blush coloured latex gown by Givenchy, embellished with intricate beadwork creating drip like illusions on the skin-tight dress.

Bella Hadid skipped the usual gowns to don a curve-hugging glittering catsuit by close friend and designer Alexander Wang. The theme of the night being “Comme des Garcons’s Rei Kawakubo” Hadid was actually sewn into the catsuit to ensure the right fit and she accessorized it with matching diamond snake cuff on both wrists.

Cardi B shut down the red carpet at the 2018 “Heavenly Bodies: Fashion and the Catholic Imagination” met gala with a regal pregnancy moment, wearing an ornately embellished Moschino by Jeremy Scott gown.

The Queen of Camp, Lady Gaga arrived onto the red carpet with a set of gilded lashes and a 25-foot magenta train and amazed us all.

For the theme of camp: Notes on Fashion Kim wore a Thierry Mugler dress designed to look like she’d been caught in a rain shower. The body-hugging dress fitted her like a dream and highlighted her hourglass figure.

Too many favourites from 2019 gala because we seriously can’t choose just one. Zendaya dressed as Cinderella in a light-up Tommy Hilfiger dress and her stylist, Law Roach dressed as her fairy godmother is something that we all have dreamed in our childhood.