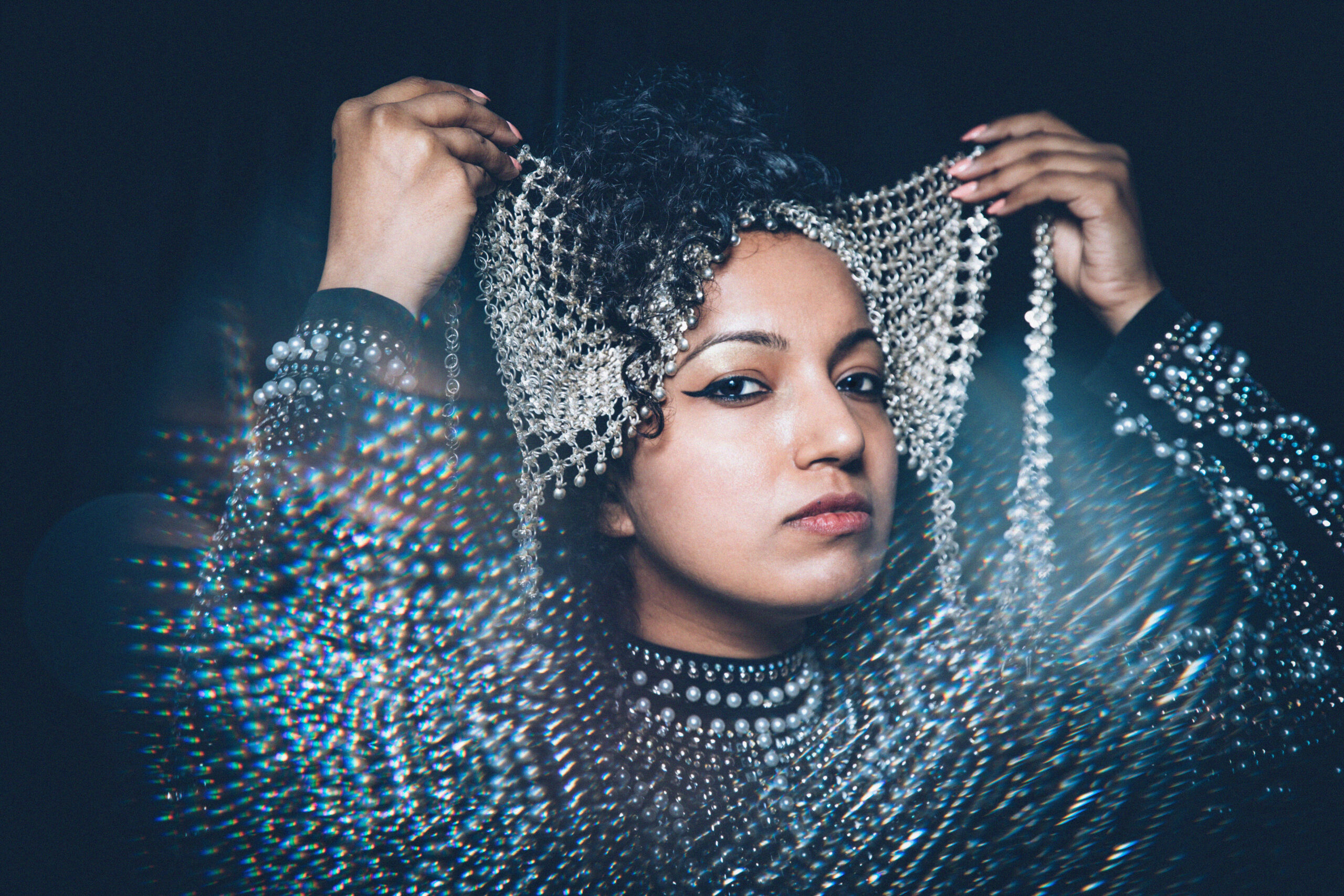 Shilpa Ananth is an Indian singer-songwriter based in Brooklyn, NY. With a unique sound that fuses the dreamy landscapes of South India with Soul, Jazz, and Electronic influences, Shilpa brings together 3 of the oldest Indian languages – Tamil, Malayalam, and Hindi – with English, creating art that transcends borders and cultures.

Contents
1) When did your journey as a musician begin?2) Tell us more about the experience of fusing different languages in your music.3) Which has been your first track? 4) Who has been your inspiration?5) Where do you see yourself in the next 5 years?6)How would you describe your music?7) Which has been your most memorable song or project?8)What advice would you give to the aspiring musicians?9)Share some of your achievements with the magazine.10)How was life in quarantine?

Here is Shilpa in a conversation with GOGO Magazine.

Growing up in Dubai, parents wanted me to have a traditional Indian upbringing and so by the age of 3 I was already attending classical music ‘Carnatic’ voice lessons, and a few years after that I also began taking classical dance ‘Bharathanatyam’ lessons.

Though no one else in the family has pursued music professionally, it is an integral thread in the fabric of our existence. Whether it was spiritual, or classical, or folk, or film songs, my home was filled with sound all day every day. Then as teens, my brother Suraj introduced me to western music, varying genres like pop, r&b, jazz, rock and hip hop, and I felt the magnetic pull towards the voices of Norah Jones, Ella Fitzgerald, Nina Simone, and Erykah Badu.

2) Tell us more about the experience of fusing different languages in your music.

It’s what feels most natural to me since I think, speak, dream, argue, laugh, and feel in Malayalam, Tamil, English, and Hindi. So writing and expressing myself musically through these languages truly feels like a direct extension of my creative spirit, and as though I’m channeling a deeper part of my self through each song.

Top of that list would be – AR Rahman, James Blake, Hiatus Kaiyote, and Bombay Jayashri.

Touring the world, writing and creating meaningful art, teaching, and empowering women with my music.

Shooting the epic 4 day music video for my latest release Fear, in Jaipur, while celebrating my birthday doing what I love, just before the pandemic and lockdown hit us in March is one of my favorite and most memorable moments for sure.

Another close one would be getting nominated for a Grammy for being a featured artist on Thana Alexa’s album ‘ONA’, during the initial madness of the pandemic, at this years’ ceremony, which reaffirmed my faith in staying true to my musical path no matter how crazy or unstable it got.

I would say the opportunities to find your voice are endless and attainable, as long as you have the fire within you to be heard, to be discovered, to get back up and put yourself out there no matter how many times you fall.

This path is not easy by any means, so you really need to love it, be willing to be patient with yourself (and your possibly very worried family), and celebrate the little wins along the way, in order to move forward.

Here’s my bio, which has all the highlights that you may use as you wish –

Shilpa Ananth is an Indian vocalist, songwriter, and performing artist based between the US, and the UAE. With a unique sound that fuses the dreamy landscapes of South India with Soul, Jazz, and Electronic influences, Shilpa brings together 3 of the oldest Indian languages – Tamil, Malayalam, and Hindi – with English, creating art that transcends borders and cultures.

She has also toured extensively with Serbian female vocal group ‘ROSA’, The Berklee Indian Ensemble, Women of the World, and the ‘Bollywood Boulevard’ musical production, performing at several prestigious venues around the US such as Boston Symphony Hall, Carnegie Hall, Lincoln Center, Apollo Theatre, NJPAC, Wolf Trap, and The John F. Kennedy Center, to name a few.

Shilpa is a featured vocalist on the recently Grammy-nominated album ‘ONA’ by Thana Alexa, as well as an awardee of the title ’Best Independent Artist’ at the Blue Rhymez Entertainment Honorary Awards 2020.

She is also a recipient of both the New York Foundation for the Arts (NYFA) Women’s Fund for Media, Music, and Theatre 2020, as well as the Music Grantee 2020, for the Café Royal Cultural Foundation, New York.

Shilpa is currently finishing up her second EP of original music titled ‘Reproduction’, set to release in Summer 2022.

It drove me insane, and at first I lost a lot, like my gigs, plans for music releases, my flight back to New York, as well as my

apartment in Brooklyn, and felt myself going into a long period of grief.

But overall I believe it worked out to be a blessing as it made me sit down and channel all that energy, fear of the unknown, and anxiety, into creating new music. And then I also ended up getting a teaching job at the newly opened Berklee campus in Abu Dhabi, as well as perform at the biggest platform here currently at Expo 2020 Dubai, so all in all in the most mysterious of ways, things have been working out in a beautiful way.