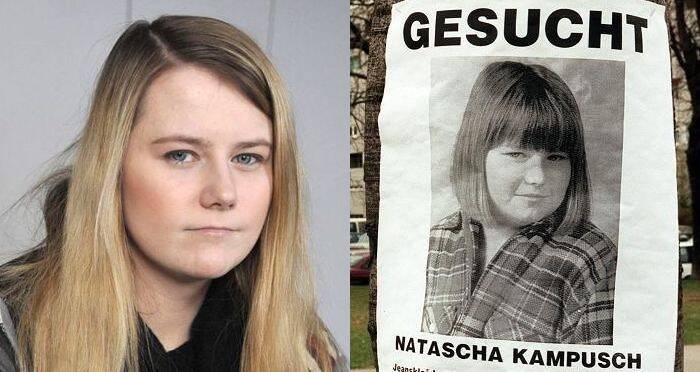 She was a 10-year-old normal school going girl when a nightmare occurred and she became a victim to her kidnapper for 8 years. It was 1998 when she was snatched on her way to school by her kidnapper Wolfgang Priklopil. After being kept in the basement of Wolfgang for 8 years, suddenly in the year 2006, Natascha reappeared on the roads of Vienna as she miraculously saved herself from her kidnapper.

As she escaped this dreadful series of her life she is now a 33-year-old woman who has written a novel named 3096 days which talks about her experience and how Wolfgang had an admiration for Adolf Hitler and wanted her to feel like a Nazi victim.

Natascha came out of the whole situation in a way that is phenomenal as being a little girl being kidnapped and given life as torturous as what she experienced, she did not lose hope and actually became stronger.

She used to write a diary on toilet paper which she used to keep hidden from Wolfgang, in the memoir she has explained how her childhood was spent with neighbours who were alcoholics and also about her separated parents who used to slap and also insult her. Though she was already suffering from her parents and surrounding, she could measure it with the torture she faced during her time in the basement.

She lived a life which started with Wolfgang being a good person bringing gifts, talking to her but slowly after a few years things changed she was treated more like a dummy who can only speak when he wanted had to do things which were told.

In her memoir she discusses how she also tried to kill herself, he used to hit her when he wanted to save herself from it she sometimes used to hit her own self to make him stop doing it to her. She after escaping from it after years of being tortured wanted to remain strong and not become a victim, there were people who criticized her wanted to see her as a victim when she declined to be one people started saying she was suffering from Stockholm Syndrome.

Natascha has a story that is different and tells about someone who has suffered her childhood but still did not lose hope and saved her life and made us realize the importance of keeping hope alive within us. Her memoir 3096 days is now also a very famous movie.