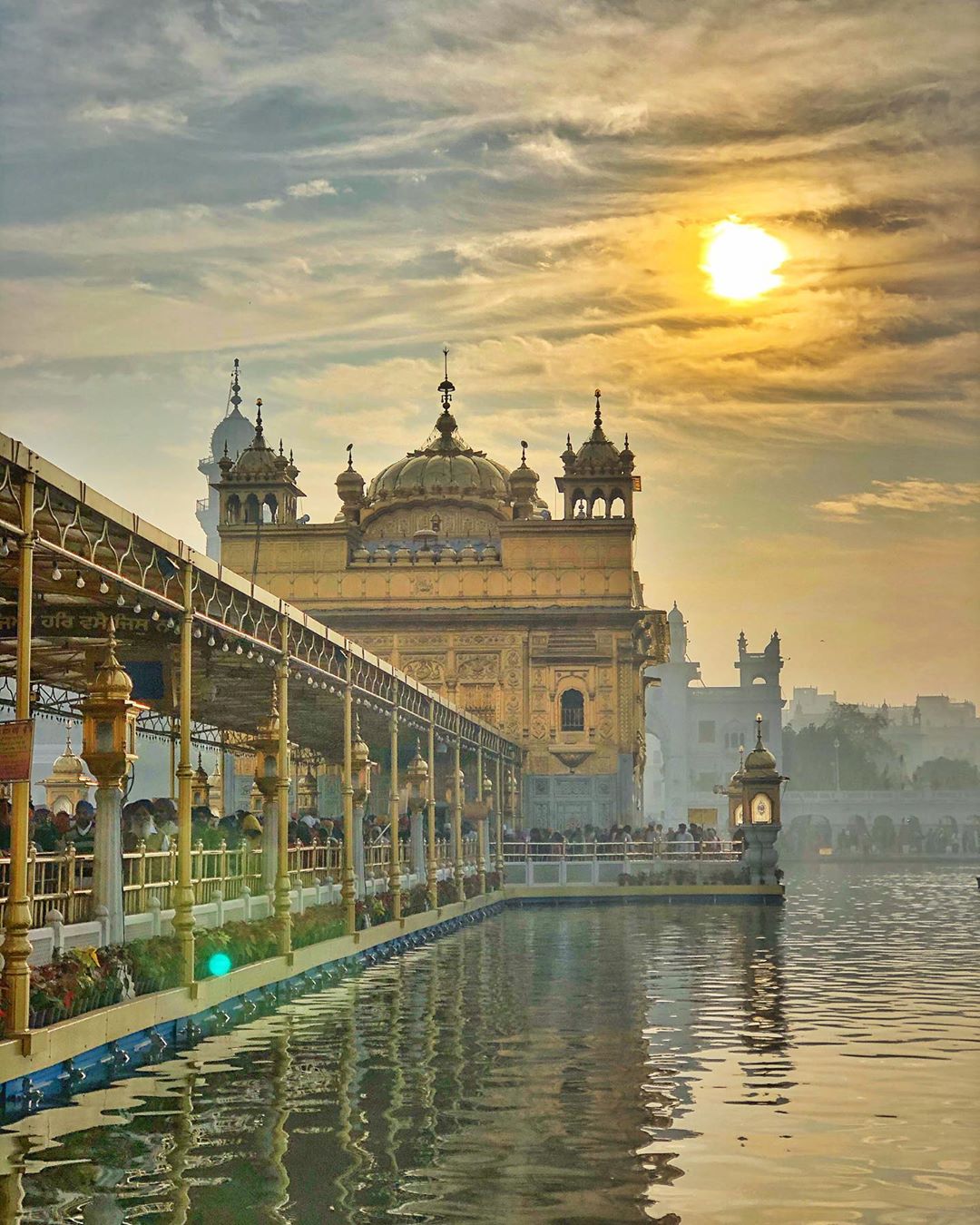 ‘The holiest shrine of Sikhs’

The Golden Temple in Amritsar, India is not only a central religious place of the Sikhs but also a symbol of human brotherhood and equality. Everybody irrespective of caste, creed or race can seek spiritual solace and religious fulfillment without any hindrance. It also represents the distinct identity, glory, and heritage of the Sikhs.

Also known as Harmandir or Darbar sahib, the temple is a white and gold majestic building, the foundation of which was laid by the Muslim saint, Mian Mir, an admirer and friend of Guru Arjan. The temple is built on a 67-ft square of marble and is a two-storied structure.

The top structure of the temple is covered with pure gold leaf, hence the popular name Golden Temple. Inside the temple lies the holy book of the Sikhs – the Granth Sahib. The Granth Sahib is kept in the temple during the day and in the Akal Takht or the Eternal Throne in the night.

The spiritual focus is the tank, the Amrit Sarovar, which surrounds the glistening central shrine. Amritsar takes its name from this Amrit Sarovar which was excavated in 1577 by the fourth Sikh guru, Guru Ram Das. Embraced by marble stairways, the tank is believed to have healing powers that can cure many diseases.

The Golden Temple has a unique architecture. Built at a level lower than the surrounding land level, The Gurudwara teaches the lesson of egalitarianism and humility. The four entrances of this holy shrine from all four directions, signify that people belonging to every walk of life are equally welcome.

The ‘Guru ka Langar’ offers food to all visitors. Every Indian once in a lifetime should visit this holy shrine. You will be in awe of its divine calmness and the radiating beauty it holds. Before entering the temple, you should remove your shoes and cover your head. Free kitchen and recitation of the divine word never cease here. Its divinity is a thing that can only be experienced and not described.

Around the edge of the compound, there are more shrines and monuments. The Sikh museum is located inside the main entrance clock tower which shows the oppression endured by the Sikhs at the hands of the Mughals, the British and the Indian Government of 1984.

The Ramgarhia Bunga is a protective fortress located at the southeast end of the tank and is surrounded by two Islamic-style minarets. Golden Temple is indisputably one of the most exquisite attractions in the world.
.
.
.
.
.
.
.
.
.
.
Follow the traveler: https://www.instagram.com/adichichu16/