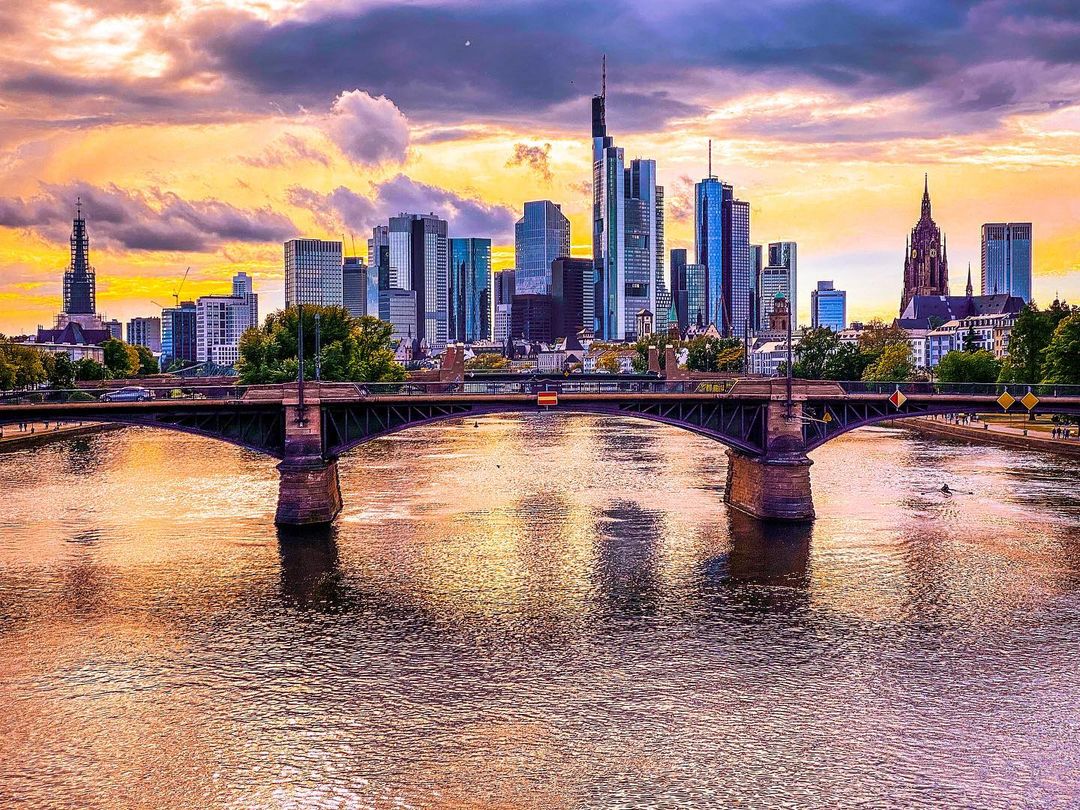 Frankfurt is the most populous city in Germany. It is a business and financial hub of Germany and the largest city in the German state of Hesse. The city is recognized for its futuristic skyline and the busiest German airport. Frankfurt is situated on the river Main. It is regarded as the financial capital of Continental Europe, the transportation core of Germany, home of European central bank and German stock exchange, and home to influential educational institutions, such as the Goethe University, the UAS, and some graduate schools like Frankfurt school of finance and management. To add stars to the city, it hosts some of the world’s most crucial trade shows, like the Frankfurt Auto Show and the Frankfurt Book Fair.

A CITY OF CONTRASTS

Frankfurt is the city of contrasts because affluent bakers, students, and granola drop-outs live in a city. The city has some of the highest, most splendid skyscrapers of Europe beside well-maintained old buildings. It is a destination where Germany’s most autobahns and railways intersect. Around 350,000 people travel to the city every day, and 764,000 people already reside here. Therefore, it is considered the most diverse city in Germany with the highest percentage of foreigners in the country. It is also a hub of numerous museums, theaters, and world-class opera, such as Romer Square, the cultural landscape, and the museums at the river Main.

Frankfurt is enriched with a large forest, several parks, the Main riverbanks, and the two botanical gardens. Therefore, it is described as a green city with more than 50 percent of the area under protected green cover. The green belt is a ring-shaped public and protected green area surrounding the city. Mainuferpark is an auto-free area with large green areas that is famous for strollers and tourists and is used to describe the inner-city Main riverbanks. Wallanlagen is a series of parks, and the most famous among them is the Alte Oper at the Opernplatz. Similarly, Frankfurt has Nizza Park, Garden of heavenly peace, and other parks.

Frankfurt has many attractions for tourists. Starting from its skyline, which is remarkable for the country as it has some of the tallest buildings in Europe. It gives a metropolis look to the city, and that is why Frankfurt is sometimes called Mainhattan. Campus Westend is an interesting campus of the Johann Wolfgang Goethe-University of Frankfurt. To enjoy the tour of the city, choose Ebbelwei Express because it is a special train that has music, apple wine, and pretzels for travelers. St. Leonhardskirche is an old Romanic church that was built in 1219. And lastly, there is Bornheim which is a residential place with a lively market and eye-catching medieval houses which survived the war.

Frankfurt is a must-visit city of Germany because it is a culturally, ethically, and religiously diverse country with a majority of young population, having a migrant history. It has so much to offer to its visitors, starting from commerce to transportation. The city is famous for its educational institutions, botanical gardens, skyscrapers, museums, concerts, football clubs, basketball clubs, and internet exchange points. And the best time to visit Frankfurt is from late spring to early autumn because summers are sunny and warm. Whereas it rarely snows in winters, but the weather stays cold and rainy.