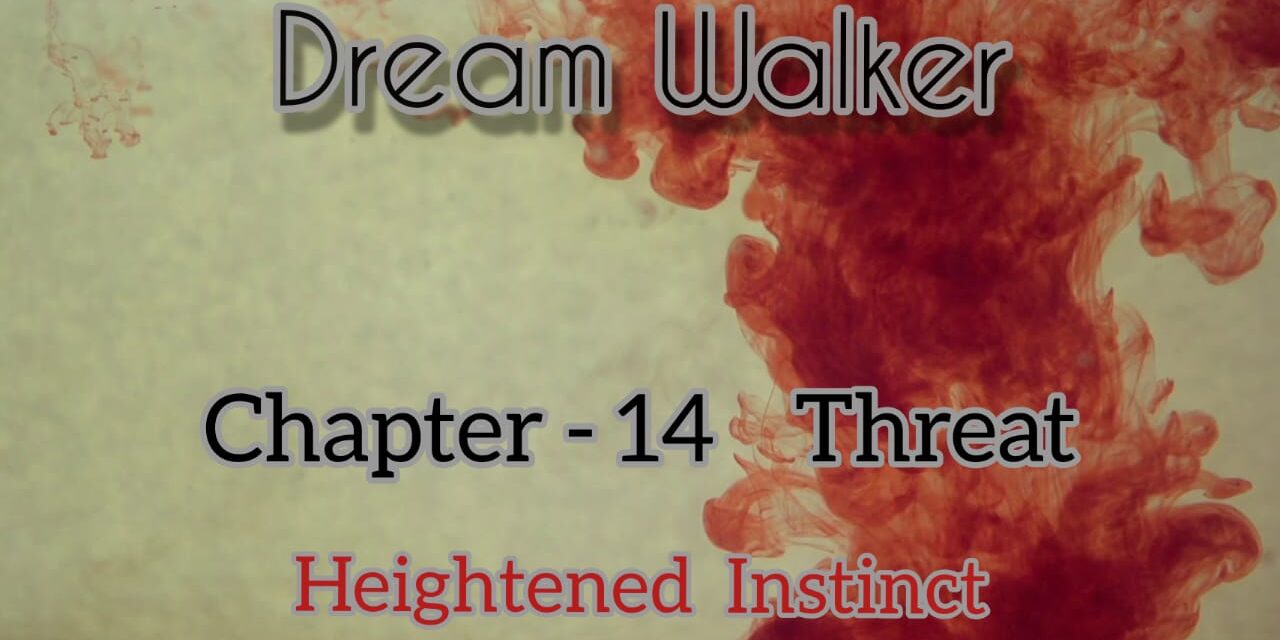 Sally deposited the blood samples at the reception counter to Daisy. She was surprised to find that Anna was missing from the reception desk. “Tell your friend that I’m done working extra for her”, Daisy said in an annoyed-exhausted tone. She was clearly tired. Sally thought about talking to her and cheering her up a bit, but, she wasn’t Lauren, she told herself. Besides, she wasn’t sure if even Lauren was Lauren anymore. She just nodded her head and walked away. “Where is this woman now. She’s always missing when I need her”, Sally muttered to herself, cursing Anna’s cute and smiling picture on her contact list. She didn’t pick up her phone. Sally decided to take a walk in the park and think about all the things she had on her mind. The box of medicines was still missing and nobody had enquired them about it, but how exactly had they disappeared if Wilson hadn’t taken them? Katsumi, who now kept a knife concealed in her clothes at all times had texted her that she didn’t find any suspicious movements around her apartment. That confirmed that Katsumi was just a random target. The map of Feli-City, which was marked at various places on Sally’s phone, showing the places where the vampire had attacked didn’t form a pattern either. Her head also faintly had Charlie in it. He recovered way too quickly for someone who had met a fatal accident. Not just that, he simply disappeared after his recovery. Although it wasn’t possible that an injured man like him could’ve caused anything, but he certainly knew something. Something about Lauren.

The thought of Lauren simply scared Sally. While it didn’t make sense for Lauren to be even remotely related to all this madness, all the clues said that she was right at the center of it. “But I’ve known her all my life! We studied together, do the same job at the same workplace in the same room…” just then something clicked in her head. Apart from Wilson, only she and Lauren had access to the laboratory. “What if…” Sally tried to stifle the stifling thought as soon as it popped in her head. Thinking of Lauren as the vampire was scary and painful enough in itself. Thinking of her alter ego as the medicine thief was an additional burden Sally didn’t want to carry. “That hedonistic blonde man”, Sally said out loud, trying to convince herself, “he’s the one who stole the medicines”.

“Have you noticed how weird Sally is these days?” Lauren asked Anna as they both sat outside a small cafe near the Western entrance of the hospital. “You mean how normal she is these days? Yeah, that’s weird”, Anna laughed. “Come on, Anna. I’m serious. I have never seen her so… inactive. So inert”, Lauren said. A few slight lines had formed on her forehead. “People are usually so inert and calm when they’re observing something. What do you think she’s observing?” Lauren asked. Unable to take even a single sip of her coffee. “Well, she’s obsessed with the vampire, isn’t she? Anna said, her coffee almost finished. She then burst into a short laughter saying, “and more than that… I think she’s more obsessed with playing Dr. Sharper”. “But why around us, Anna? She can involve us in whatever she’s up to, can’t she?” Lauren said, almost agitatedly. Although Anna didn’t say a word, she knew exactly what Lauren was talking about. Especially since she was tasked to keep Lauren engaged by Sally two times. While Sally never mentioned any reasons for her actions, these few days, her behavior really was suspicious. But, Anna’s gut trusted Sally, so she played along. “Who knows? Maybe she thinks we’re too dumb to make sense of anything”, Anna said finally when she noticed that Lauren’s eyes were not leaving hers. “And you’re not wrong there”, said Sally as both Lauren and Anna turned back to see her coming their way.

“Right about what, Sally?”, Lauren asked innocently. “That you people are too thick to understand anything, what else?” Sally said as she pulled herself a chair. “But, how did you know what we were talking about? There are almost a hundred people talking here and Anna here is definitely not among the loudest people who exist”, Lauren said, her eyes fixed on Sally. “Well, I have sharp ears. I’m not Dr. Sharper for nothing”, Sally almost sniggered when Lauren snapped. “Cut the crap, Sally”, Lauren almost yelled. “Whoa! What was that?” Sally said, completely taken aback. “I said, cut the fucking crap!” Lauren screamed, turning a dozen curious as well as alarmed heads toward herself. “Why don’t you simply fucking admit that you were eavesdropping? That you are secretly watching my every move?” Lauren went on. “What do you mean? Why on earth would I secretly watch you? Considering the fact that you’re around me almost all the damned time?” Sally said, her ears turning red. “Well, I was getting the feeling that I am being watched at the pub last night. I felt a pair of eyes were following me around, and there you were behind the counter of the bar. I also noticed how careful you were while drinking last night. You were drinking only when I was challenging you to, and you were constantly watching me drink. That guy you were making out with last night. You were just using his lips to hide your face behind him, weren’t you? And the best part, you were even waiting for me to sleep last night!” Sally couldn’t believe her ears as they turned as red as Lauren’s hair. She had flawlessly noticed each and every detail and had caught Sally red-handed.

Lauren had her arms as well as her eyebrows crossed. Sally had not expected this turn of events. But this wasn’t the time to be stupefied, so, Sally, being Sally, smoothly tried to lie her way out, “I was waiting for you dimwits to notice me at the pub last night, and, I just couldn’t keep my eyes off you and the guy you almost hooked up with last night”, Sally said effortlessly. “And, about the drinks… I was watching you because some sicko was staring at me. I was getting uncomfortable. I just wanted to give him the impression that I’m interested in women”, Sally said matter of factly. This made Lauren loosen up a bit, but she completely cracked up when Anna laughed. Sally’s brave pose wasn’t a mere pose anymore as even she started laughing and all the heads now looked away. “I’m sorry, Sal. I don’t know what took over me. I was somehow feeling a little threatened by you. I didn’t even know when I noticed you noticing me either”, Lauren said and let out a yawn. Sally was glad that she didn’t have to explain watching Lauren fall asleep. “Well, if you don’t mind being watched… Wanna come for another sleepover tonight?” Sally offered. Lauren pretended to think about it, and then agreed merrily.

Sally had made all the arrangements she had to before picking Lauren up from the hospital. She was almost convinced that Lauren really was connected to the vampire. She still didn’t wanna believe if Lauren herself was the vampire, but she was gonna find that out tonight once and for all. Both Sally and Lauren upended their cups of the magical tea Anna’s sister used before sleeping and went to bed. Sally was both determined and scared. She didn’t wanna expose her heart to Lauren, but she didn’t wanna show her back to her either. Not that she had the strength to fight a vampire, but she was still tensed. She had to make sure that she wasn’t caught tonight. Lauren’s senses sense threat. But tonight, Sally was ready.

“Yes, sir”, said a slightly gruff voice on a phone. The man was slightly rubbing his collarbone which still hurt. “I have my eyes on the target. We also know the identity of the threat now. Yes. It is heading towards the East side of the city for some reason”, the man zoomed in with his binoculars on the alien-like creature who was dreaded as the Feli-City vampire. “Yes, sir. The person who has the power of the ice primordial is Sally Harper”

Private, but not limited. I look at everything in life as a story, and like to see the world as a collection of several beautiful stories weaved into one. 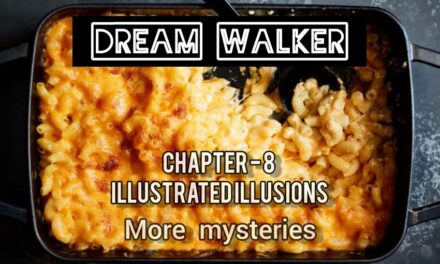 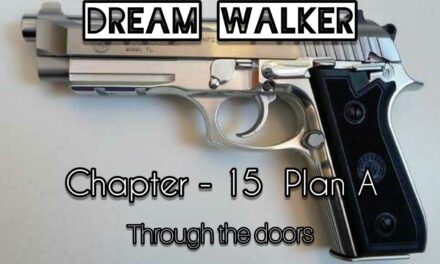 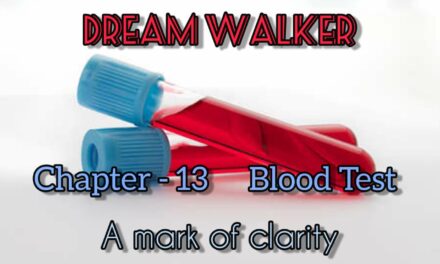 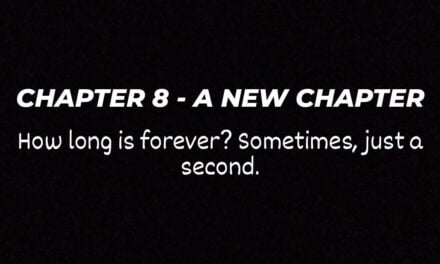