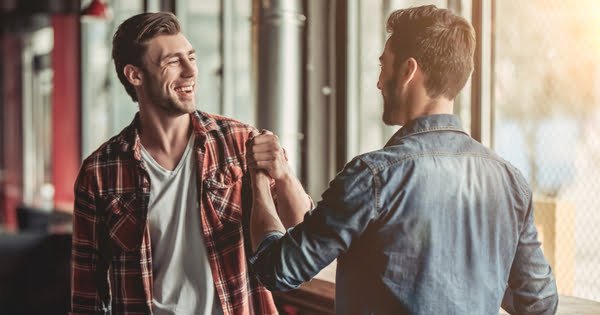 A bond between both men are always stronger than men and women they are bonded together and this bond between them is regarded as the golden rule.

This word was referred 1st time at the television show ‘The Office’ and later got popularized, men friendships have always been referred to in various famous movies and shows, they are known to be bonded together.

A male friend will never leave his friend’s side and will always be there to back up his friend in every situation be it a girl or family or life decision. A male friend to another male friend is not just a friend but more like a brother, they believe in a friendship where the jealousy, hatred and everything is kept aside.

If a man is lucky enough to find his squad of friends or even one who is more like a brother to him and is always there to save him he has won a jackpot. It’s somehow very hard to find any kind of jealousy between them they love each other and care for one another like no one else.

If his bro has gone through a heartbreak his other friends are always there to save him from the heartbreak by just being there for them.

There is also a book written by Barney Stinson which is titled as The bro code that talks about rules of what bros should do and not to do.

A connection of friendship that men share without flaunting it is one that is hard to not praise, it is pure and beautiful to not applaud for.

Yeh dosti hum nahi todenge is the actual signature song for all the men who shares a connection of brother hood.