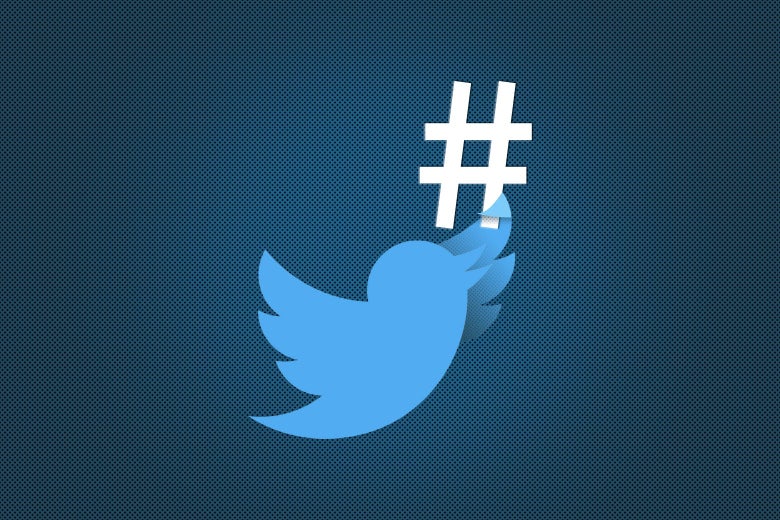 Here’s How People In India Are Manipulating Twitter Trends To Spread Political Propaganda:

An analysis found that at least 10 political hashtags that appeared in the top 10 in Twitter’s trends column in India during the last two months were the result of organized campaigns, Twitter is facing serious scrutiny in the United States over revelations that Russian state-linked trolls exploited its platform in an attempt to sow discord in American politics, and it’s making attempts to be more transparent about promoted tweets. But in India, the company’s fastest-growing market, politicians and their supporters have discovered an effective way to spread propaganda without paying Twitter a dime: hijacking the trending column with targeted hashtag campaigns.

An analysis found that at least 10 political hashtags that appeared in the top 10 in Twitter’s trends column in India during the last two months were the result of organized campaigns that gave people tweet templates and urged them to post duplicate tweets to promote the hashtags. More than 50% of the tweets containing these 10 trending hashtags had duplicates, and many seemed to be copy-pasted from these tweet templates. There were nearly two dozen other political hashtags that trended in this timeframe but their popularity doesn’t seem to have been the result of orchestrated campaigns.

Spamming Twitter with duplicate tweets is a violation of Twitter’s rules, which say users aren’t permitted to “post multiple updates to a trending or popular topic with an intent to subvert or manipulate the topic to drive traffic or attention to unrelated accounts, products, services, or initiatives.” A Twitter spokesperson told news media “Any use of automation to game Trending Topics is in violation of the Twitter Rules, and we have had measures in place to address this since the spring of 2014.” Still, that isn’t stopping these campaigns that make political propaganda trend on the platform in India.

India’s politicians take the social network seriously, and, just like their counterparts in larger markets like the US and the UK, they use it as their bullhorn for everything from official announcements to taking potshots at rivals. India’s Prime Minister Narendra Modi, who has 36.5 million followers, is the world’s second-most followed political leader, trailing only Donald Trump, Getting political propaganda to trend on Twitter is an effective way to influence the public. “Twitter is where Indian politics now happens, and where opinions are formed, and where the agenda is set,” said Pratik Sinha, founder of Alt News, a leading website that busts Indian fake news and hoaxes. “Twitter is where the most important people in India’s politics and media are.”

These political hashtag campaigns now trend so frequently on Twitter in India that websites like Sinha’s Alt News and Twitter account like @trollabhakt have taken it upon themselves to track the phenomenon. @trollabhakt, an anonymous user who described himself to media as a techie “who is disgusted by all these fake trends, and who doesn’t support [n]or is a member of any political party,” uses a custom Python script to collect tweets from Twitter’s API. He then collates tweets participating in organized hashtag campaigns in Google spreadsheets, which he links to on his Twitter account. News media used some of @trollabhakt’s data in its analysis on hashtags like #ModiTransformsIndia that glorified India’s prime minister, #BJPMoneyLaunderingDay, used by BJP critics to lash out against demonetization, and #LiesAgainstShah, which circulated after a publication alleged that a company owned by the son of a prominent politician had received undue benefits from the government, Getting a political hashtag to trend on Twitter has implications beyond the social network. At the end of August, for instance, an orchestrated campaign made the hashtag #DemonetisationSuccess the No. 1 trend on Twitter in India for over 10 hours. India’s central bank had announced only a day earlier that demonetization Narendra Modi’s abrupt decision to ban 86% of the country’s currency bills and swap them out for new ones, ostentatiously to weed out illegal cash hoarders had effectively failed in its objective, What started off as an organized campaign by relative Twitter nobodies, such as this no-bio account with 42 followers, and this digital advertising professional with 210 followers, eventually blew up so much that official accounts of the BJP, India’s ruling party, and the country’s most prominent politicians, such as its minister for information and broadcasting, used the hashtag in tweets.

While most signs point to demonetization being a failure, official government Twitter accounts used the popularity of #DemonetisationSuccess to hail the success of the demonetization effort. The hashtag campaign didn’t quite convince people, but it did distract them from the reporting on the failure of the program, Three days after the hashtag trended, Sinha uncovered a Google document being passed around on Twitter. He found it by setting up an alert in Tweetdeck for the terms “trend alert” and “docs.google.com” terms that he knew were used to spread documents containing tweet templates in both English and Hindi, and instructions for how to make a hashtag #DemonetisationSuccess in this case trend at a particular time, Screenshot of the #DemonetisationSuccess Google document that Pratik Sinha uncovered. The document has since been taken down.

Overwhelming Twitter’s trending topics algorithm to create a trend on demand isn’t new. It’s the same trick that the notorious internet forum 4chan used back in 2009 to flood Twitter with the decidedly NSFW #GorillaPenis hashtag by creating fake Twitter accounts that tweeted it thousands of times to make it a trend. 4chan called the project “Operation Shitter” and posted a detailed list of instructions to make a hashtag trend similar to the instructions Sinha found. Twitter manually removed #GorillaPenis from its trending column, but tweets with the hashtag are still visible.

Earlier this year, trolls used similar tactics to orchestrate a harassment campaign against Dhanya Rajendran, the editor of an Indian news website, by flooding the platform with the hashtag #PublicityBeepDhanya and getting it to trend. Twitter manually removed the trend only after Rajendran called people at the company who she knew personally.

And it’s the same method that digital marketing agencies in India use to orchestrate marketing campaigns, by paying influencers to help brands trend on Twitter in India, according to a report the Indian business publication Mint published last year. “No matter what your brand is, we can make it a trend, guaranteed,” the head of a Mumbai-based digital marketing agency who wished to remain anonymous told media. “Our clients see getting into Twitter’s trends as something impactful. It’s the best kind of marketing for relatively little money.”

Another Mint report published in 2016 speculated that digital marketers had collectively made more money gaming Twitter than Twitter itself had made in India in the last few years. Twitter did not respond to the media’s query about this.

“Twitter is basically where [all this] goes down,” Sinha told the media. “There’s no other place to get something like this to instantly snowball.” The spreadsheet advising on how to make the #DemonitisationSuccess trend was taken down after Sinha wrote about it on his website, but eventually, more spreadsheets meant to promote other propagandistic hashtags surfaced, such as this one with instructions and tweets templates for making a hashtag called #MyNewIndia which glorifies Modi trend.

“If you keep aside the moral and ethical implications of doing this, it’s marketing 101,” Karthik Srinivasan, national lead at [email protected], the social media arm of advertising firm Ogilvy and Mather, told media. “Most things, like Twitter’s retweet feature, were created by Twitter users before Twitter baked them into its product. So getting something to trend in this way is just people being clever with using Twitter’s own tools and Twitter just sitting around doing nothing as usual.”