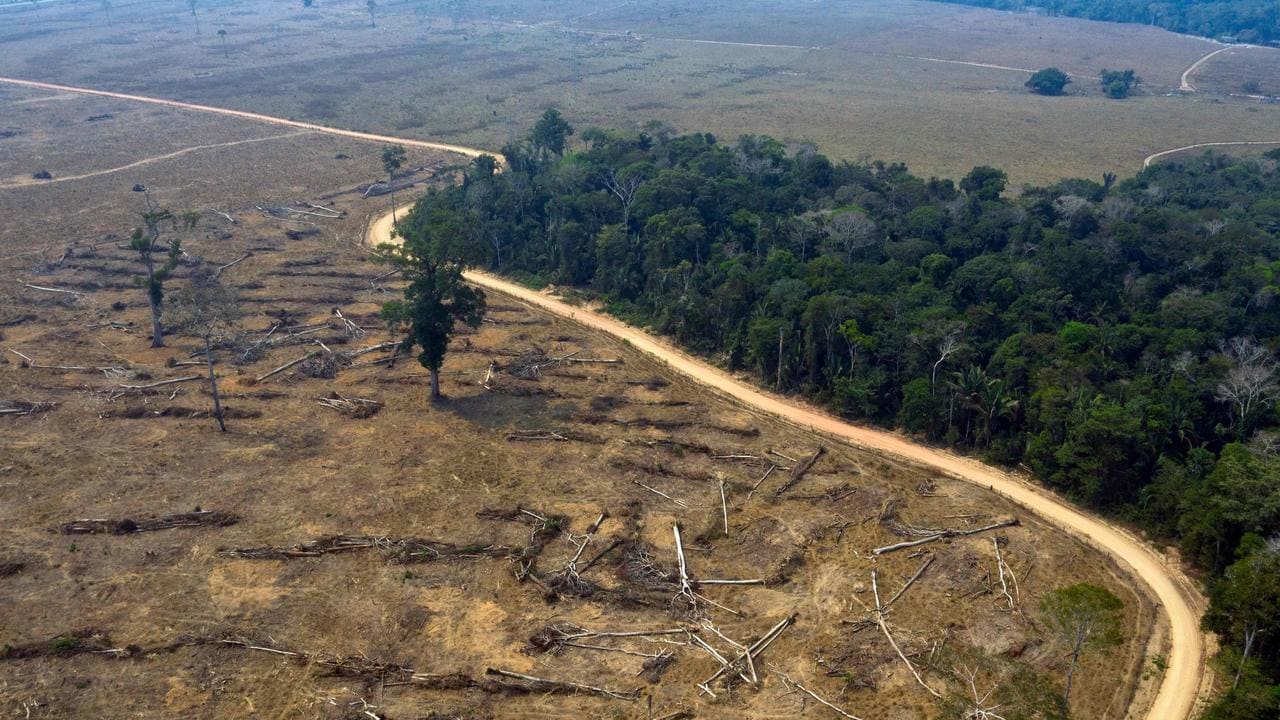 The fires in the Amazon region in 2019 were unprecedented in their destruction. Thousands of fires had burned more than 7,600 square kilometers by October that year. In 2020, things are no better and, in all likelihood, maybe worse.

According to the Global Fire Emissions Database project run by NASA, fires in the Amazon in 2020 surpassed those of 2019. In fact, 2020’s fires have been the worst since at least 2012, when the satellite was first operated. The number of fires burning the Brazilian Amazon increased 28 percent in July 2020 over the previous year, and the fires in the first week of September are double those in 2019, according to INPE, Brazil’s national research space agency.

Despite the surge in fires, international attention has waned in 2020, likely due to the COVID-19 pandemic. Yet the degradation of the Amazon rainforest has profound consequences from climate change to global health. As much as 40% of the Amazon risks crossing a tipping point from rainforest to savanna as greenhouse gas emissions reduce the rainfall needed to sustain its unique ecosystem, scientists said Monday.

Forests are particularly sensitive to changes that affect rainfall for extended periods, and trees may die off if areas go too long without rain. This can have significant knock-on effects on nature with the loss of tropical habitats as well as the climate as shrinking forests lose their ability to absorb manmade emissions. It also increases the risk of fire. A team of Europe-based scientists used the latest available atmospheric data to simulate how tropical forests might respond to changing rainfall levels.

In particular, they simulated the effect of continued emissions from burning fossil fuels between now and the end of the century. They found that rainfall in the Amazon is so low already that up to 40% of it risks tipping over into a savanna-like environment, with far fewer trees and far less biodiversity.

SPECIES ARE IN THREAT

The study, published in the journal Nature Communications, explored the resilience of tropical rainforests under two additional extreme scenarios. In the first, researchers looked at how fast the world’s forests would grow back if they suddenly disappeared.
The second studied what would happen if rainforests covered all tropical regions on Earth.

They found that many of the world’s rainforests would struggle to grow back once lost, leading to a far wider savanna-like mix of woodland and grassland. In addition to the Amazon loss, the team found that the forest in the Congo basin was at risk of changing to savanna, and that large swathes would not grow back once gone.

The Amazon rainforest covers approximately eight million square kilometres an area larger than Australia and is home to an astounding amount of biodiversity. It helps balance the global carbon budget by absorbing carbon dioxide from the atmosphere, and plays a key role in the global water cycle, stabilizing global climate and rainfall. A nine nation network of Indigenous territories and natural areas have protected a massive amount of biodiversity and primary forest. Yet these lands are under siege. As of 2019, an estimated 17 per cent of the Amazon’s forest cover has been clear-cut or burned since the 1970s, when regular measurements began and the Amazon was closer to intact.

As the rainforest bleeds biomass through deforestation, it loses its ability to capture carbon from the atmosphere and releases carbon through combustion. If the annual fires burning the Amazon are not curtailed, one of the world’s largest carbon sinks will progressively devolve into a carbon faucet, releasing more carbon dioxide than it sequesters.

While the global impacts are dire, the local impacts of these fires are also significant. Persistent poor air quality, which extends far into Brazil and other regions of South America, including in metropolitan centres like São Paulo, can lead to health problems.

Zoonotic diseases, like SARS-CoV-2, the virus that causes COVID-19, are on the rise. Understanding the root causes of these spillover events that move viruses from animals to humans gives us insight into how to prevent future zoonotic outbreaks. The degradation and fragmentation of tropical rainforests such as the Amazon may be a key factor in this process. The checkerboard of forest edges increases the potential points of contact between humans and wildlife, which in turn increases the likelihood of viral transmission and the emergence of novel human diseases. Intact forests and high levels of biodiversity, on the other hand, can provide a “dilution effect” associated with a lower prevalence and spread of pathogens.

The present pandemic may well have had an environmental genesis. Maintaining the Amazon’s current high level of biodiversity is vital, both for the health of the global ecosystem and because, otherwise, the Amazon could become a future hotspot of emerging diseases. When we protect the global ecosystem, we also protect ourselves from emerging zoonotic diseases.

Interventions are complex, but the protection of Indigenous territories, the restoration of already degraded lands and, most importantly, continued international awareness of political dynamics and consumer choices, all offer us ways to avert oncoming tragedy. If we do not take a longer view of this pandemic and look upstream for drivers and causes, pandemics will continue to emerge.