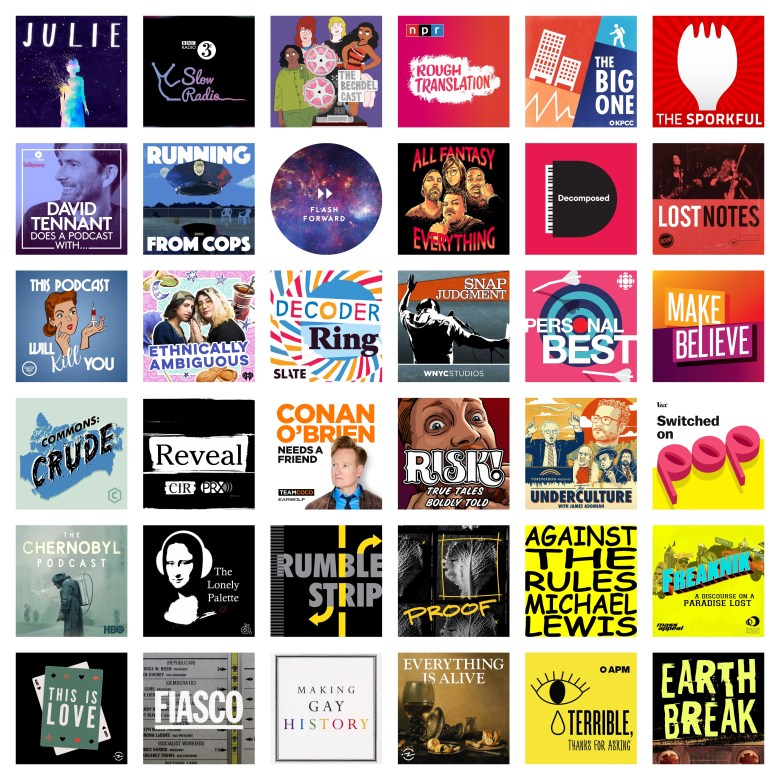 Videos are great, but my first preference, I assume like million others is ‘audio’. This article is solely written for the purpose of paying audio the tribute it deserves. The convenience of plugging your ears and opening a world of billions of emotions expressed through our voices reaching inside of us while running errands, going for a run, or dealing with hard times is indeed satisfying. Of course, songs are the greatest of all time, but podcasts anyone?

Such a hassle-free way for keeping up with the politics, coming across the craziest stories narrated like you are sitting along with a bunch of buddies hanging out,  expanding your mind with a variety of genre’s to pick from.

Now the idea of it excited you, but you’re pondering what, to begin with. Here are some of the cool podcasts you can listen to for anything from just killing time to religiously following the series. Thank me later.

Marc David Maron is a well-known comedian, writer and actor. He hosted Comedy Central’s Short Attention Span Theater from 1993 to 1994, along with his own talk show ‘the marc Maron show’. WTF with Marc Maron is a weekly podcast hosted by him. The show was launched in September 2009. WTF has received many positive reviews, including positive write-ups in The New York Times. The variety of his guest list with his over the top hilarious way of interviewing makes it one of the best shows out there. Give it a shot!

This investigative journalism podcast might hit the spot for people who dwell into content related to dark & mysterious investigations, I mean who doesn’t like a good detective moment? This is hosted by the series lead reporter Madeleine Baran passionately rising the issues of injustice. The reporter’s pursuit for answers makes it comparable to a suspenseful thriller. Overall one of the best in its genre.

Samuel Benjamin Harris is an American author, philosopher, neuroscientist, and podcast host. His field of interests runs wide, making his podcast interesting as he talks about religion, ethics, meditation, politics, terrorism, and artificial intelligence. We get a sense of his skills as a conversationalist with the potential of unfolding the complex notions, an open debate in the best sense of the word.

If you are somebody who enjoys bone chilling and spooky  horror stories , you must start this podcast right now.  The host of the podcast ‘Steven johnson’  dictates south east Asia’s spooky side inspired by real encounters and accounts. There’s something about Steven’s voice when he narrates the story that makes you transcend into the very situation mentally. I highly recommend this podcast for fellow spook lovers. Turn off the lights, plug your ears and let it play.

‘Jay Shetty’ is an Award-Winning Storyteller, Podcaster, and former monk.  Jay Shetty’s On Purpose podcast brings captivating conversations with some of the most insightful people in the world. His guest list till now also includes sessions with  Alicia Keys, Khloe Kardashian, and Kobe Bryant, resulting in 64 million downloads. I adore this podcast. Whether it’s his books, videos or his podcasts, jay shetty’s  teachings are the most amazing for self growth. A must listen for everyone.

A couple of chill people, talking about chill subjects, chilling together makes a chill podcast.  The Breakfast Club is an American radio show hosted by DJ Envy, Angela Yee, and Charlamagne Tha God. Most frequently discussed topic on this podcast pertains to the celebrity gossip especially in the hip hop industry. A really fun podcast, entertaining conversations with guests like Tekashi, Kanye West, Kodak Black, and many more appearing on the show, it’s a good one to give a shot if you are a hip hop junkie.

’Reply All’ is hosted by PJ Vogt and Alex Goldman, who launched the show in 2014. The show features stories about the influence people and the internet have on each other. A podcast about the internet’ that is actually an unfailingly original exploration of modern life and how to survive it. This might be your go-to podcast if you stick with it. Give it a go