It is defined as the act of throwing strong corrosive on the body of a person “to injure or disfigure [them] out of jealousy or revenge”. Vitriolage means the
throwing of any corrosive, not necessarily sulphuric acid, on a person with malicious intent.
These fluids are usually thrown on the face to destroy vision or cause
facial disfigurement and this results in grievous injury.
Sulphuric acid (oil of vitriol) is most commonly used for this purpose and hence it is called
vitriolage. Sulphuric acid produces severe chemical burns. Nitric and carbolic acids are also
sometimes used. There are 250 to 300 acid attacks reported in India every year, despite
laws restricting the sale of acid or other deadly chemicals, according to Stop Acid Attacks, a
non-profit group. Here is a case of a 19-year-old girl who was victimized because she
refused a love proposal.

Case report :
The victim is a 19-year-old. (Her personal information cannot be revealed.) According to the
statement of the victim, she used to work in a house as a maid. She belonged to a lower-class family and worked to support her family. She also studied in a local NGO
school. A young man of her locality proposed her for love and he used to disturb her while
she was out for work. She did not respond and rejected him. She also told about the wooer
to her parents who called the young man and scolded him. But the man continued to pursue
her. He also gave a marriage proposal to her parents, but they rejected it. This enraged him
and he threw acid on her through the window at night while she was sleeping in her house. She
felt some sticky liquid trickle down her face. She felt intense pain and screamed. Her parents
and neighbors immediately took her to the hospital.
The injuries were as follows:
1. A burnt area on the right side of the face involving the right side of the forehead, front and
sides of the left cheek up to the chin covering an area of 6 inches × 3 inches. Right upper eyelid
was injured but eyeball was not affected; vision was intact.
2. A burnt area on the right side of the neck over the front and adjacent lateral side covering
an area of 5 inches × 3 inches. The upper margin was continuous with the burn on the cheek and
the lower margin was gradually tapering to an angle 3 inches below the supernatural notch.
Over the front of the chest was a trickling mark.
3. A burn 3 inches × 2 inches over the upper anterior and adjacent lateral part of the right
shoulder. Its lower edge ended into a tapering over the front of the right side of the chest.
4. A burn 3 inches ×1 inch almost triangular in shape over the upper and posterior part of the
right shoulder. Its lowest point was situated 3 inches to the right of the midline and 2 inches
above the inferior angle of the left scapula.
The total burnt area was about 20% of the total body surface. The burnt area was sharply
demarcated from the healthy skin. The margins were red and inflamed and the skin over the
affected part was black.
India has made international headlines for horrific rape cases in recent years, but acid
attacks are common, too, although they receive less attention.

In 2016, India recorded 300 attacks but many go unreported, so the actual number could
exceed 1,000, according to Acid Survivors’ Trust International based in the United
Kingdom. Since 2013, acid attacks are an offense, punishable by up to 10 years in prison.
Before that, no law dealt specifically with vitriolage. Acid throwing is an extreme form of
violence. The alarming rise in its frequency is a cause of concern. 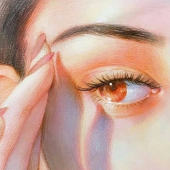 “FLYING SIKH” Milkha Singh, a three-time Olympian has died at the age of 91 from complications caused by COVID-19

What’s happening with Arnab Goswami – hate monger to a murderer