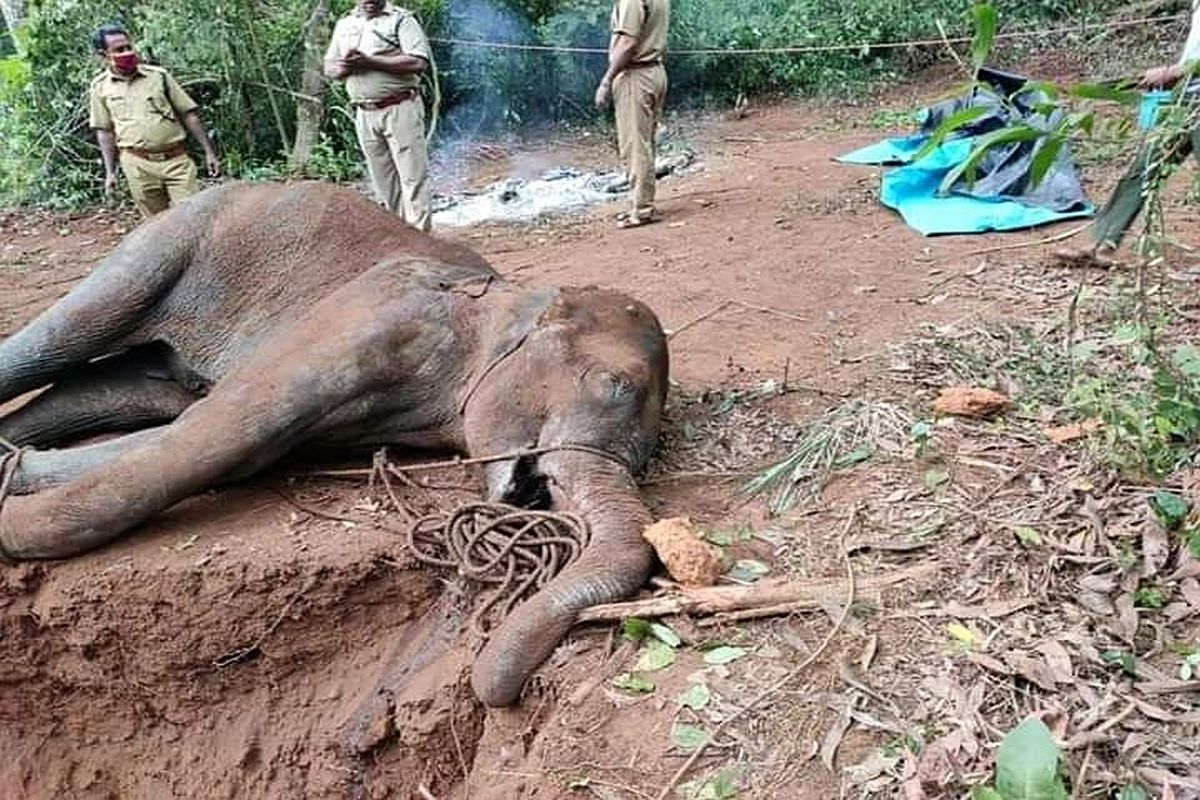 The Kerala Forest department has launched a 'manhunt' for those responsible for the death of a 15-year-old pregnant wild elephant, said an official. The elephant had died after being seriously injured by firecrackers hidden in a pineapple. Speaking to IANS Samuel Pachuau, the Wildlife Warden of the Silent Valley National Park, near here said this was a serious crime whosoever was behind it. According to Pachuau, some people had placed firecrackers inside a pineapple and this was eaten by the wild elephant and in the process of chewing the cracker burst and injured the elephant.
SHARE

I don’t know if I believe in karma or not, but humans have done nothing to not deserve all the catastrophes of 2020.
Now, I am not justifying the Coronavirus or the cyclone Amphan, but really, haven’t we always been taught about the good and the evil? How the good get rewarded and how the evil gets punished??
I know there are amazing human beings among us, who do all that they can for the environment and fellow living organisms, but for now, let’s not talk about them, because somehow, they’re just protecting or reversing the damages already done by the rest of the human race towards the environment.
So, let’s talk collectively about what we have done, that makes us deserve what we get and maybe what we are about to get.

“The greatness of a Nation can be judges by how its animals are treated.”
-Mahatma Gandhi.
Recently, there was an incident in Kerela, where a pregnant 15-year-old elephant died because she ate a firecracker laden pineapple. That’s what they said earlier. On 5th June, they said it was a coconut. What difference does it make? She died. The elephant died on May 27 while standing in the middle of a river. The postmortem report says that there was an explosion in the mouth. The explosion fractured the bones and caused a lot of damage to the mouth.

The animal could not eat and became weak and then died. She died, because some humans thought, it would be okay to ward off animals using crackers.
There have been immediate actions taken, searches for the culprits, statements made, remorse shown etc.etc., which is remarkable, but still, something we forgot to do, again. “Addressing the elephant in the room.”
The officials from Kerela are saying that maybe, maybe the elephant ate the fruits, which were supposed to “kill” wild boars which destroy the fields. As the wild boars are declared vermin in Kerela, so they don’t enjoy the privileges of the wildlife protection act. So, apparently the “outrage” on the elephant death is misplaced.

The death of the elephant “Vinayakii”, named after Hindu deity Ganesh, is a sad reminder of what the animals go through due to what we, the organisms with highest cranial capacity and most developed brains do.
I won’t say much about who is wrong or right, and who should be punished, but I guess it’s mother nature’s way of avenging the death of its beloved creatures. Rest, I’ll leave for you to think.

Posted by Saumya Sharma
Follow:
Hi, I am a 22 year old med student pursuing my MBBS from Himachal. Writing is something that I have always loved and to be honest I am a jack of many trades. I like writing and reading fiction more than anything. Other than that non fiction, documentaries, movies, music are the things that I am into. I believe that if I can feel it, I'll be able to write it.
1 Comment 1 Comment