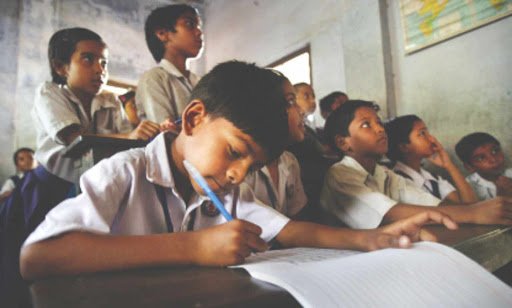 Overhauls in general give space to pause and synergize but in life an overhaul leads to a perpetual lagging.

When India went into lockdown with a sudden announcement by PM at 8 PM with four-hour notice, everything came to a grinding halt. IMF called this shut down of economies & institutions all across the globe as “The Great Lock Down”. When everything was supposed to be locked in their respective premises to isolate from the public, the exodus of workers was trudging on towards far distant homes in the scorching heat of Indian summer. The sight was appalling in many ways as it suggested there still remained a part of the population that didn’t find a concerned response from the policymakers, nearly more than 450 million people! With migrant workers, their children were also following the same path of embarking from poverty to poverty. When the middle & upper middle class enjoyed first few weeks by binge-watching some intriguing shows on Netflix & other platforms, posting on social media what new they encountered by observing nature, exploring new books, entering the kitchen for the first time etc, a section of our fellow citizens were struggling to secure ends meet if some kind& generous people showed up with packets of biscuits & snacks. Then some started finding this isolation from the society as driving them restless & impinging insomnia, according to many reports a spike could be seen in the mental troubles people went through. But what about the children who left their schools, friends behind when they decided to die of pandemic than starvation?

According to the global education monitoring report (GEM) released by UNICEF, more children are likely to drop out from schools & colleges thus slide down the poverty line. This overhaul in India was the most stringent according to Oxford’s government response tracker & initially met with the lowest impetuous in terms of support but then met with a lucrative sum of 20 lakh crore touted as 20% of GDP, in reality, this came to be about 1-3% of GDP. With an additional 40,000 crore allotment to MNREGA, many skilled workers also opted for this as the only way to survive. Meanwhile, the children were rendered hapless as to them education is synonymous with empowerment & escape. When someone is given education she becomes more open to understanding the society in a better way, it liberates her mind to think beyond the poverty-stricken life to make dreams a reality she must live for.

Books, anecdotes from teachers, or the mere experience of sharing a classroom with other children compel us to find our own aspirations by a meaningful interaction with the surroundings around. Those children of the migrant workers who were enrolled in some government schools in the cities had to return home are now finding it nearly impossible to think of pursuing their education any further as their fathers are debt trapped, moreover even in villages schools are shut with their no means to evolve a way to reach the students. On the other hand schools in the cities have taken a leap forward by going digital with full attention from the side of the parents. Recently the secretary-general at the UN in a press conference said that more than 1.3 billion students are affected adversely by this pandemic directly or indirectly. This impact is resonated in India non uniformly but since 70% population is in the villages with little connectivity to the internet, the digital divide widened the crevice between learning & schools. When the lockdown ended in phases after causing a great deal of disruption to the economy as it is going to be the largest contraction since independence, some mobility was to be seen so came some momentarily green shoots but were further relegated with regional lockdowns.

In between this overhaul, education needs to reach the students which are no less than an asset since we still have to tap the advantage out of demographic dividend. Digital access is still a dream as the optical fibers laid in some villages turned out as good for nothing. We need a far more inclusive ecosystem for education to thrive in the far-flung areas then only the idea of India will bear fruit. To reach the last mile shouldn’t be a medium-term goal but an absolute urgency to incorporate. The NEP 2020 gives hope in terms of flexibility & an approach to take everyone along in whatever medium one finds viable. The need is to give more autonomy & less political interference. Recently in Karnatka local school teachers engaged students in ‘vatara shale’ system by maintaining social distancing norms, similar efforts were seen in Sikkim & Chhatisgarh where teachers by making use of loudspeakers & distributing books on doorsteps respectively are simmered of hope. We need to encourage such local-level solutions to provide an unflinching, infallible, unhindered access to education what come may. For a life of our choice, dreams shouldn’t stop so does education. Because when a person acquires knowledge it’s her family & surroundings too she educates with herself and we need this on a larger scale to ameliorate people & society at large.