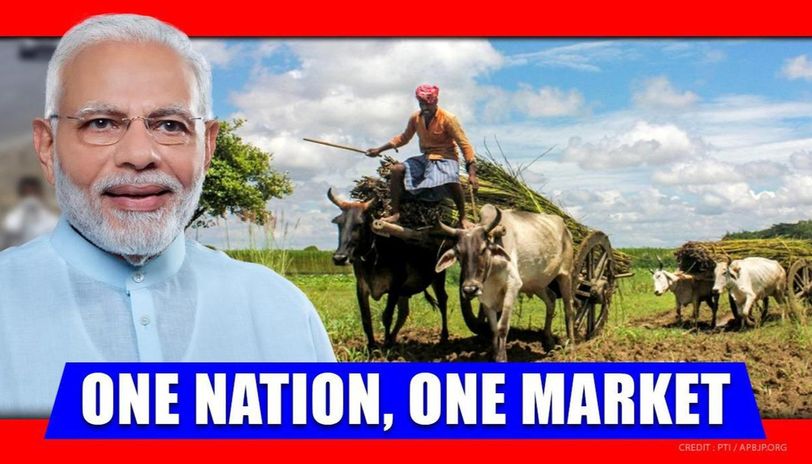 “Do reforms engulfed as possible laissez-faire, present a prudent solution to address farmers’ distress and are indispensable to lead agricultural growth?

Why are farmers protesting and which clauses of the proposed ordinances are worrying them?

For the past few weeks, farmers across the country are protesting over three farm ordinances brought in under the ‘AtmaNirbhar Bharat’ package to foster an agriculture led growth and free farmers from the long shackles of state regulated markets. Some policy researchers touted them as 1991 moment in agriculture, some were skeptical over their hastily drafted nature to further free the state from any serious responsibility towards farmers. These three ordinances include ;  The Farmers Produce Trade and commerce (Promotion and Facilitation) ordinance 2020, The Farmers (Empowerment and Protection) agreement on Price Assurance and Farm Services ordinance 2020,The Essential Commodities (Amendment) ordinance 2020.

The protests erupted initially from Haryana and Punjab in which agriculture plays a pivotal role in state GDP and overall annual agricultural produce in the country. Protests are majorly cornered around the first ordinance which seeks to free farmers to sell their produce outside the Mandis to other traders who might offer them a price higher than MSP(minimum support price) offered by the central government. This seems a fair deal that farmers are being empowered to earn the profit they long deserved and are being protected from the monopoly and commissions enjoyed by the middlemen in the APMC system (agriculture produce market committees).

With the other traders entering the business a more competitive ecosystem awaits the farmers with better prices too, depending upon the market inclinations and an overall boost in this sector is an envisioned purpose. But farmers are not buying into these promises as they are weary of the fact that with a gradual state withdrawal they would be left at the mercy of profit hungry traders and the MSP regime would be eroded slowly.

Big farmers might have the resources or the dominance to negotiate  a fair deal but marginal farmers hardly manage to get to the state owned Mandis with MSP being their only hope which they trust fully.  Govt. has clarified that MSP is here to continue and is claiming that farmers are being misled by the opposition parties who in turn are scoring their political goals by creating an unwanted unrest in the society which needs reforms to unleash the potential of this sector.

There are problems in section 2(m), 2(n), 6,8 of The Farmers Produce Trade and commerce ( Promotion and Facilitation) ordinance. Section 2(m) defines what is a trading area, which refers to any area including farm gates, silos, cold storage, factories etc. excluding the state owned and regulated mandis. Farmers are perturbed and exasperated over this  unrealized delineation of APMC’s which grant unhindered trading with MSP. Section 2(n) defines who is a trader. A trader can be any person who wishes to buy, sell, process, add value, export etc. and has a PAN card.

Farmers are suspicious of such traders as they think they will be vulnerable against such big traders with no regulation by the government at all. Farmers bestow a great deal of trust even in the Aharatiyas (middlemen) as they have legit financial credibility as they are licensed by the government or the APMC’s as the various state laws prescribe. Section 6 states the provision for abolishing any tax or levy or commission that APMC charges the seller or the buyer.

This is also creating a great buzz as farmers argue that 3% market fee, 2% rural development surcharge, 2.5% commission of the middlemen or other such fees amount to an aggregate of 8.5%, which for 1 tonnes of wheat turns out to be around 164 rupees. When the traders outside the mandis are exempted from this money they are being incentivized by the central government to attract farmers by initially offering them better returns than the MSP. In the future course of time, APMC will be exhausted and will be dragged to the brink of closure, thus the government will finally abandon the MSP regime and many small farmers will be trapped in this vicious cycle of getting exploited at the helm of private traders.

Section 8 features a dispute settlement procedure between farmers and traders. It suggests that if any dispute arises between the negotiating bodies they can work out a shared and commonly accepted solution with the aid of a sub divisional magistrate, who can conclude the matter by forming a committee to look into the matter and reach a fair deal for the conflicting parties. Farmers find this problematic as this would prevent them moving the civil court over their dispute resolution. They make the case that they have to go through an unwanted long conundrum of visiting bureaucrats which is more tedious than anything.

Rationale behind the move and past experiences

Government claims that these are much needed reforms which are vital to boost agricultural growth and will be a right step in doubling the farmers’ income. These reforms will overall pave the way for making this sector more competitive and widen the horizon of its share in the GDP. As more than 60% population is dependent on agriculture yet its contribution to the GVA ( gross value added) is around 14-15%, which speaks for the distress of the rural economy. A Niti aayog’s report also presented a case for these reforms to provide a level playing field for farmers and entrepreneurs for diversifying the roles played by different sectors in the economy.

This has been an initiative in the making since 2002-03, some states have already abolished the APMC system with varying degrees of results but no significant change in the incomes or living standards of farmers, their per capita income still remains low as pre APMC levels. In Bihar the withdrawal of APMC system has aggravated the woes of the farmers. They are more debt ridden and are incapable to bargain the fair deal of their produce with empowered traders.

Great crises pose greater opportunities to reflect and respond assiduously not react capriciously. Reforms are needed, they are needed for agriculture as a whole but they don’t necessarily guarantee that farmers will be well off as a possible outcome. APMC system isn’t perfect like any other state led mechanism but it inspires trust that the government will buy and provide a pre announced price. There are vulnerabilities to farmers as they are kept aloof to better deals. But an unregulated framework can wreck the vulnerability of marginalized farmers more given the precarious nature of agriculture. In uncertain times there are chances farmers will find them undergoing less economically viable deals if the MSP is obliterated fully.

The government needs to make a more explicit deliberation here with its intentions to keep the MSP alive with an ensured efficacy to serve even the last reached. More markets is the need of the hour so is the connectivity to such markets. Farmers must be empowered to have the capability to make choices. Crop cultivation employs two thirds of the agricultural workforce, which has contributed 0.3% growth, not a promising figure albeit. Usurpation of a regulated and responsible system by adhocism doesn’t amount to reforms. Reforms must start with making the existing system better and then continue to add more dimensions.