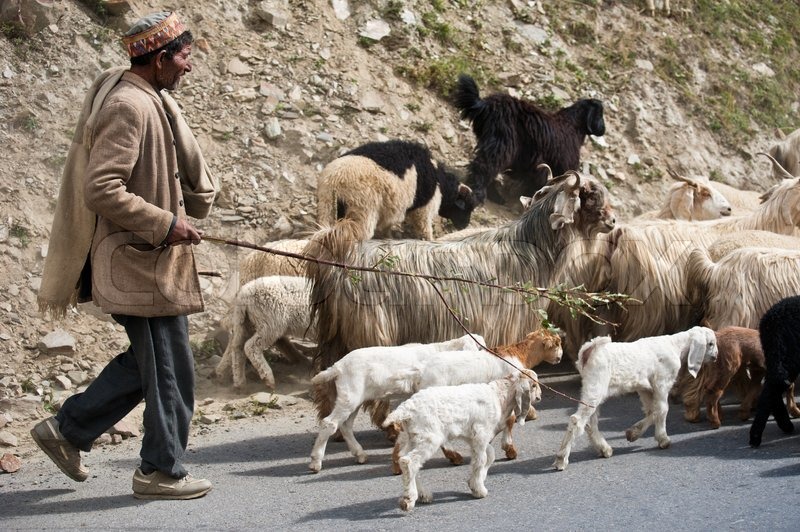 In-person they are a comely race. Gaddi women are well-Known in the Himachal Himalayas for their beauty. An open-air life, milk diet, and Khatri descent explain their goods looks. Their features are regular and refined, noses are straight eyes are bright, the complexion is olive-white, and expression mild and engaging. Unlike the Rajput and Brahmin women of Palam valley, they are bright and cheerful, and some of them really look like queens of the mountains. Their beauty is the theme of many a hill-song and even Raja Sansar Chand (1765-1823), the well-known patron of Kangra painting, fell in love with Nokhu, a pretty Gaddi girl, and made her his queen.

The Gaddi classification springs from “Gaderan”, the local word for the bumpy plots of Himachal Pradesh. Gaddis, a Scheduled Tribe of Himachal Pradesh, is seen as essentially engaged in Bharmauri of Chamba region, a region prevalently called ‘Gaderan’ which signifies ‘the home of the Gaddis’. The word ‘Gaddi’ has been gotten from the Sanskrit word “Gabdika” (गब्दिक) the Ancient Tribal Republic Mentioned in Paninis Ashtadhyayi where present-day Gaddis is possessed.

The Gaddis are primarily a shepherd race of the hills. But of late, a tendency has developed among them to seek a permanent settlement. Some of the Gaddis have tried to secure technical posts in Government service.