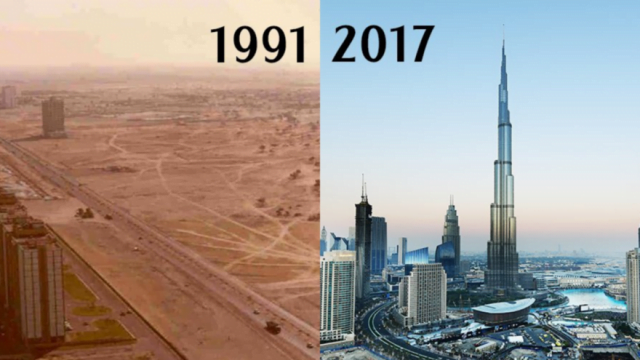 The most talked thing about Dubai is the city’s dazzling skyscrapers or its immense wealth… right??

It was Love at first sight for me in Dubai, from the first moment I left the airport and every time I still walk out those doors – Dubai was and will always be “One Big Wow”. The most talked-about is the beaches, the incredible water parks, the quality of accommodation, food, meeting people from different walks of life and I can literally go on and on … in short, this is what that makes Dubai such a stand-out destination.

This is a little tricky because much of it is a personal taste. There are some tremendously luxurious littoral resorts for holidaymakers thus flowering thousands of options within the different areas of the city and The Creek.

Reaching for the sky, the city-state is swarming with scintillating infrastructure and has become synonymous with colossal developments including man-made islands or the world’s largest natural flower garden, tallest Ferris wheel and so on and so forth.

The oil wealth here has led to a profound revolution of impoverished small desert princedoms to modern affluent lands. This revolution resulted in major economic, social, and environmental changes. Certain countries of the Middle East have tackled exceptional tourism expansion challenges and is continuing to do so. There are incessant modernization’s that keeps the tourism sector on its double-digit growth path with some of them being collaborations and unique concepts.

Dubai is exceptionally positioned on the world map thus making it a preferred destination for oodles of voyagers, both commercial and leisure, but for me “ D.U.B.A.I  is and will always be the swanky capital of the Middle East”. With a well-thought-out tourism approach that encompasses all spheres and modernization’s it is therefore considered as a core sector contributing to Dubai’s economy and over the past decades, the tourism industry has emerged as one of the leading industries worldwide.

Built on the back of an oil and real-estate boom, Dubai is now recognized as the globalized financial capital of the United Arab Emirates (UAE) – A Hub for Trade, Tourism and Banking. Dubai started to branch out its economy in the 1970s and amazingly it has grown more quickly than many of its neighbors, thus making it easily accessible around the world as the most talked about is the population that whizzed in the decades tailing foreign migrants.

Dubai accounts for 66% of the tourism industry’s involvement with the GDP of the UAE. This industry represents 20% of Dubai’s GDP and accounts for roughly 6% of the overall employment. Dubai’s tourism focuses on hotels, restaurants, incentives, conferences, exhibitions, travel services, destination and thematic tourism (Hmmmn, I hope I have tapped most of the sectors 😉)

Since it is well-known for its copious wealth, the United Arab Emirates (UAE) is predominantly the second richest emirate. “It is considered to have a rich cultural heritage, natural diversity and industrialized infrastructure that makes it a strong competitor on the World Tourism Map.”

Abu Dhabi, the capital of UAE and by far the most flush emirate as it has also seen a population flourish in the last 50 years. But there is a marked variance between the UAE’s two most efficacious emirate and Abu Dhabi still banks on oil for much of its wealth. Today less than 1% of Dubai’s GDP is from oil – at one time it was over half.

Behind the opulence on display – Dubai’s economy has not been performing well in recent years taking into consideration the property prices falling, construction projects on hold, talking about the white-collar jobs that is vacillating and economic growth is slowing.

Despite the diversification of the economy, many of Dubai’s current problems are linked to the 2015 drop in oil prices. Like many countries the loss in demand for crude oil, subsequent shock to oil prices, along with global lockdowns, have impacted UAE in both its oil and non-oil economy, despite its strong financial reserves and trivial population.

“Pecuniary Indicators advocate that the collapse in the second quarter of 2020 is much profound and more severe than the downfall of the financial crisis of 2008,”

The UAE levied lockdown procedures from mid-March to contain the virus and guess what tourism dried up, the beaches, the hotels in Dubai laid empty, as did the eminent structures like the Burj Khalifa, Dubai Mall, the Palm Jumeirah, or the Mall of the Emirates.

Dubai did face considerable economic impediments from the coronavirus, which did lead to another realignment of its economy like the aforementioned financial crisis over a decade ago. “Sectors that were most affected by the pandemic account for over half of the UAE’s total GDP (and just under half of the non-oil GDP) and an even greater share of Dubai’s GDP,” stated a report prepared by Moody’s, one of the ‘big three’ credit rating agencies of the world.

Dubai enthused to reopen its economy in late May by conceding consent for merchandising, gyms, movie theatres, and other non-essential businesses to recommence activities, still facing imminent challenges. The Dubai Chamber of Commerce and Industry (DCCI) quantified that 70 percent of companies functioning in Dubai anticipate going bust and appending their activities within the next six months.

“The multidimensional effects of the pandemic have also led to severe trade disruptions and losses, distressing job generating sectors and businesses. In addition, global containment measures have occasioned in a significant deterioration in external demand,” said Dr. Al Shamsi.

Since this stoppage has affected the global supply chains as well as the employment-rich retail and manufacturing segments and small and medium-sized enterprises in the country. At the same time, these deterring containment measures taken by the UAE government and the fear of society’s resuming contagion has weakened the consumers demand predominantly in the tourism, hospitality and retail sectors,”.

Dubai’s economy had already been lagging in 2018, taking into consideration the property prices slanting down 25 percent ever since 2014 posing glitches for the country’s real estate. Evolution in gross domestic product decelerated to approximately 1.9 percent in 2018, while mounting by 2 percent in 2019 – A sluggish rate equated to the earlier statistics in the decade.

“The diversified aspects of the UAE economy, mostly in Dubai, have been extremely sensitive to the ongoing Covid-19 pandemic and oil demand destruction, the economy is said to face a sharp slowdown as the demographics will shift in the labor market, companies are closing and there will be a period of re-calibration.” Stated Dr. Karen Young, resident scholar at the American Enterprise Institute, to The New Arab.

This global coronavirus catastrophe has triggered many events to be postponed or annulled around the world. One of the biggest events and the most talked about is Expo 2020 Dubai as it had pinned hopes of a lot of people, which was initially decided to be held in October and was expected to attract around 11 million worldwide visitors. But as we all are aware that events large and small across the sphere have been affected by the pandemic, as countries ban mass assemblies in order to get the spread of the virus under control. Following the declaration of Expo 2020 Dubai being postponed and upon examining the process, the event is projected to take place in 2021.