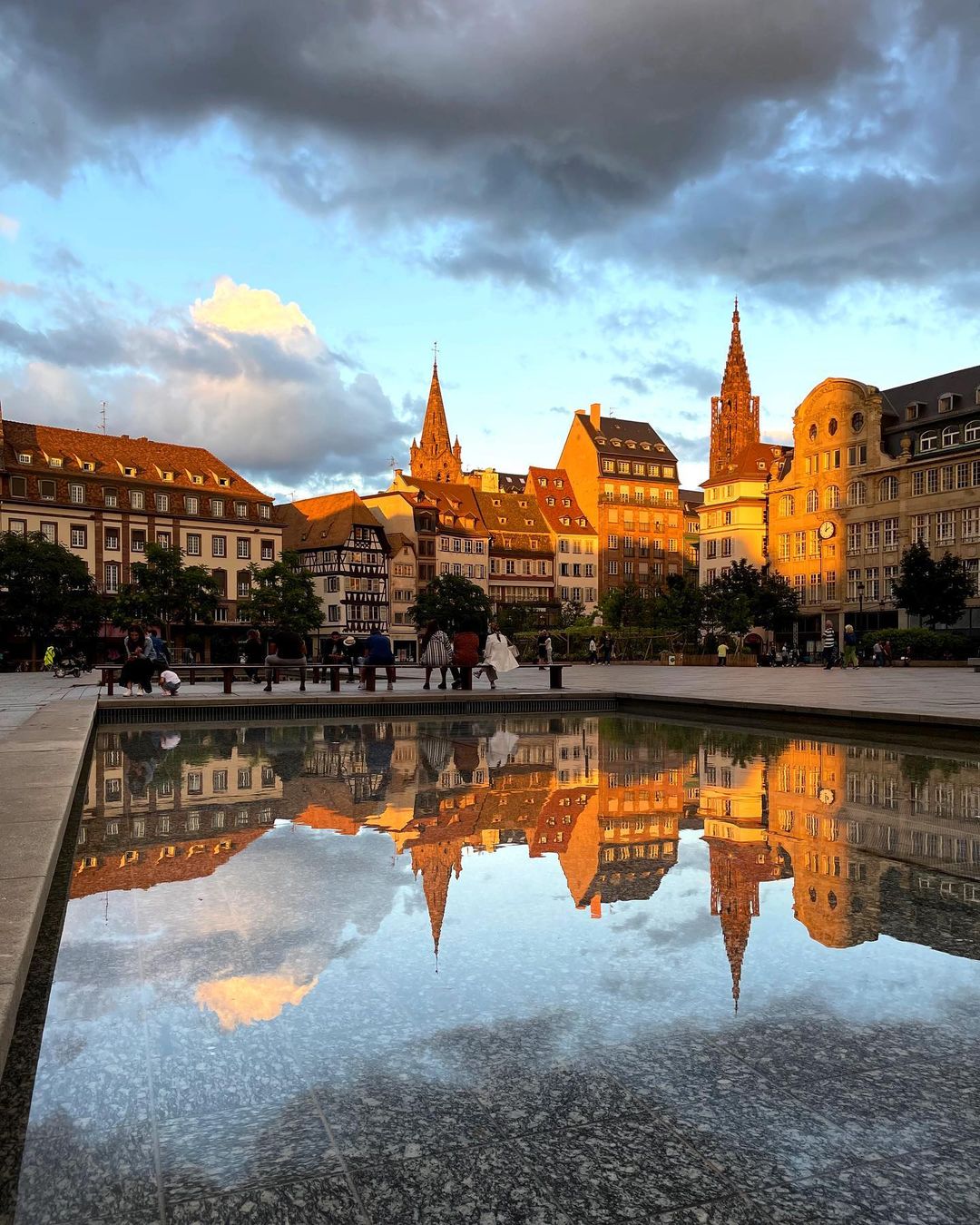 “To live is the rarest thing in the world. Most people exist. That is all.” – Oscar Wilde

Strasbourg is located on the west bank of the river Rhine. It is the capital city of the Alsace region of France and is popularly known for hosting various European institutions. It is also famous for its alluring historic center-the Grand isle, and it was the first city-centered to be termed as a World Heritage Site by UNESCO. The official language used by people throughout Strasbourg is French. One can get there by plane or car or bus or train. There is Strasbourg International Airport, and motorways connecting it to the west, south, and east. It is because of the beautifully preserved and pedestrian-friendly city center, Strasbourg is a popular tourist destination.

Strasbourg has occupied a vital position in the upper Rhone valley since prehistoric times. After settlement from 1300 BC onwards, it developed into a Celtic market town named Argentorate. Strasbourg was regarded as one of the worst pogroms of the Middle Ages in 1349. It was the time when thousands of Jews were publicly burned to death and faced discrimination. Strasbourg became the center of humanistic learning and book printing because it was one of the first German cities to value Protestants. After the French-German war of 1870, Germany conquered the city and imposed the policy of Germanisation. But, after the defeat of Germany in World War I, the city returned to France.

Strasbourg holds many cultural events, and there are numerous museums, concerts, operas, ballets, and more. The Conservatory, opera, ballet, and orchestra organize festivals at different times of the year. Even when no event takes place in the city, walking around the old town is an option because Strasbourg is flourished with Christmas markets, cafes, and brasseries offering delicious food and art. One can also visit eye-catchy churches and take a look at historic art and organs. Sometimes, one can come across organ or choir rehearsals happening.

Alsatian specialties can be enjoyed in traditional restaurants in the city or the neighborhood. Sauerkraut (choucroute in French) is the famous dish (big enough for two people) which has a standard price throughout Alsace of 14 Euros. Other specialties of Strasbourg include sausages, pork butchers’ meat, flams which is a type of wafer-thin pizza made with onion-cream sauce, baeckeoffe, mixed beef meat, and others. Alsace is the first beer-producing region of France and Strasbourg provides many breweries to the people. The most famous are Kronenbourg and Fischer. There is a bar named ‘La Lanterne’ which produces its beer. There is also Alsatian white wine, which is usually drunk with Alsatian food and fish.

Tourists need not fear while being in Strasbourg because it is one of the safest large cities in France and also it is not known for violence. Currently, Strasbourg is the ninth-largest city of France with approximately half a million inhabitants residing around the area across the river into the German city of Kehl. It is the throne of the council of Europe, the European court of human rights, the European Ombudsman, the Eurocorps, the European audiovisual observatory, and the European parliament, which organizes sessions in Brussels.