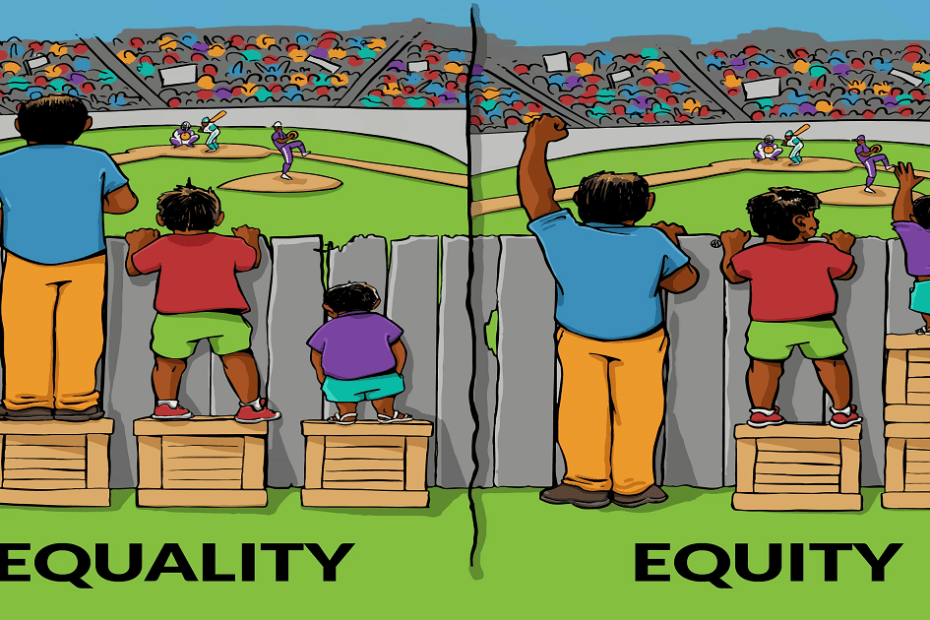 For a society entrenched in deep-rooted inequality, reservation is the only vehicle to uphold the unequal on par with the status of equality itself.

When a common man/woman belonging to upper castes speaks of reservation she does so with a resentment that all her downturns in terms of not being able to get admission into the eminent institutions & not getting the due job or promotion even after performing better are ill-conceived ramifications of reservation. Who wants underperforming people to grab your opportunities for which you toiled through tears, blood & sweat anyway? Why should we care for the castes the job grabber belongs to? Why should we look back and ponder over the injustice they were subjected to for the sake of their family names & the profession which earned them a living? Why is a person considered so impure that his mere shadow or contact would be no less than a sacrilege to those who perpetually showed schadenfreude towards the suffering of the impoverished just because they were born with some distinctive surnames? To our convenience, we even manipulate history in a way that either we were the victims or the guardians of the order, but right from the later Vedic period to the 21st century some ground realities thrive to continue, in locked rooms, cafes, parties, we all have heard people talk about this shift in socio-economic scenario as a result of reservation, faltering our chances to find anything in our side. But to understand the present course of things it’s imperative to understand the course of the same things retrospectively. Since ancient times when the varna system evolved, the already downtrodden classes suffered an odious social annihilation in the form of gargantuan discrimination when they weren’t allowed to walk on the roads which favored the luxurious mobility of upper caste people when they were not allowed to draw drinking water or were prohibited from using community water sources when they couldn’t study in schools meant for the sole purpose of making everyone learn & grow when the women of these castes were assaulted under some necessary obligation to show them their place if this wasn’t enough, at last, they weren’t even allowed to find shelter in front of the protector of all where they’d want to submit all their sufferings (even god was aloof to them) which in turn the upper castes seemed to own! But we are born in upper castes it’s not our fault and we are sorry for what happened with them, now we have a democratic society where equality & social justice are core values to be provided to serve all, now why should we bear the brunt of the wrongdoings of our ancestors?

Many believe history can’t determine the trajectory of the future, time is so inscrutable that neither history nor present can predict it but some realists believe that our actions somehow shape things which will greet or kick us. The argument resonates louder than ever about the need and significance of a uniform civil code. Given the track record of the Modi government, it’s next masterstroke is going to be in this direction, yet it’s easier said than done. Anyway, it’s a very common saying among us upper caste people that the SC’s OBCs are now well off; they don’t need any protection thus reservation. Rather it’s us who need a sort of conservation or will be pushed at the edge of extinction from the public sphere, where we exercised a great deal of influence for centuries. However my point is let’s keep this aside, some people have outlived their adversaries and have acquired a dignified position through a combination of hard work & state initiatives. Yet if we make a list right from the sanitation workers to the ones washing dishes at restaurants what’s the probability that these people be belonging to upper castes. You wouldn’t find an upper-class person cleaning sewers no matter to which extent he is starving to death. Not every Dalit is a manual scavenger but every manual scavenger is a Dalit!

If we can’t be sorry for having born in upper castes, why should they be sorry for the surnames they carry & work they are considered best suited to perform which is dehumanizing.

A case of creamy layer

In a 2018 judgment ( Jarnail Singh Vs Lachhmi Gupta) the Supreme Court upheld the concept of creamy layer. There are many such creamy layers which are overexploiting the protections provided under the constitution. At the cost of others’ right to a dignified life these layers directly or indirectly have jeopardized the opportunities for others to grow. To take these matters into account as this divide is widening, some states including ( Bihar, Tamil Nadu, Andhra Pradesh, Punjab & recently Haryana) proposed to subclassify SC, ST, OBC’s in a way that those with minimum representation may get a chance to come to the surface. In 2007, Bihar formed a Mahadalit commission to identify the least developed castes with a lower presence in government jobs & other socio-economic indicators. Tamil Nadu promulgated the idea to provide 3% reservation to the weakest of the weak castes (Arundhatiyar) which form 16% of the SC population and find a representation of 0-6% in government jobs – in consonance with justice MS Jhanarthan report. In a step ahead, AP came with a law in 2003 that SC’s will be further classified into 57 groups with 15% reservation be granted on the basis of the proportion of the population. This law was however deemed unconstitutional. As in EV Chimaiah Vs State of AP, the supreme court noticed that according to article 341(1) of the constitution only the president has the power to include & exclude castes into the list of SC, ST & OBC, moreover it views SC as a homogenous entity. Because the basic idea behind reservation was that to uphold the principle of equality by providing an effective & institutional support to the unequal to make them liable to enjoy equality in real terms, its solemn purpose was to ameliorate people from the malaise of untouchability, economic conditions weren’t considered then. With Punjab wanting to give 50% reservation to the Mazhabi & Valmiki Sikhs out of the reservation available to SC’s via a law incorporated to protect the marginalized castes within a reserved class, in response to the law which is challenged in front it, the supreme court has acknowledged that states can subclassify wherever deemed fit & if the action further meets the urgency to foster prosperity. But the issue is complex and involves greater questions in terms of constitutionality, the matter is to be heard by a larger bench.

The outcome will be awaited and assiduously be watched. Those who will blindly oppose reservation reflect conscientiously that even when India becomes a $ 50 trillion economy maybe even then wouldn’t be this an idea worth entertaining.

For some opportunities are serendipities here & for some, they are no less than a fantasy just on the basis of the last name. Such inequality is the worst form of betrayal of human values.