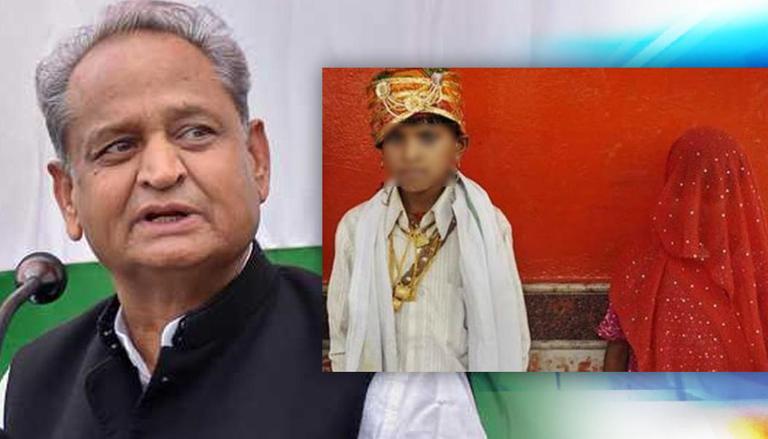 A Bill passed last month by the Rajasthan Assembly, which amended a 2009 law on mandatory registration of marriages, including child marriages, has been embroiled in controversy. Amid demands to withdraw the Bill, Chief Minister Ashok Gehlot said Monday that the government would request the Governor to return the Bill. “We are getting it examined by the Law (department) and will request the Governor to send the law we’ve passed back to us. And we’ll get it examined and post examination, we’ll move it forward if needed, or not,” he said.

Contents
WHAT’S THE AMENDMENTCRITICISMTHEN HOW DOES THE LAW STRIVE TO PREVENT CHILD MARRIAGE?

The Bill was passed amidst opposition by the BJP, while civil society, women’s organizations, and the National Commission for Protection of Child Rights (NCPCR) have written to Gehlot to withdraw the Bill on the ground that it legitimizes child marriage. Petitions have been filed in the High Court and the Supreme Court.

Prior to the amendment, Section 8 read: “The parties, or in case the parties have not completed the age of twenty-one years, the parents or as the case may be, guardian of the parties, shall be responsible to submit the memorandum within a period of thirty days from the date of solemnization of the marriage to the Registrar within whose jurisdiction the marriage is solemnized or both or any of the parties resides. (2) A memorandum, which is not submitted within the time limit specified in sub-section (1), may be submitted at any time on payment of penalty as may be prescribed.”

After the amendment, which changes a key aspect in the age prescribed, Section 8 now reads: “The parties to the marriage, or in case the bridegroom has not completed the age of twenty-one years and/or bride has not completed the age of eighteen years, the parents or, as the case may be, guardian of the parties shall be responsible to submit the memorandum, in such manner, as may be prescribed, within a period of thirty days from the date of solemnization of the marriage to the Registrar within whose jurisdiction the marriage is solemnized, or the parties to the marriage or either of them are residing for at least thirty days before the date of submission of the memorandum.”

The state government, which has termed the amendment a “technical” one, argues that this would bring the age in line with central legislation which recognizes the age of 18 as a majority for a girl and 21 for a boy. Registration of child marriages would help in their faster annulment and help the government reach out to more victims, particularly widows.

Critics say compulsory registration of child marriage would legitimize it. Activists have also said the marriage certificate might in fact, contrary to government claims, become a hurdle in getting an annulment later as courts could cite the lack of a marriage certificate as a reason to not grant an annulment. Child marriages are conducted mostly away from the public glare and could be hard to prove. But even prior to the amendment, registration of child marriages was compulsory under Section 8. The amendment only restricts its scope to women till the age of 18.

Child marriages are not illegal per se, although there is a legal framework to prevent them. The Prohibition of Child Marriage Act, allows a child marriage to be annulled by either the bride or the groom who was a minor at the time of marriage when they attain the age of majority. So essentially, it gives them an option to roll back the marriage as if it never happened. If the parties do not wish to annul the marriage, it would be considered a legitimate marriage. This shield is given to essentially ensure the rights of minor girls in access to the marital home, marital property and ensure the legitimacy of offspring.

Child marriages under certain conditions however are considered void automatically. This could be where the minor is forced, kidnapped for marriage, or is married for the purpose of human trafficking.

THEN HOW DOES THE LAW STRIVE TO PREVENT CHILD MARRIAGE?

Under Section 9, Prohibition of the Child Marriage Act, male adults shall be punished with imprisonment up to two years and/or a fine of Rs 1 lakh for marrying a minor girl. Under Section 10, “Whoever performs, conducts, directs or abets any child marriage shall be punishable with rigorous imprisonment which may extend to two years and shall be liable to fine which may extend to one lakh rupees unless he proves that he had reasons to believe that the marriage was not a child marriage.” This enables the police to arrest not just the adult groom or parents facilitating a child marriage, but anyone who participates in solemnizing such a marriage.

In Seema v Ashwini Kumar (2006), the Supreme Court ruled that registration of marriage must be made compulsory. Some states such as Karnataka and Uttarakhand have similar provisions for registering and recording child marriages. In 2019, the Kerala High Court also ruled that there is no bar in the law to register a child marriage, upholding a 2008 government circular framing rules for such registration.