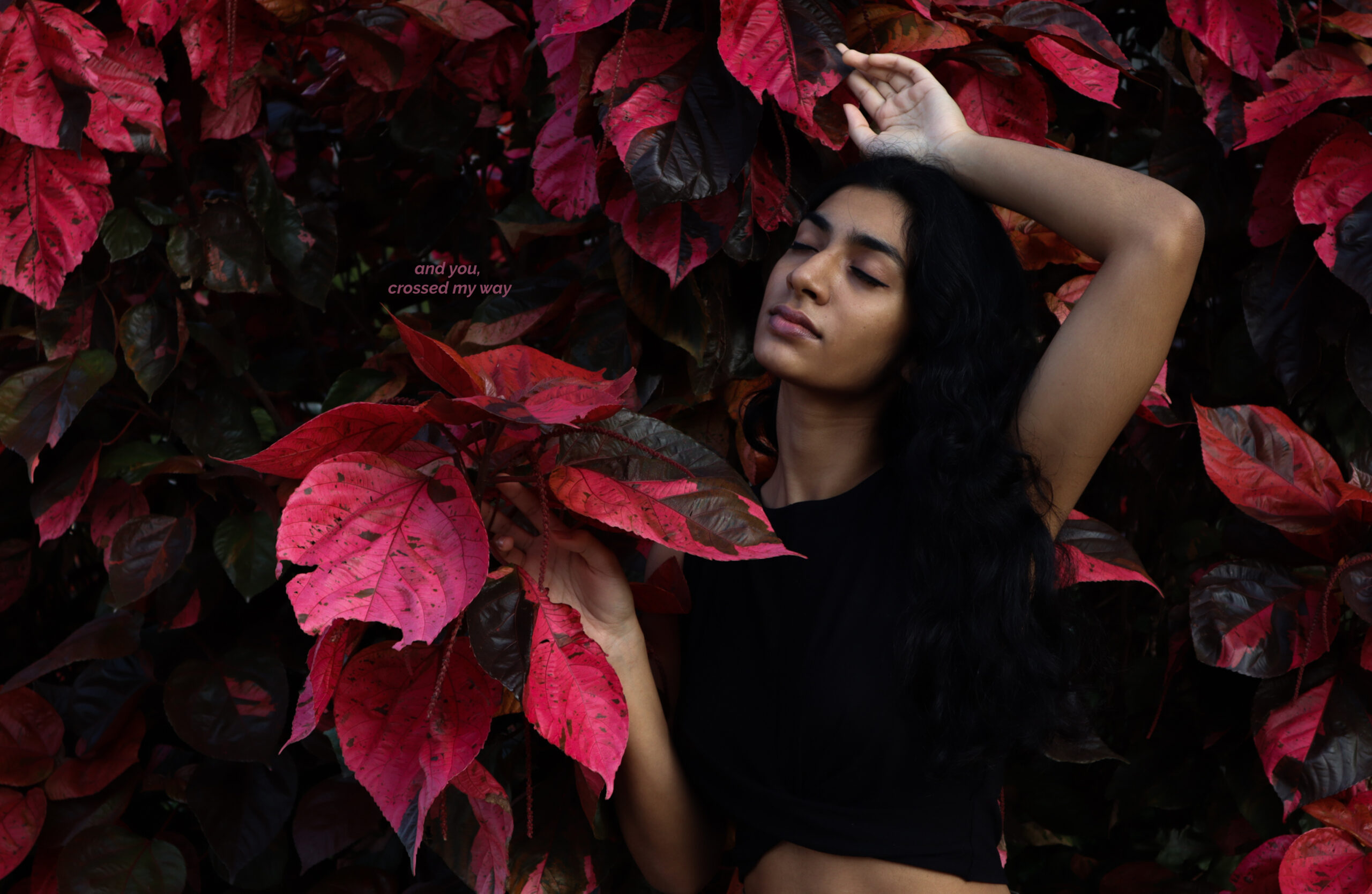 Currently based out of Hyderabad, Priyanka Nath is a singer/songwriter with a narrative style of writing songs. She loves putting strong feelings onto paper; it captures the right essence at the right time, which eventually shapes into a full-blown track. Being someone who doesn’t run away from her emotions, she finds it relieving to be able to put them down in words.
Priyanka released her first song exactly a year ago and so far has 6 singles under her name, “Stay With You” being the most recent one.
When she is not working on a track, Nath is doing constant brain dumps on paper, playing tunes on the guitar, performing live gigs…oh! And watching Netflix.

Contents
1) When did your journey as a musician begin?2) Tell us more about the experience of putting strong feelings on paper.3) Which has been your first track?4) Who has been your inspiration?5) Where do you see yourself in the next 5 years?6) How would you describe your music?7) Which has been your most memorable project or song?8) What advice would you give to the aspiring musicians?9) Share some of your achievements with the magazine.10) How was life in quarantine?

Here is Priyanka Nath in a conversation with GOGO Magazine.

I enjoyed singing ever since I can remember. My mother is a trained classical singer who would sing for All India Radio during her college days. She’d put on Lata Mangeshkar and Asha Bhosle songs at home and eventually I’d remember the lyrics and sing along.

I started doing gigs in 2018-19 while I was studying in Bangalore and I realized I really enjoyed doing it. But the real journey began only after the pandemic hit and we were all locked inside our homes. I started my YouTube channel last April and began posting song covers. Soon after, I began writing my own songs, gave it a tune, and before I knew it I had a song ready to be released to the entire world! I began performing again starting February 2021 at a pub in Hyderabad and have been performing there ever since; it’s one of the best things to happen to me. I love that I can actually perform what I practice or sing at home to an audience; I believe it teaches me how to do things better, be it singing a particular song or interacting with the audience, every single time.

2) Tell us more about the experience of putting strong feelings on paper.

Well, I can’t really bottle up my emotions. And when they come out onto paper, it makes things so much better for me; I feel relieved and, at the end of the day, good about having put them into the form of lyrics. I, then start looking forward to making that song and all are merry all over again. This doesn’t happen all the time though. Just writing about my feelings sometimes too helps me gain perspective; I take a step back, look at the bigger picture and then start narrowing down to the next step.

My first ever track that not too many people know of was a rap song called “Quarantine Day”. I even made a simple music video out of it which was super fun! I asked some friends of mine to send me their clips and the response was overwhelming! As the name suggests, it was inspired by our home quarantine; it made me reflect upon what our lives had come down to at that point in time and put things that I was witnessing at home or on social media, onto paper. It so happened that the lyrics flowed out of me in the form of rap and nothing else! Here’s the video:

I have been listening to and following the works of Taylor Swift ever since she debuted. She was my first ever inspiration for songwriting. She has a brilliant sense of writing; it’s almost as though I’m reading out of her diary every time I listen to any of her songs. That really took to my liking because I am someone who likes to write in a conversational manner at times. I really appreciate Lauv’s sense of minimalistic songs; soothing music and simple beats! Currently, I’m hooked on BTS and Ariana Grande. I can’t stop appreciating their vocals and song style every time I listen to any of them. I am bedazzled by the music videos of BTS and I hope to reach a stage where I can work with them in the future.

In a place where my music’s crossed territorial boundaries and is listened to by all.

My music so far has given out very chill vibes; simple beats with a romantic take to the lyrics. A few of the songs have been acoustic, like the recent single “Stay With You”. But who’s to tell that I won’t experiment further and come up with something completely different like a mainstream pop song (because I love pop music)! I feel like my music still is undergoing changes; I haven’t stuck to anything in particular but I hope to make better pop music in the near future.

Working on my EP “Escape” was pretty challenging. I wanted to make 3 songs- 2 English and 1 of another language. I set myself a deadline and worked a day in and day out to make good songs. However, by the end of it, I had to scrap the 1 song that was supposed to be a different language, but I assure you you’ll hear it soon!

The EP, “Let’s Sail Away Tonight” in particular is a memorable one. This song stemmed from a time when I was in a dark place and the chord changes for this song were something I cherished so dearly while making it that I would immediately feel calm every time I worked on it/listened to it. This is the reason I also made it a completely acoustic song (only an acoustic guitar), to keep it calm and simple.

Don’t stop if the numbers look low to you. Keep working on your music because your quality will matter in the longer run.

I bagged my first Rolling Stone India feature for my EP Escape that released in December 2020. I was surprised and happy that it was accepted and it went through! My recent single “Stay With You” also garnered a feature from them and it helped me reach so many more people. “Stay With You” also currently receives web radio playouts on Radio City India under the category ‘Radio City Freedom’. Apart from them, multiple e-magazines and music blogs on social media have featured my work which is very motivating to see. As an indie artist, it truly gives me a boost to get better with every release.

Very exciting! Quarantine is when the music started and eventually took shape into what you see happening now. After starting a YouTube channel and posting song covers (and making my own kind of music videos for that too), I began writing my own songs. It was a great feeling to have something of my own that I could start sharing with the world. I learned how to produce whilst in quarantine, released my first song, made a music video for it at home, and kept making more! There was music on my mind every day and it was so exciting to be planning for it. I am so grateful for the time that I had at home during quarantine, where I could actually take the time out to just do what felt right at the moment, only to eventually see myself shape into a better and hard-working musician.