Jio – Live Life to The Fullest

Mukesh Ambani, a recognized name in every Indian household, a business tycoon who worked beside his father shoulder to shoulder and when the time came stepped right into his shoes and continued to not only build but also expand Reliance Industry Limited.

On 18 June 2014, while addressing the 40th AGM of Reliance Industries, Mukesh Ambani announced that he will invest $24 billion across businesses in the next three years and launch 4G broadband services. February 2016, Jio launched its own 4G smartphone brand named LYF. And soon it became India’s third largest-selling smartphone.

The release of the service Reliance Jio Info COMM Limited, commonly known as Jio, was a success, and Reliance’s shares increased.

With most of India’s population switching to smartphones as in where over half a billion are internet users, many of them on Jio network, which has grown from strength to strength over the years, making Jio the largest network in the country hence turning it into a prime investment proposition.

Being an advent of cheap and fast internet the appeal for global companies to invest in India was already high and only increased with Ambani’s offerings. Because of India’s recent border clashes with China, Chinese investments were a complete no go that was almost $1.5 billion in 2019, opening the opportunity for other overseas companies to invest in the country.

Covid-19 pandemic crumbled the economy all over the world, few of the world’s billionaires fared well in the collapse however, Mukesh Ambani lost a good worth of 28% bringing him down to the 10 richest man (well he remained in the top ten that’s commendable). With oil prices and global stocks collapsing, it was a bloodbath for global business. He reported a loss of $5.6 billion.

With people shelving travel plans due to the deadly virus
outbreak, oil prices have reached their lowest levels in several years. This affected the share price of Reliance Industries, Ambani’s oil-to-telecom conglomerate, which runs the world’s biggest refining complex in Jamnagar, Gujarat.

Economic Growth Amidst the Pandemic

Just as his share prices were falling, Facebook announced its investment of $5.7 billion for 10% stake in Reliance Jio Platforms, saying that they expect the tie up will make WhatsApp the primary way that millions of India’s small businesses can connect with their customers.

This messaging app has approximately 400 million users in the country, about the same as Reliance Jio Info Comm Ltd.’s subscriber base for wireless services and that was just the start of the rush of capital coming into Jio Platforms.

And as that deal was ongoing Google also pledged a whopping $10 billion to be invested in India over the next five to seven years with the aim of consolidating its position in the digital ecosystem of the world’s fifth-largest economy that is emerging as a battleground for global internet giants.

The firm’s outlay for India — nearly double the $5.7 billion investment made by rival Facebook in the digital platform of India’s largest conglomerate Industries in April which will be deployed through a mix of investments and partnerships. An arm of Qualcomm Inc. was the latest in Jio’s growing list of high-profile investors, who also include Silver Lake Partners and Mubadala Investment Company.

The flurry of deals for Jio have backed Ambani’s ambition to morph Reliance from an energy company to an e-commerce giant. Jio is at the center of Ambani’s drive to create a homegrown version of Alibaba Group Holding Ltd. And the tie-up with Facebook has given the venture a Silicon Valley stamp of approval and has lured a dozen investors, enthused by the unit’s potential to shake up online retail, content streaming, digital payments, education and health care in a market of 1.3 billion people.

A True Businessman with a Vision

Mukesh Ambani has proved that despite the ups and downs in his world ranking it does not let him divulge from his aim for India to reach it’s true potential, like his father he truly believes in a bright future of his country and works towards the futuristic plans, which at the time does not make sense but at times like this it only proves to us as to why he is the richest man alive in India. 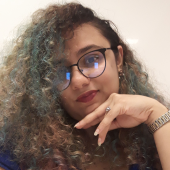 Creating my own sunshine !!

The revelations from the Pegasus Project