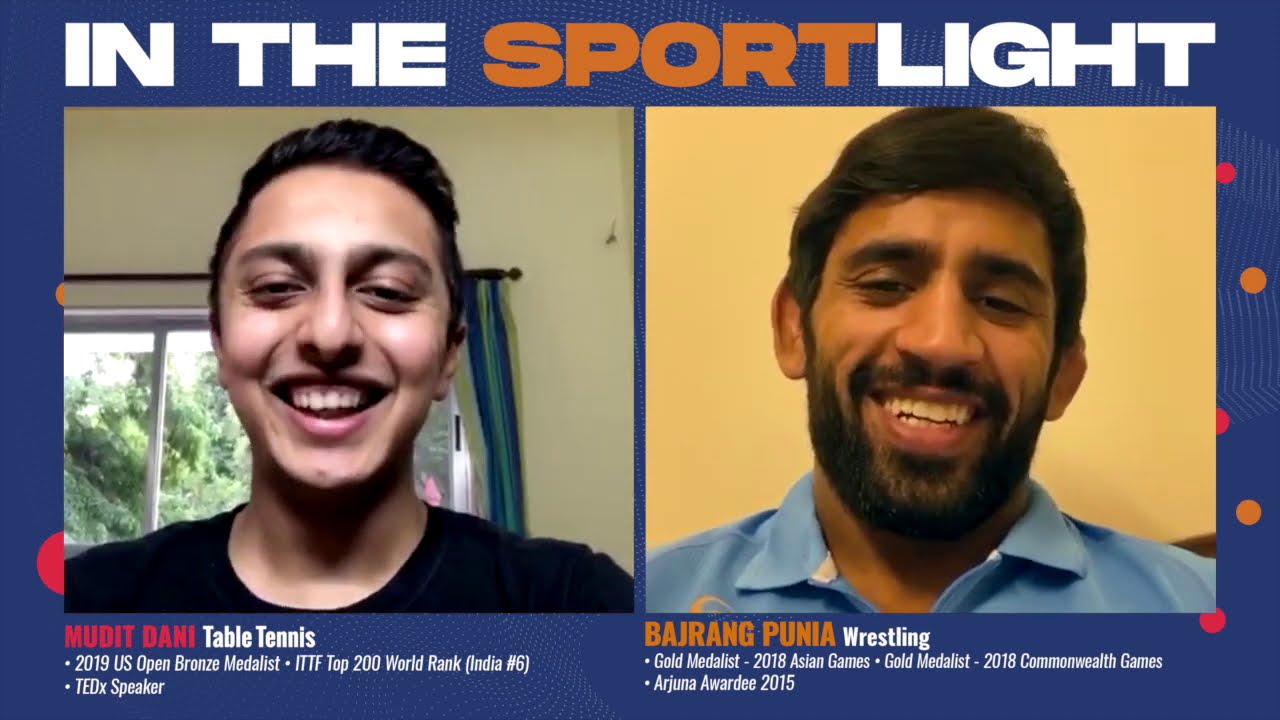 The Asian Games gold medalist Bajrang Punia is confident of Indian wrestlers performing well and winning medals at the Tokyo Olympics next year. The star grappler believes India’s performances at the World Championship show they are in good form.

“I think we will win three to four medals from wrestling in the Tokyo Olympics. The World Championship is a tougher tournament than the Olympics but we performed well there. So I think Indian wrestlers are in top form which makes them strong contenders for a medal haul in Tokyo,” Punia said during the 17th episode of budding international paddler Mudit Dani’s online live chat show ‘In The Spotlight’ on Saturday night.

The Olympic Games, which were initially scheduled to take place in 2020, have been postponed by a year due to the COVID-19 pandemic. Along with Punia (bronze, 65kg), Deepak Punia (silver, 86kg), Vinesh Phogat (bronze, 53kg) and Ravi Kumar Dahiya (bronze, 57kg) also won medals at the 2019 World Wrestling Championship in Kazakhstan and secured an Olympic berth in the process.

During a freewheeling chat with Dani, 26-year-old Punia said he would have lived a normal village life if he had not pursued wrestling. He also rated his first World Championship medal as the most memorable accolade of his career so far. The Haryana boy had an impressive outing at the 2013 World Championship where he won bronze at the age of 19.

The online live Instagram chat series ‘In The Sportlight’, that 21-year-old Dani has begun with the sole purpose of delivering inspiration to other young athletes and fans, has seen champion athletes like Abhinav Bindra, Leander Paes, PV Sindhu, Sathiyan Gnanasekaran and Union Sports Minister Kiren Rijiju participate, among others.

Talking about the competition in his current weight category 65kg, Punia said: “I feel 65kg is the toughest category in the world. There is no wrestler who has successively won world championship titles or Olympic gold medals. There is always a new champion in every edition. There are strong wrestlers in this category who can beat anyone on their day.”

The grappler further praised the government and sports federations for organizing events such as Khelo India. It has provided a much-needed platform for young athletes to showcase their talent. “The way we have been organizing events at the grassroots level such as Khelo India, a lot of youngsters are getting much-needed support from it which was not there earlier. And if they keep getting this kind of support, not only in wrestling, India will win medals in every sport at the Olympics,” he concluded.