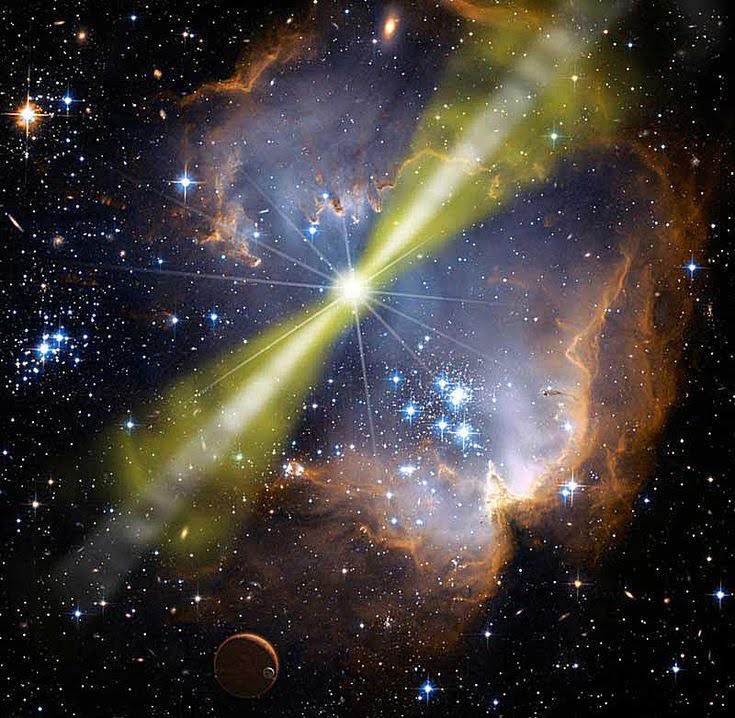 Black holes always intrigue us because so far we know about them so little. So it’s always a hot topic in astronomy and researchers always have their eyes on these mysterious and familiar objects. Recently a paper has been published entitled “Gamma-ray heartbeat powered by the microquasar SS 433”, by Jian Li, D. F. Torres, Ruo-Yu Liu, Matthew Kerr, Emma de Oña Wilhelmi & Yang Su, published in the journal Nature Astronomy, 2020, on 17 August 2020.
https://www.nature.com/articles/s41550-020-1164-6

They have detected a mysterious gamma-ray heartbeat coming from a cosmic gas cloud. (Gamma rays have the smallest wavelengths and the most energy of any wave in the electromagnetic spectrum. They are produced by the hottest and most energetic objects in the universe, such as neutron stars and pulsars, supernova explosions, and regions around black holes. On Earth, gamma waves are generated by nuclear explosions, lightning, and the less dramatic activity of radioactive decay.)

This cloud is located in the constellation Aquila and it’s beating with the rhythm of a nearby black hole, indicating a connection between the two objects. Researchers analyzed more than ten years of data from NASA’s Fermi Gamma-ray Space Telescope, looking at a microquasar (A microquasar, the smaller version of a quasar, is a compact region surrounding a stellar black hole with mass several times that its companion star). https://fermi.gsfc.nasa.gov/

The system they observed is the very famous SS 43 and it is the first discovered microquasar. Located some 15,000 light-years away, within the Milky Way, it consists of a giant star of about 30 times the mass of our Sun and a black hole of 10 to 20 solar masses. The two objects are orbiting each other while the black hole sucks matter from the giant star.

“The timing signal we found provides an unambiguous connection between the microquasar and the cloud, separated by about 100 light years. This is as amazing as is intriguing, opening questions regarding how the black hole powers the cloud’s heartbeat thus far”, says Torres, IEEC researcher at ICE-CSIC.

Further observations are required to explain the gamma-ray heartbeat of this unique system beyond this initial discovery.

“SS 433 continues to amaze observers at all frequencies and theoreticians alike,” emphasizes Li. “And it is certain to provide a test-bed for our ideas on cosmic-ray production and propagation near microquasars for years to come.”

The Institute of Space Studies of Catalonia (IEEC  — Institut d’Estudis Espacials de Catalunya) promotes and coordinates space research and technology development in Catalonia for the benefit of society. IEEC fosters collaborations both locally and worldwide and is an efficient agent of knowledge, innovation and technology transfer. As a result of over 20 years of high-quality research, done in collaboration with major international organizations, IEEC ranks among the best international research centers, focusing on areas such as astrophysics, cosmology, planetary science, and Earth Observation. IEEC’s engineering division develops instrumentation for ground- and space-based projects, and has extensive experience in working with private or public organizations from the aerospace and other innovation sectors.