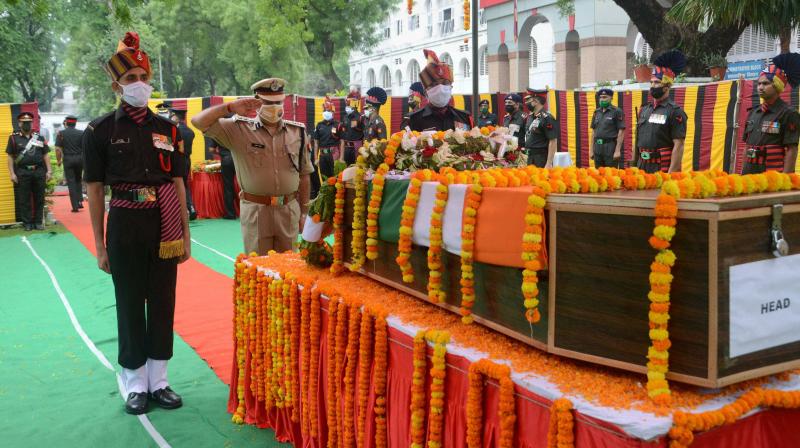 In the ongoing standoff in the western sector of the Indo-China border, things took a drastic turn when de-escalation was in process. A brawl between both the armies took place on Monday which lasted for 6 hours. Indian media reported that 20 Indian soldiers were martyred in action where one of them was a Colonel rank officer. The Bravehearts fought to death whilst killing 40+ soldiers of PLA.
However, these may not be the actual numbers and I’m afraid that more of our soldiers may have succumbed to injuries or may have attained martyrdom while guarding us.
To those who don’t know the reason of this territorial dispute, you can read it here
https://gogomagazine.in/the-india-china-issue/

Post skirmish the Indian Army recovered the nail-studded rods that were used by Chinese soldiers to attack the Indian soldiers.
This shows that the Chinese army had planned this whole thing beforehand and even if the Chinese troops were trained welders before they got recruited and carried the necessary things that are used for welding purposes there’s no way that they welded the nails to the iron rods during a fistfight. This clearly shows that the PLA had the intent to kill and had planned this skirmish a long time ago.

Although many face-offs, and brawls had happened between both the armies but this is the first instance in 45 years where deaths were seen. The last firing on the border happened in 1975 when four Indian soldiers were killed in a remote pass in the north-eastern state of Arunachal Pradesh. The clash was variously described by former diplomats as an ambush and an accident. But no bullets have been fired since.

Being a native of Himachal Pradesh, in response to the clash, I’ve seen a number of army trucks heading towards Ladakh and heard jets flying over my head.

The whole nation mourns for the demise of the warriors who attained martyrdom.
Praying for their families will give them back what they have lost but may provide them with the strength they need. We will pray for a day or two and forget what happened when the whole thing cools down, but the parents who lost their son, the wife who lost her husband, the sister who lost her brother will carry the agony in their heart.
Praying is not enough and will never be, working on oneself to be a better citizen who is worthy enough to die for would do justice to our heroes.

Meanwhile, Prime Minister Narendra Modi on Wednesday assured the nation that the sacrifice of our brave soldiers will not go in vain.

“I would like to assure the nation that the sacrifice of our jawans will not go in vain. For us, the unity and sovereignty of the country is the most important. India wants peace but it is capable to give a befitting reply if instigated. Let there be no doubt in anyone’s mind in that respect,” the PM said.