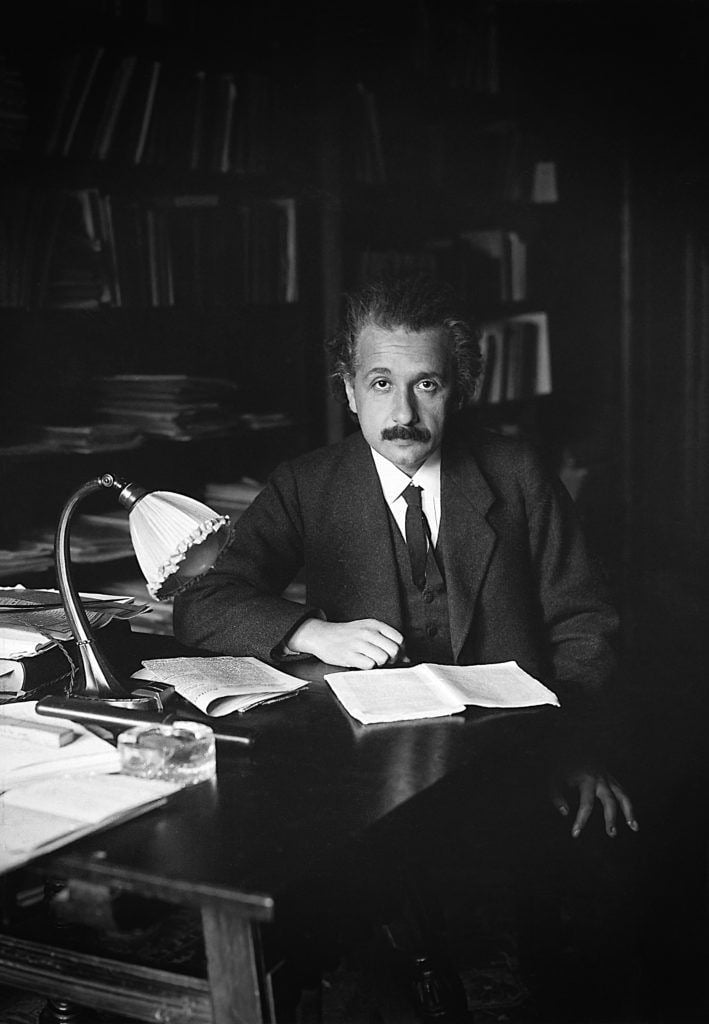 Where to start and where to end. Einstein’s connection with the politics of the nuclear bomb is well known, yes the Einstein–Szilárd letter. The Einstein–Szilárd letter was a letter written by Leó Szilárd and signed by Albert Einstein that was sent to the United States President Franklin D. Roosevelt on August 2, 1939, which persuaded the United States to take some serious action and he engaged in postwar efforts to prevent the nuclear war. But this wasn’t the only time Einstein was dragged into politics. Einstein’s life was in his own words,

Contents
PacifismZionism Good News for Einstein- He’s not Coming Back

“divided between politics and equation“

During the First World War which can count as his first political activity. At that time he was a professor in Berlin. War is a waste of human lives. He realised that and thus he became involved in anti war demonstrations. Most of us people know Einstein as a great scientist which no doubt he was but he was a peace lover and activist too. But when you dig the information more about him and his anti war movements, that will show you that half of his life’s energy was dedicated to the struggle for peace and the other half to his atomicw research. He was involved in the peace movement before the First World War. Before 1914, Einstein was openly opposed to German militarism, racism, nationalism, and the use of violence in foreign policy.

Then following the war, he directed his efforts towards reconciliation and improving international relations. Which wasn’t that popular that time and his politics were making it difficult for him to visit the United States even just to give lectures.

Although Einstein was Jewish by descent, he rejected the biblical idea of God. Obviously his scientific mind used to have some questions. But contradictory to this he was an outspoken supporter of Zionism. And once again unpopularity didn’t stop him from speaking his mind. Because of Zionism his theory came into attack and a whole community named “anti-Einstein” was set up. He received many death threats but he was courageous man and when a book was published entitled “100 Authors against Einstein “ he firmly reported,

“if I were wrong, then one would have been enough.”

In June 13, 1947, Letter to Jawaharlal Nehru, Prime Minister of India he expressed,

“Long before the emergence of Hitler I made the cause of Zionism mine because through it I saw a means of correcting a flagrant wrong….The Jewish people alone has for centuries been in the anomalous position of being victimized and hounded as a people, though bereft of all the rights and protections which even the smallest people normally has…Zionism offered the means of ending this discrimination. Through the return to the land to which they were bound by close historic ties…Jews sought to abolish their pariah status among peoples… The advent of Hitler underscored with a savage logic all the disastrous implications contained in the abnormal situation in which Jews found themselves. Millions of Jews perished… because there was no spot on the globe where they could find sanctuary…The Jewish survivors demand the right to dwell amid brothers, on the ancient soil of their fathers.”

Good News for Einstein- He’s not Coming Back

In 1933, when Hitler came to power. Einstein was in America and declared that he won’t go back to Germany. Nazi militia raided his house and confiscated gus bank account and The Völkischer Beobachter published a series of attacks on him, and more mainstream papers followed suit. One headline read “Good News of Einstein—He Is Not Coming Back!”  And a pamphlet that surfaced some months later reprinted Einstein’s photograph in a collection of enemies of Nazi Germany, over the caption, “Not Yet Hanged.”

Einstein as we can figure out was a firm believer of peace and he feared that German Scientist would build a nuclear bomb, that’s why he proposed the United States should develop its own. But most of us blame him for the nuclear bomb but in reality even before the first atomic bomb he was publicly warning of the dangers of nuclear war and proposing international control of nuclear weaponry.

A peace lover and a scientist who spent his half life fixing international relations. But for him, he was always too naive in politics.

“Equations are more important to me, because politics is for the present, but an equation is something for eternity“