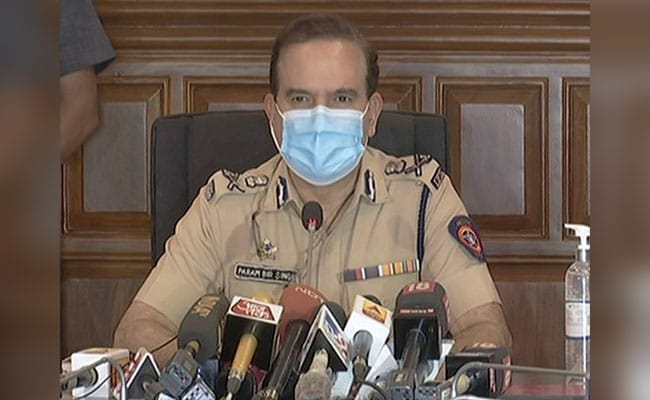 Last week Mumbai police commissioner held a press conference where he revealed 3 channels that are conducting TRP manipulation and caught red-handed including a hate spreading channel Republic tv, Besides Republic TV, Box Cinema and Marathi channel Fakt Marathi have been accused of TRP manipulation during the preliminary investigation. The Mumbai Police have also arrested the owners of the two channels, Shirish Shetty and Narayan Sharma. They will remain in police custody till October 16, according to the Hindustan Times.

Contents
SO WHAT HAPPENED?PROBLEM IN TRP SYSTEM OR IN MANIPULATION..!?

Broadcast Audience Research Council filed a complaint through Hansa Research Group, alleging that certain television channels were rigging TRP numbers. Hansa Research is one of BARC’s vendors on engagement with panel homes, or “people’s meters”. After that crime branch started their investigation later they get evidence and witness for 3 channels that were manipulating TRP with a large TRP manipulation racket. Mumbai Police chief Param Bir Singh had said that an analysis of manipulation of news trends showed a “false narrative” was being spread, especially regarding the investigation into actor Sushant Singh Rajput’s death.

Republic TV had refuted the allegations of TRP manipulation and accused the Mumbai Police of a vendetta. The Mumbai Police, on the other hand, denied any bias in the investigation.

After all of this, the police issued summon to the two senior editors of Republic TV, before the crime branch of the Mumbai Police to record their statements in connection with an investigation into the alleged manipulation of TRP, the questioning went on till late evening. Officials said they were questioned mainly to understand the nature of their work. “We first want to understand how the channel operates and how it gets advertisements. They have explained things to us” later a summons was issued after Police saw some documents that were put on the air by the channel. These documents were found to be of the research group. “Citing that both the editors were in the loop of the facts that were put on the air, they were summoned for questioning. Details of the documents were sought, to get further clarity” On 13th October police presented their 1st evidence, “They claimed that the Republic TV identified five households who were paid Rs 200 each for keeping the channel running on their TV.”

PROBLEM IN TRP SYSTEM OR IN MANIPULATION..!?

Firstly let’s have a look at some numbers, In India, about 760 million to 800 million individuals view t.v, While TV penetration in rural India is about 52%, in urban India it is about 87%. Of this DTH is used by about 70 million-80 million households, cable is used by 60 million, and terrestrial by about 10 million-20 million households. About 550 million individuals tune into the TV daily and spend roughly 3.45 hours per day watching TV. The industry boasts of more than 800 channels across various genres. Of the total revenue of about ₹66,000 crore, about 40% is attributable to advertising and 60% to distribution and subscription services.

India’s total advertising market is $10 billion-$12 billion, of which digital advertising is about $2 billion, according to Dentsu in 2020
In the early days, TAM (Television Audience Measurement) and INTAM (Indian National Television Audience Measurement) are the two rating organization when channels follow TAM to retrieve data/install meters and identify ‘confidential homes’.

Those homes would be given a new plasma TV, in vogue those days. In those households, a particular channel would be turned on and put on mute on the new TV. And the people in the house would continue watching whatever they wanted to on their regular TV sets. Needless to say, TAM and INTAM gave different ratings reports to suit different clients. Soon, they discovered that it was best to work together, so they merged. When BARC (Broadcast Audience Research Council) came about, it took over the flawed TAM meters which are now said to constitute about a third of its own metering.

According to a report in India, almost Rs 25,000 crore are spend on commercials, technically which means 22,000 bar-o-meters (or 44,000 households) are used to distribute digital advertising goodies worth about Rs 25,000 crore. After this scale was introduced many experts asked BARC how only 22k meters show what 800 million individuals are watching, but still, we are using this system to spend Rs 25k crore of advertisement.

As per the lastest news BARC has stopped rating channels for 2 weeks and suspended the ratings of news channels for 3 months.