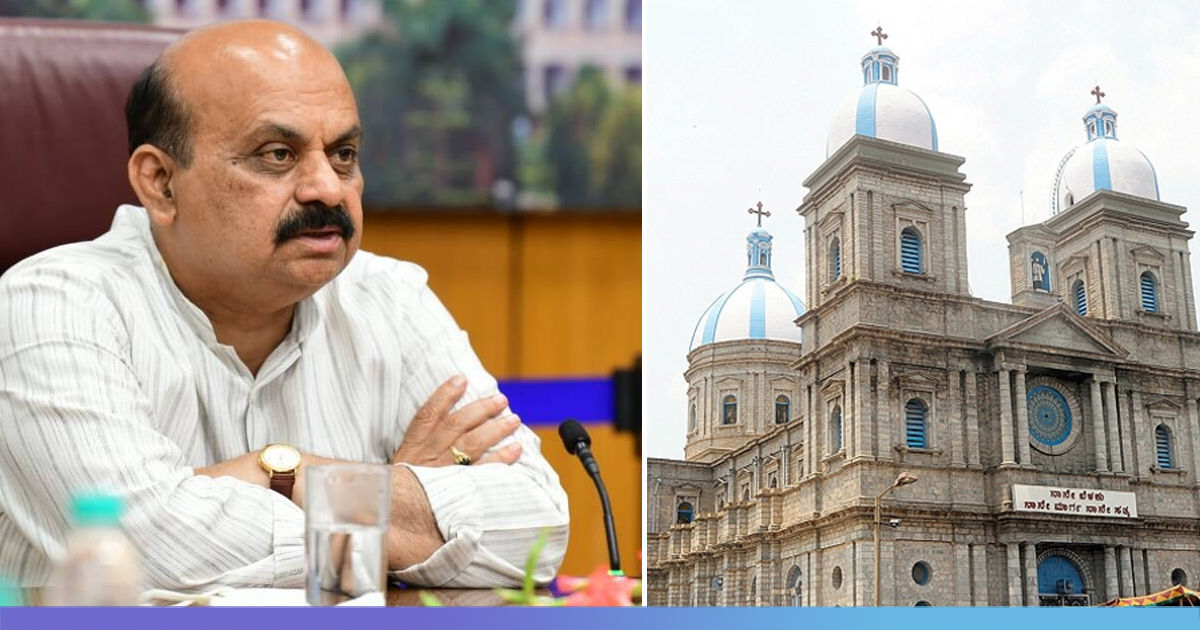 The Karnataka High Court issued a notice to the BJP-led state government on Monday based on a petition filed by the People’s Union For Civil Liberties (PUCL) that challenged the government’s move to order a survey seeking information about churches in the state.

Contents
WHAT IS THE ONGOING SURVEY ABOUT?WHAT MADE THE ISSUE POLITICAL?WHAT HAS BEEN THE RESPONSE FROM THE CHRISTIAN COMMUNITY IN KARNATAKA?WHAT HAS BEEN THE COMMUNITY’S REACTION TO ALLEGED CASES OF CONVERSION?HOW HAS THE KARNATAKA HIGH COURT REACTED TO A PETITION FILED AGAINST THE SURVEY?

WHAT IS THE ONGOING SURVEY ABOUT?

The Directorate of Minorities Welfare, which operates under the aegis of the Karnataka government, instructed the deputy commissioners of all districts in the state to conduct a survey of churches, citing it as data collection. Communication regarding the same was issued on July 7, As per the communication, the survey intends to collect data related to churches, their address, geographic location, khata (landholding) and survey number (of the plots in which churches operate from) and the name of the priest/pastor in-charge.

Further, a house committee of the Karnataka Legislative Assembly on Backward Classes and Minorities met on October 13 to decide on the implementation of another survey to check “forced conversions” by Christian missionaries, A day after the house committee meeting, an internal order was issued by the ADGP of the State Intelligence Department to gather information about “authorized and unauthorized” churches. The order was sent to all Deputy Superintendents of Police (DSPs) in the state to check churches and community prayer halls in their respective jurisdictions.

WHAT MADE THE ISSUE POLITICAL?

BJP MLA from Hosadurga (in Chitradurga district) Goolihatti Shekhar, during the recent monsoon session of the Karnataka Assembly, claimed religious conversions “by force or through inducement” were “rampant” across the state. The MLA also said that 15,000 to 20,000 people, including his own mother, were converted to Christianity in his constituency, Shekhar, citing statistics from the Home Department, claimed that 36 cases of forced conversion were registered from across the state. “The menace of forced conversion is so rampant that some are even converting residences to churches and Bible societies,” he alleged.

This led Home Minister Araga Jnanendra’s response that the government would keep a “strict vigil” on such alleged activities. “The issue (of religious conversions) has come to the government’s notice. Converting people from one religion to another by inducing them is a punishable offence. We will keep a strict vigil on such activities. There is a wide network working on religious conversions across the country,” Jnanendra had said then.

A week later, Karnataka Chief Minister Basavaraj Bommai revealed the state government’s plan to introduce a law to ban forceful religious conversions in the state, Janata Dal (Secular) MLA Devanand Fulsing Chavan, who represents the Nagthan constituency in Vijayapura district, added to the allegations against Christian missionaries, accusing them of targeting the “vulnerable banjara community.” He explained that the district was home to 3.5 lakh people belonging to the community and “mass conversions” were taking place there.

Incidentally, Hosadurga MLA Shekhar chaired the 20-member house committee that ordered the survey on Christian missionaries as well, adding to the stiff opposition from the Christian community, with several leaders terming the action merely based on “sporadic and insignificant incidents”.

WHAT HAS BEEN THE RESPONSE FROM THE CHRISTIAN COMMUNITY IN KARNATAKA?

Among those from the community to respond first was Bangalore Archbishop Reverend Peter Machado, who is also the president of the Karnataka Region Catholic Bishops’ Council, Machado, in September, led a delegation of Catholic bishops in the state to meet Bommai to voice concerns on the proposed law to ban forcible religious conversions in the state.

Expressing displeasure over allegations against the community, he said such statements made by elected representatives were “malicious” and “untrue”. The bishops also noted that such a law would lead to “unnecessary communal issues and unrest” with many more controversial statements and reactions made following the same.

Even as the community was hopeful of a positive response from the CM, who apparently stood ground (as a Janata Dal leader) to support Christians when churches were vandalized in the state in 2008, Bommai reiterated that “a strong anti-conversion law will be brought into effect soon” in Karnataka.

Later, the Archdiocese of Bangalore wrote a second memorandum (dated October 14) to the CM worded more strongly indicating that “the entire Christian community will not rest until the draconian order of the Backward Classes & Welfare Department order is withdrawn in total”, opposing the survey.

This was followed by a press conference convened by the All Karnataka United Christians Forum for Human Rights (AKUCFHR) in Bengaluru on October 25 when senior political leaders from the community, including former Union minister of state Margaret Alva, former Home Minister K J George, Anglo-Indian MLA Vinisha Nero, and former Mangalore South MLA John Richard Lobo opposed the BJP government’s move, all of them indicating that such actions would affect the communal harmony that prevails in the state.

Also, read |Moral policing incidents rise in Karnataka as ruling BJP looks the other way
On the same day, hundreds from the community participated in a protest in Hubballi demanding the government to revoke its proposal for an anti-conversion law.

“We are Indians and we lead our lives according to the Constitution. Don’t make baseless allegations against us and victimize us,” president of the Dharwad District Christian Pastors and Leaders’ Alliance for Peace March Sunil Mahade said questioning the intent of the government behind the ongoing survey and the proposed law, However, the Bangalore Archbishop has said he would meet Bommai again to reiterate the community’s concern over a proposed law to ban “forcible religious conversions” in the state.

WHAT HAS BEEN THE COMMUNITY’S REACTION TO ALLEGED CASES OF CONVERSION?

Machado has said that the Church would look into the allegations that 36 instances of forced conversions have taken place in the state. “While most of these allegations are baseless, we will look into these matters to ascertain if there is any veracity in such reported incidents,” he said.

Further, the Catholic Bishops Council cited in its recent memorandum to the CM that the Christian community amounts to only 1.8 percent of the state’s population, saying there was hardly any increase to state that the anti-conversion bill was made in accordance with “the political agenda of some parties”, The Bishops Council has also instructed all churches to direct all queries to their respective diocese (14 in total across the state), claiming that the government “already possesses information on all properties” from which churches operate.

HOW HAS THE KARNATAKA HIGH COURT REACTED TO A PETITION FILED AGAINST THE SURVEY?

Even as the Karnataka High Court refused to pass an interim order to stay the ongoing survey, it has asked the state government to file its objections within three weeks to the PIL filed by PUCL.

“The data has been sought by the Minority Welfare Department and it can be for the welfare of minorities. There is nothing on record to show that in any manner they are going to persecute the Christians,” the Division Bench comprising Chief Justice Ritu Raj Awasthi and Sachin Shankar Magadum observed, In its petition, PUCL stated a communication issued based on a meeting of the Welfare Committee held on July 7 (to initiate the ongoing survey) was “illegal, discriminatory, arbitrary and unconstitutional, being violative of the right to equality and privacy under Articles 14 and 21 of the Constitution of India”.

The High Court has orally said it would consider passing any order after receiving the government’s response to the notice it issued on October 25.