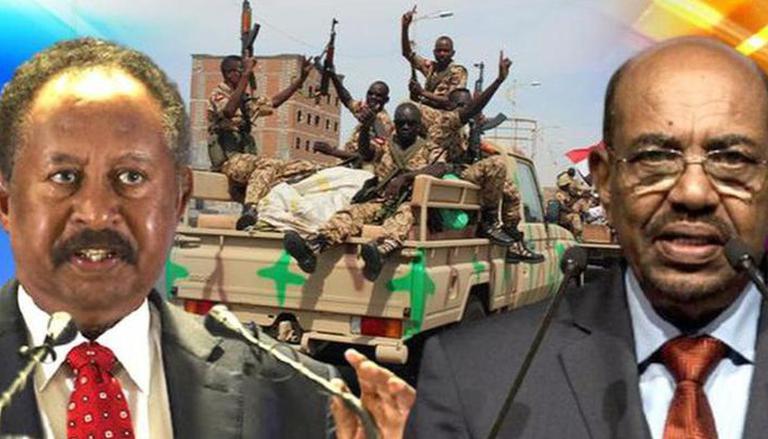 Sudan’s military dissolved its power-sharing government and declared a state of emergency Monday, catapulting the country into the biggest political crisis in its two-year-old transition.

The coup comes after months of rising tensions in the country, where military and civilian groups have shared power in a shaky transitional coalition, called the Sovereign Council since former president Omar al-Bashir was ousted from power in 2019.

Last week, Prime Minister Abdalla Hamdok said a full transition to civilian rule should be in place by November 17, echoing the voices of thousands of Sudanese protesters who took to the streets to demand that the promise of Sudan’s pro-democracy movement be honored, But on Monday the PM and multiple government ministers and officials were arrested, Hamdok and his wife Muna Abdallah, who had been placed under house arrest earlier in the day, have been detained in an undisclosed location, his economic adviser Adam Hireka told media.

Hours later, the head of Sudan’s armed forces dashed hopes that an elected government would be in place anytime soon, In a televised address, General Abdel Fattah al-Burhan said an “independent and fair representative government” would assume power until one is elected in 2023. Several articles of the constitution have been suspended and state governors removed, he said, Sudan’s Information Ministry said in a Facebook post-Hamdok “is still the legitimate transitional authority in the country” and claimed the Prime Minister was “kidnapped” along with a number of his ministers.

On Monday morning, military forces stormed Sudan’s state broadcaster and detained workers in the city of Omdurman, near the capital, Khartoum, according to the Ministry of Information, As reports of an apparent military takeover began to spread across the country, protestors were seen gathering in Khartoum, lighting bonfires and setting up roadblocks.

Hamdok had been under pressure to release a statement “in support of the takeover,” a statement from the Information Ministry read, but instead, he called on pro-democracy protestors take to the streets in peaceful protest, “Sudanese Prime Minister Abdalla Hamdok, in a message from his house arrest, asks the Sudanese to adhere to peaceful (means of protest) and occupy the streets to defend their revolution,” the ministry said.

Multiple videos posted to social media on Monday showed hundreds of demonstrators walking towards army headquarters, chanting: “We are walking holding worry in our hearts — and worry sleeps in people’s chests.”, Some videos showed protestors removing razor wire that had been placed across a road amid reports of street closures in several parts of the city.

Bullets were fired at protesters demonstrating against the coup outside Sudan’s General Command in the city, the Ministry of Information said in another statement. The ministry said there were casualties, but did not clarify how many shots were fired, or who was shooting at demonstrators, The Central Committee of Sudan Doctors, who are aligned with the civil component of the now-dissolved Sovereign Council, on Tuesday said that four people were killed and more than 80 were injured during the protests. Earlier, the group said at least two people were killed.

A man was killed by “gunfire from the forces of the military coup council,” the group said.

Earlier Monday, one eyewitness told that demonstrators had blocked three main bridges in Khartoum, including one that connects Omdurman to the capital and leads to the presidential palace. Security forces briefly fired tear gas near that bridge to disperse protesters, the eyewitness said, explaining that the security forces patrolling the streets are mainly military and paramilitary Rapid Support Forces. There was a minimal police presence on the streets, the eyewitness added.

As chaotic scenes played out across the capital, flights from Khartoum International Airport were canceled, and mobile phone networks and internet access were disrupted, Internet monitoring site NetBlocks confirmed internet connectivity was “severely disrupted” in Sudan on Monday, “manifesting in a telecommunications blackout for many.”

Military and civilian groups have been sharing power since Bashir was ousted in 2019.

But following a failed coup attempt in September, attributed to forces loyal to Bashir, military leaders have been demanding reforms to the Forces of Freedom and Change (FFC) coalition and the replacement of the cabinet.

Civilian leaders, however, had accused them of aiming for a power grab, Sudanese General Abdel Fattah Burhan said that the military had dissolved its power-sharing government on Monday in a televised address, Thousands of demonstrators gathered in front of the presidential palace in Khartoum on October 17 calling for the military to seize power. They were organized by a military-aligned faction of the FFC and called for Burhan to initiate a coup and overthrow the government.

Days later, thousands of protesters took to the streets in a number of cities in support of civilian rule within the country’s power-sharing government, Global leaders were watching the unfolding events in Sudan with concern on Monday; the United States, the European Union, the United Kingdom, the African Union and the United Nations all urged stakeholders to return to the country’s democratic transition process.

The US said it is pausing $700 million in emergency assistance to Sudan in the wake of a military takeover, State Department spokesperson Ned Price announced Monday. The funds were “intended to support the country’s democratic transition,” Price said at a press briefing, “Our entire relationship with this entity in Sudan will be evaluated in light of what has transpired, unless Sudan is returned to the transitional path,” Price added. “The civilian-led transitional government should be immediately restored.”

Special Envoy Jeffrey Feltman, who visited Sudan over the weekend, said in a tweet on the official account of the US State Department’s Africa Bureau the military takeover “is utterly unacceptable” and “would contravene the Constitutional Declaration and the democratic aspirations of the Sudanese people.”

The British government also lambasted the coup, with Minister for Africa Vicky Ford calling it an “unacceptable betrayal of the Sudanese people”, The UN’s Special Representative for Sudan Volker Perthes said “the reported detentions of the Prime Minister, government officials, and politicians are unacceptable,” and asked all parties to “exercise utmost restraint” and called for them to “return to dialogue” in order to “restore the constitutional order.”