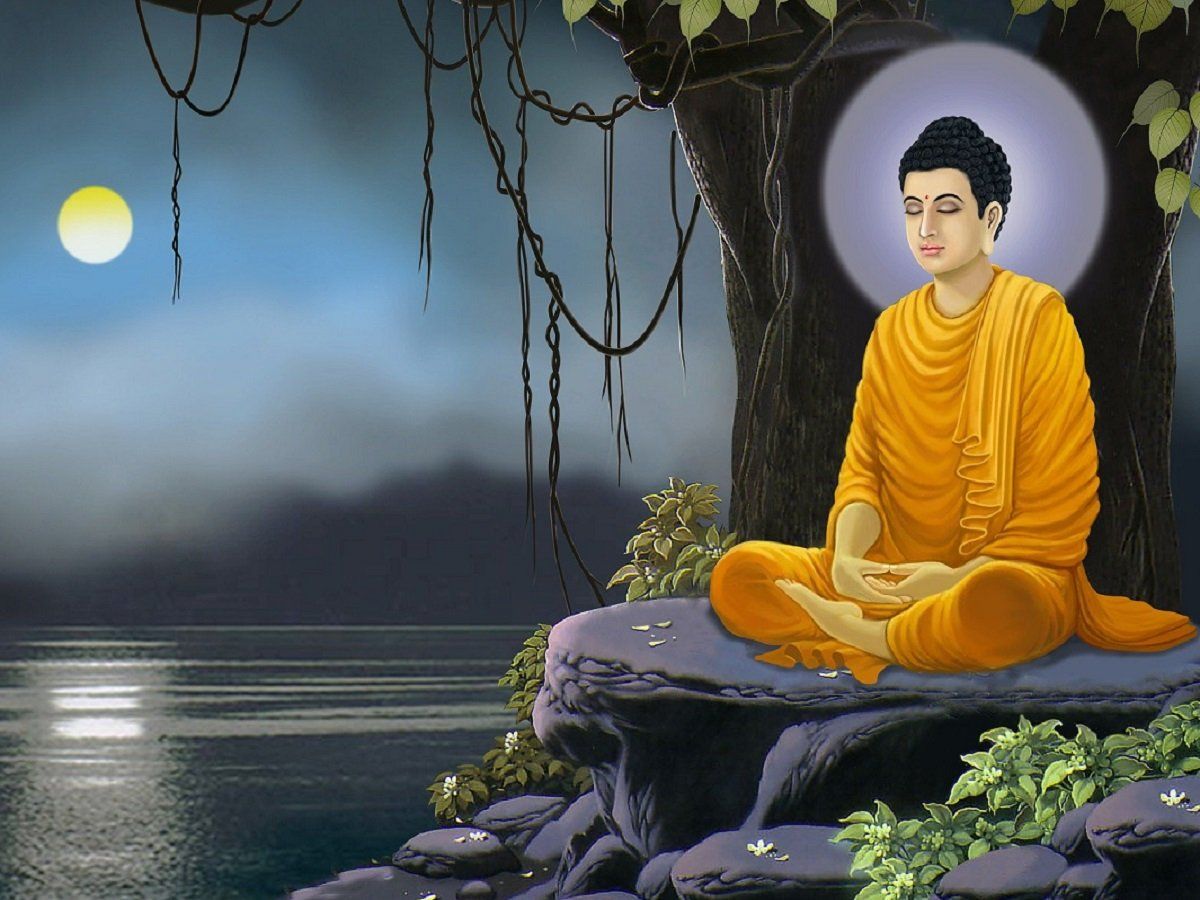 Siddhartha was born un 563 BCE at Lumbini (modern-day Nepal) to a chief of the republican Sakya clan, named Suddhodana. His biological mother Mahamaya passed away a week later after he was born. He was thus raised by his step mother Gautami. It is believed that when Siddhartha was born, a certain group of Brahmanas saw 32 marks of a great man (Mahapurusha) on his body and predicted that either he would be a world conqueror or a world renouncer. To prevent him from the path of renunciation his father kept him away from all the sorrows and brought him up in luxury and comfort.

However when he was 29, he saw an old man, a sick man, a corpse, and an ascetic, he decided to become a wanderer and left his place in search of truth and wandered for six years. He meditated with established teachers of his era but was not convinced with their instructions. Later on, accompanied by five wandering ascetics, he practiced severe austerities until his body was almost emaciated. Realizing that austerities could not lead to realization, he abandoned them. He then took a seat under a Peepal tree facing east. Here he resolved not to rise again until enlightenment was attained.

Thus at the age of 35, he ultimately attained nirvana/enlightenment at Gaya, under a Peepal tree and came to be known as the Buddha, the enlightened one. The Peepal tree was known as the famous Bodhi Tree. Buddha delivered his first sermon at Sarnath. Buddha wandered about, teaching his doctrine for over four decades, and established an order for monks and nuns known as Sangha. He finally attained Parinibbana/Parinirvana at the age of 80 at Kusinara. It is believed that his last words were, “All composite things decay, strive diligently”.