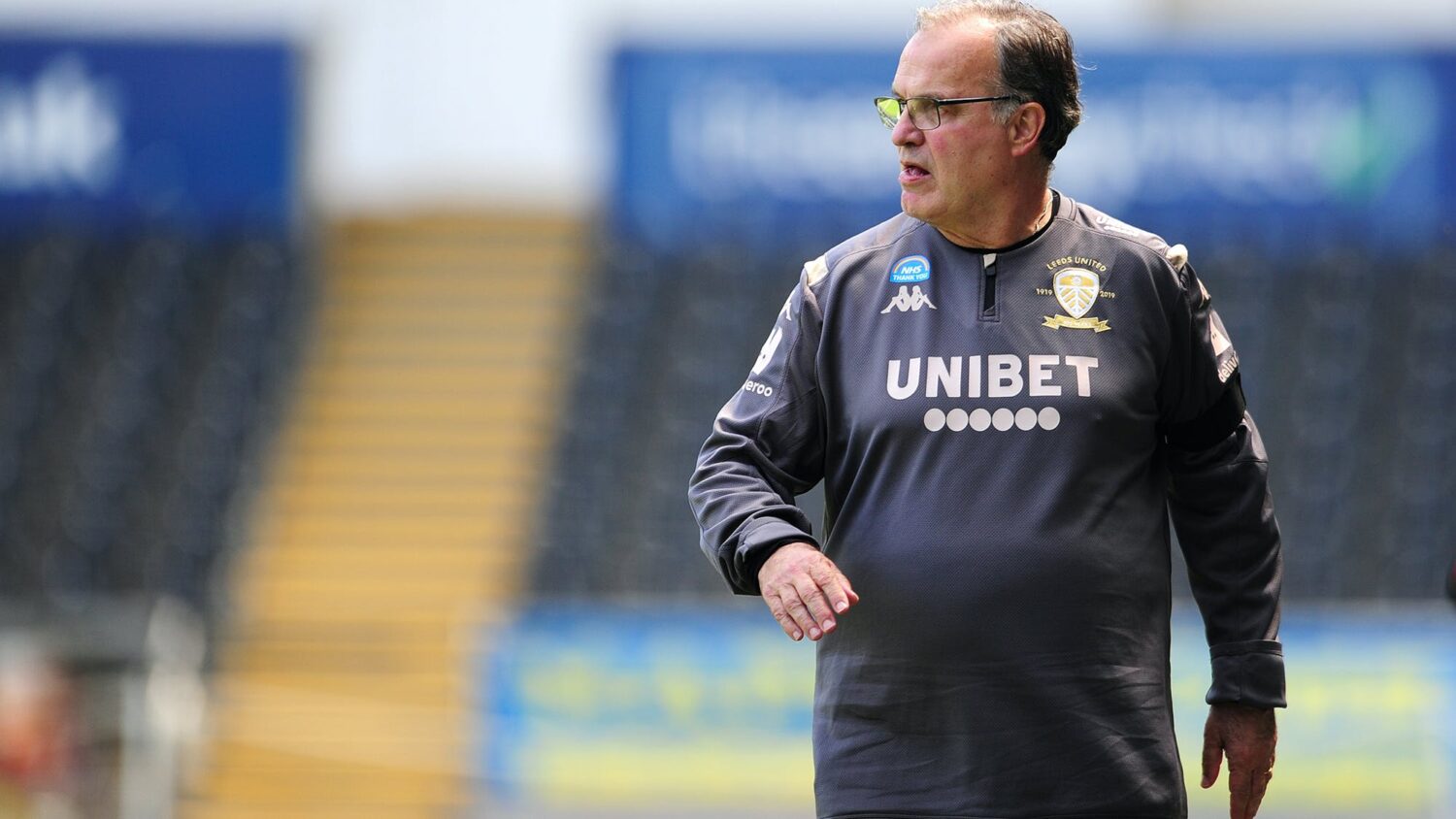 Marcelo Bielsa is an Argentine Manager currently managing Leeds United, a club who came back in Premier League after 31 years under Marcelo Bielsa. Bielsa’s trademark team formation –which he made popular and took to the forefront of the world’s mainstream football scene during his coaching sessions with the national teams of Argentina and Chile and Marseille is 3-3-1-3 formation.  For this formation, the players are three defenders, three midfielders (one central centre-midfielder with two wide players/wing backs), three attacking midfielders (oneNo.10 and two wingers) and one centre-forward. The 3–3–1–3 allows fast transitions from defence to attack, as many of the players included in the formation can perform both defensive and attacking tasks.

In the early 2000’s he was the Coach of Argentina National team with players like Diego Simeone, Gabriel Batistuta, Aimar, Heinze and maintained a win percentage of an astonishing 61% with only 10 losses in his 68 games. He resigned from his position after a dismal performance in 2002 World Cup where they were said to be favourites for the World Cup, he refused to play Gabriel Batistuta and Hernan Crespo together as he felt they would not be able to gel up. In spite of this, Bielsa remained in his place as Argentine boss.

The Albicelestes received the gold medal at the 2004 Copa América and the 2004 Olympic Games. With the latter, his team became the first Latin American team to win the Olympic title in soccer since 1928 (when Uruguay defeated Argentina in the final), the first Argentine Olympic gold medal in 52 years. By the end of 2004, however, Bielsa resigned, replacing José Pékerman.

Chile international Alexis Sánchez said of Bielsa: “I learned a lot from him and it is because of him that I am who I am.”
After his 3 months in solitude where he didn’t even attend calls or watched TV, he took the position of Coach of Chile National team who had failed to qualify for the Fifa World Cup in the last decade.

The Chilean National Team witnessed many positive and negative historic firsts under Bielsa’s leadership. Chile’s historic low was replicated for the first time in its history, with Chile losing 3-0 against  Brazil, which also marked the first home loss against Brazil in the qualifying game in nearly 50 years. On 15 October 2008, however, Bielsa mastered a 1-0 victory over his native Argentina, Chile’s first-ever victory over Argentina in the official match, Argentina’s loss prompted the resignation of its coach Alfio Basile. His appointment brought noticeable changes to the Chilean setup, with the quick tracking of young talents and a more competitive approach away from home.

Due to reports that Bielsa will not continue to lead Chile after finishing his World Cup campaign, Chilean fans lobbied for him to remain a coach, with the movement titled “Bielsa is NOT leaving!”. Bielsa, in any case, expressed that he would leave his position if Jorge Segovia was chosen as President of the Chilean Football Board. He finished on this danger, in spite of Segovia’s political race being repealed, and resigned in February 2011.

On 15 June 2018, Bielsa became Championship club Leeds United’s new head coach to replace Paul Heckingbottom, signing a two-year contract with the alternative of a third year, following fourteen days of dealings. After leading Leeds United through the first six rounds of the Championship undefeated and to the top of the table, Bielsa was awarded the EFL Championship Manager of the Month for August 2018. Bielsa’s undefeated start to the season ended on 22 September with a 2-1 home loss suffered by Birmingham City. On 16 January 2019 Bielsa announced a press briefing in which he gave a comprehensive overview of his research on the PowerPoint presentation to the assembled media and journalists, outlining his attention to detail, thoroughness and planning over his opponents, with a number of journalists in attendance identifying it. Under Bielsa, Leeds United was promoted to the Premier League on 17 July 2020 with two games remaining for the 2019–20 season and also became the EFL Championship Champions for the 2019–20 season, finishing 10 points ahead of the second position in West Brom. On 18 July, the street in the centre of Leeds was subsequently renamed ‘ Bielsa Way’ after the promotion. Bielsa’s first game as head coach in the Premier League on the opening day of the season against Liverpool on 12 September 2020 ended with a 3-4 defeat, including two penalties for Liverpool and Anfield for the reigning champions. In the first Premier League game at Elland Road for 16 years, Leeds won 4-3 against Fulham on 19 September 2020, followed by a late 1-0 win in the Yorkshire derby. They dominated Manchester City, but they had to settle for a draw.