Karnataka Hijab controversy: What is Article 25 & the Govt’s order 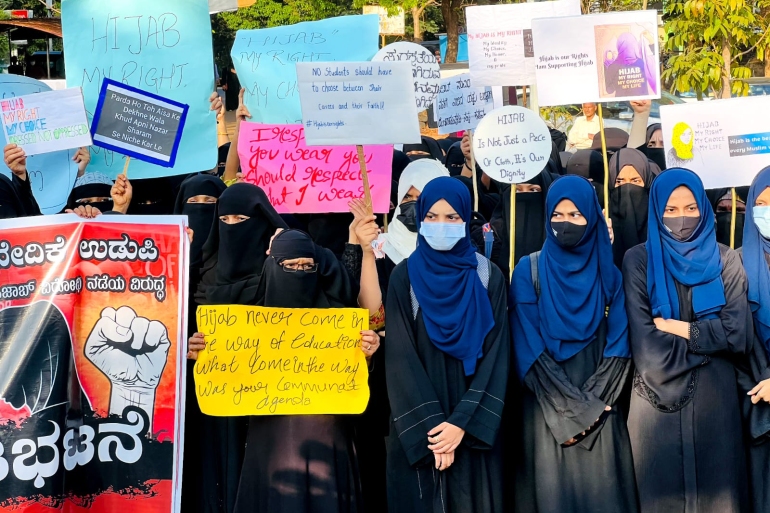 The issue of the Hijab ban in Karnataka schools and colleges has now snowballed into a major controversy with political parties including the BJP, Congress, and others looking to derive mileage ahead of the Assembly elections Uttar Pradesh, Punjab, Uttarakhand, Manipur, and Goa.

The controversy related to Hijab in Karnataka first erupted in January at a government PU College in Udupi where six students who attended classes wearing headscarves in violation of the stipulated dress code were asked to leave the campus. The row spread to different parts of the state with other community students too responding by turning up in saffron shawls, The row has also taken a political color as the ruling BJP stood strongly in support of uniform-related rules being enforced by educational institutions, calling the headscarf, a religious symbol, while the opposition Congress has come out in support of Muslim girls.

The matter has now reached the High Court. Five girls from Udupi’s government junior college have moved a plea, questioning the restriction on wearing hijab in college. They said that the ban violates the right to freedom of religion enshrined in Article 25 of the Constitution, Several Muslim clerics, leaders including AIMIM chief Asaduddin Owaisi too have voiced support to the girls, saying the state government’s order violates the Constitution. “I pray that our sisters fighting for their right to wear hijab are successful in their fight. Grave violations of the Constitution are being committed in Karnataka. I condemn this decision of Karnataka’s BJP government,” Owaisi said while addressing a public rally in poll-bound Uttar Pradesh’s Sarai Tarin.

Article 25 of the Constitution guarantees freedom of religion to all individuals. It provides that for all persons. It says: “All persons are equally entitled to freedom of conscience and the right to freely profess, practice, and propagate religion subject to public order, morality and health, Speaking on the ongoing controversy, Karnataka’s Revenue Minister R Ashoka said that the government is not in favor of either Hijab or Kesari and hinted that the government is in no mood of compromise.

“Students can wear whatever they are willing to, but the dress code in schools is compulsory,” he said, adding that politicians should avoid making comments as the matter is in court, Eminent Constitutional expert Subhash Kashyap told India TV that Article 25 talks about the fundamental right of religious freedom. But the question here is whether the order/rules about uniform were properly conveyed to concerned persons.

“Everyone is free to wear a dress of his/her choice or in accordance with the religion. But schools and institutions are free to set rules (regarding dress). So the question here is whether the rules are conveyed to concerned persons?” he said. “Article 25 deals with religion…. an individual is free to dress as he likes… the Constitution grants this freedom,” he said, He, however, added that a school is also entitled to enforce the rule. “The matter is sub-judice. It is now up to the court to decide.”

Notably, the Karnataka government had last week invoked 133 (2) of the Karnataka Education Act-1983, to order a ban on wearing clothes that disturb equality, integrity, and public order in schools and colleges. The clause states that “a uniform style of clothes has to be worn compulsorily”, “The private school administration can choose a uniform of their choice,” the government order said, adding that students have to wear the dress chosen by the College Development Committee or the appellate committee of the administrative board of the pre-university colleges, which come under the pre-university education department.

“In the event of the administrative committee not selecting a uniform, clothes which disturb equality, integrity and public law and order should not be worn,” the order said, government order also cited the rulings of the Supreme Court and various High Courts in India in favor of uniform.

The matter has now snowballed into a major controversy with political parties including the BJP, Congress, and others looking to derive mileage ahead of the Assembly elections Uttar Pradesh, Punjab, Uttarakhand, Manipur, and Goa. 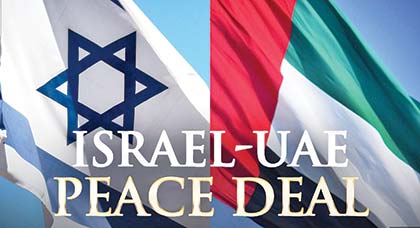 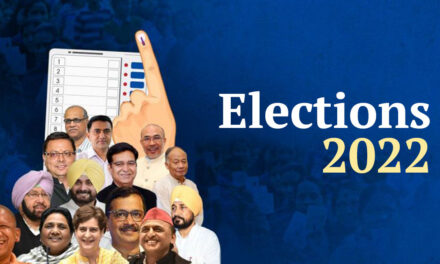 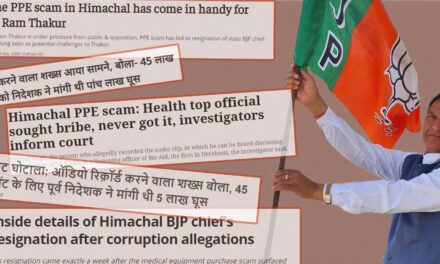 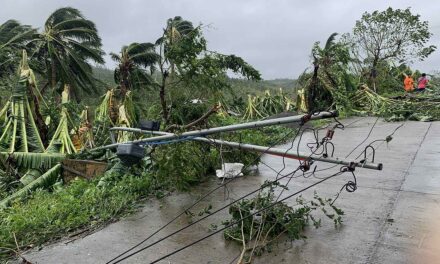