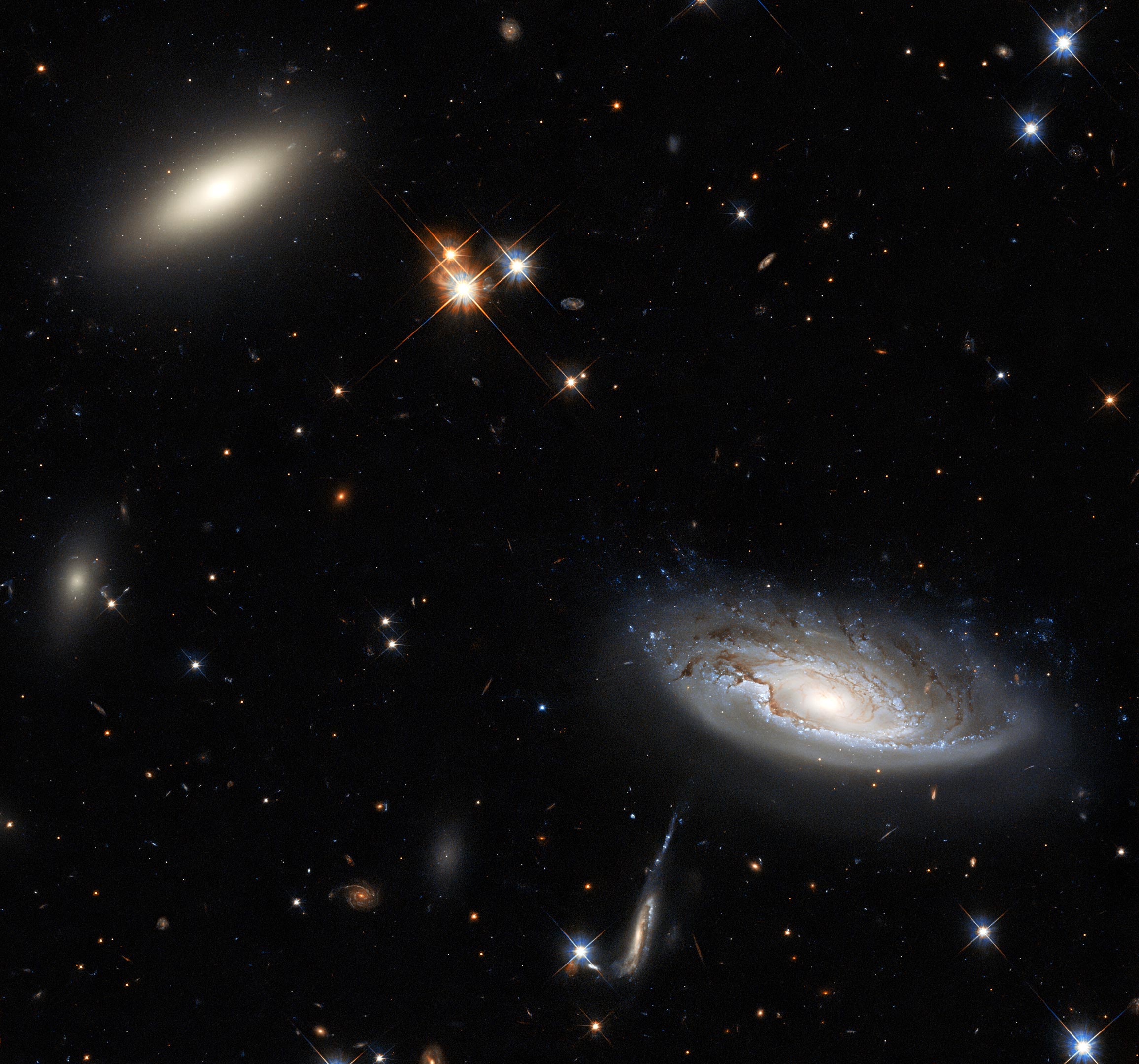 Two things catch your consideration in this stupendous Picture of the Week, which was taken utilizing Hubble’s Wide Field Camera 3 (WFC3): the two gigantic systems that flank the left and right sides of the picture. The world on the left is a lenticular universe, which cheers for the sake of 2MASX J03193743+4137580. The side-on winding world on the right is all the more basically named UGC 2665. The two cosmic systems lie roughly 350 million light-years from Earth, and the two of them structure part of the tremendous Perseus universe group.

Perseus is a significant figure in Greek folklore, prestigious for killing Medusa the Gorgon — who is herself renowned for the miserable explanation that she was reviled to have living snakes for hair. Given Perseus’ noteworthy certifications, it appears to be proper that the eponymous system group is probably the greatest item in the known Universe, comprising of thousands of worlds, a couple of which are apparent in this picture.

The magnificent detail in the picture is on account of the WFC3’s incredible goal and high affectability. The WFC3 is touchy to both noticeable and infrared light, so those are the frequencies that are caught in this picture. The Perseus supercluster appears to be unique at different frequencies. While in this picture the spaces between the cosmic systems seem dim and serene, when the X-beam discharge is noticed the Perseus bunch seems, by all accounts, to be copying with splendid extreme light.