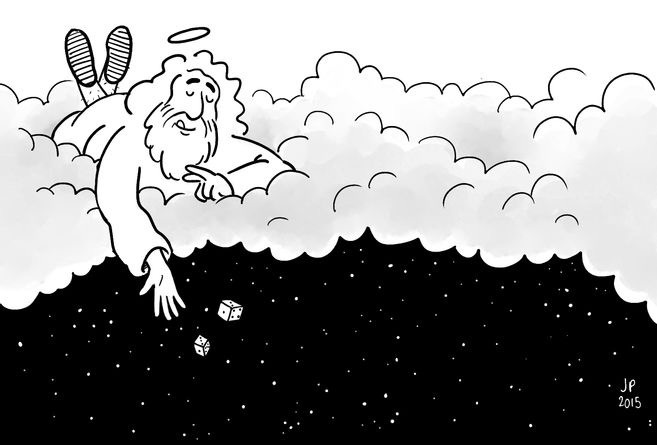 Sorry to break your heart but No! It is not 42. But I wish to. It’s in our nature to find the logic behind everything, this curiosity to know the explanation and it’s always a dream to put this universe under some explanation which it is very hard to do, well for now almost not possible. But scientists have pinpointed the number that explains the universe.

Scientists have the most accurate measurement ever of one of the fundamental constants of the universe. The fine-structure constant, which helps us balance the energy difference between coarse and fine atomic models, is in the same family as constants like the speed of light. Now, its numerical value—close to the ratio 1/137 —has increased from eight significant figures to a newly realized 11.

The fine structure constant, also known as alpha, is a case in point. Alpha lies at the centre of a theory Dirac initiated and Feynman worked on: quantum electrodynamics or QED. This is the quantum theory of the electromagnetic force and describes the interactions between light and matter. Alpha determines their strength. It is itself constructed from the speed of light, the electron’s charge, pi – few physical theories are complete without pi – and a couple of other fundamental constants, carefully arranged so that it is just a pure number, independent of human influence: 0.00729735, just a whisker away from 1/137.

Quanta says the Berkeley team has a new laser and the Paris team has a new vacuum tube, meaning we’ll likely see an exchange of new values in the very near future.

There are 26 fundamental constants in total, and these are “dimensionless,” meaning they’re abstract number values that aren’t linked with any specific kind of unit. The fine-structure constant is minuscule because it’s measuring the discrepancy between a slightly less tiny measurement of an atom and a slightly more tiny one. The new model, researchers say, is accurate down to 81 parts per trillion:

“Because discrepancies between standard-model predictions and experimental observations may provide evidence of new physics, an accurate evaluation of these predictions requires highly precise values of the fundamental physical constants. Among them, the fine-structure constant α is of particular importance because it sets the strength of the electromagnetic interaction between light and charged elementary particles, such as the electron and the muon.”

It will take some time to narrow down the numbers. It is like the game of Carmen Sandiego: As you travel the world, you learn more about what your culprit isn’t like, until just one option is left.