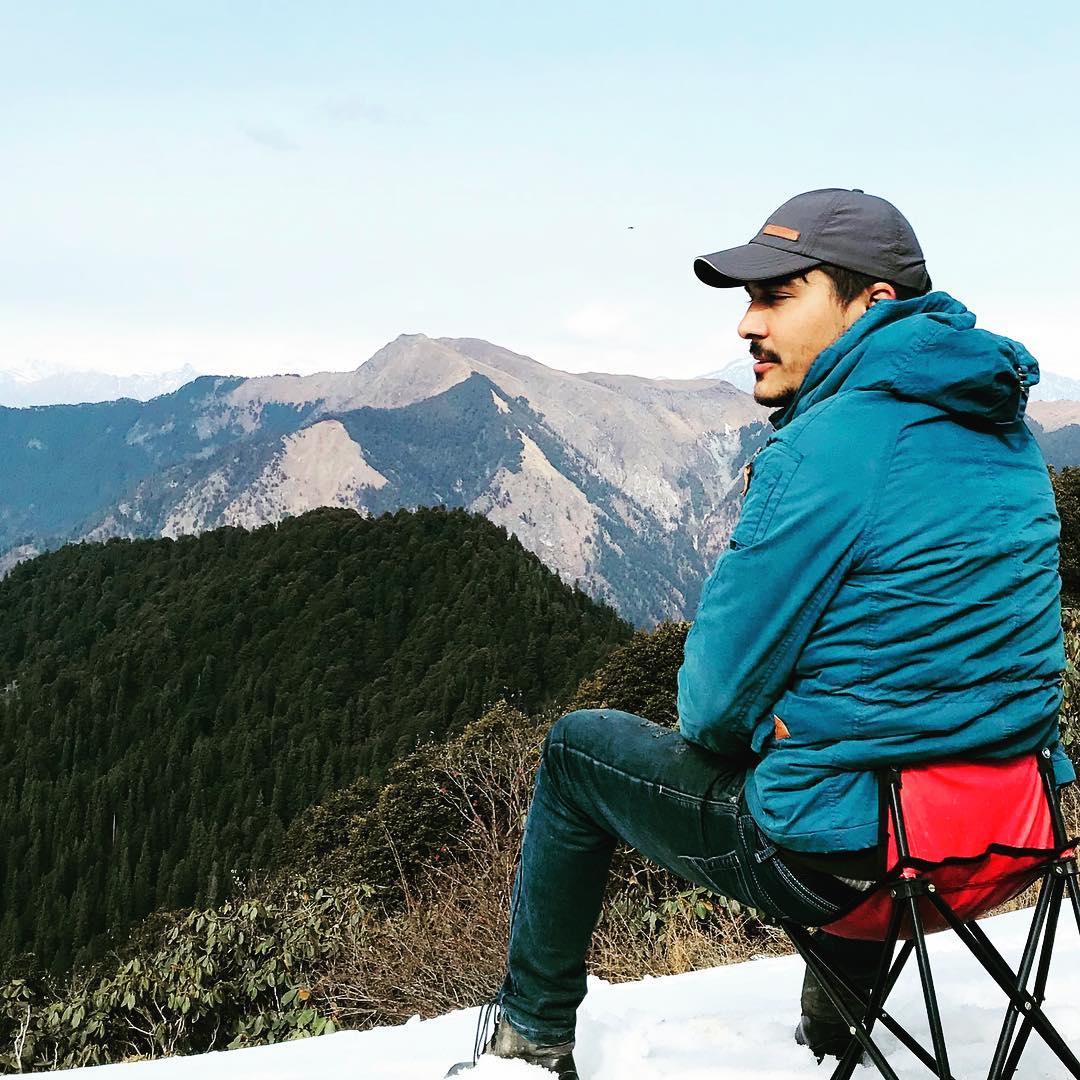 Abhimanyu Rai hails from Mandi, Himachal Pradesh is a Radio Jockey at Radio Mirchi, and works in Chandigarh. He started his career as a comedian through a YouTube channel ‘Hi Rai’ where he promoted the regional language of Mandi that is ‘Mandyali’ and made several vines on the daily scenes in Mandyali language. Soon, his social network family grew and he joined Radio Mirchi FM entertaining people across the country.

Here is a Abhimanyu Rai in a conversation with GOGO Magazine.

1) How did your journey as a comedian began?

I liked entertaining people from my childhood. From Classroom to friends to family gatherings, I was always active doing some things, singing dancing acting and mimicries. I just love when people watch me and laugh and now it is like an addiction, it makes me happy.

First of all my Family. Because I am blessed with the most honest and hardworking and nicest people in my family and the environment is always so cool and friendly that I get most of my videos ideas from my home, my family.

So I started a YouTube channel. “Rai Ki vines” and it was doing well but people started comparing it to “BB ki vines” for some obvious reasons, like the name of the channel itself. That time I was in Manali running my Resort over there, and I got an opportunity to join a workshop by Kopal Theater (Manoj Pahva sir and Seema Pahva ma’am) and I was appreciated in every activity I participated over there which boosted me as an artist. I met a guy Brij Mohan who was a part of the same group and I showed my channel to him. He said a very accurate thing-
“iss channel se famous ho jaega tu but teri apni pehchaan nhi bnegi isse.”

And The same day I deleted that channel and did nothing for one year until I got an Idea of “Mandyali Comedy”. The basic idea was to just showcase the situations and some Mandyali specific things to the world. I had the idea but confused about what should I name it, keeping Abhimanyu Rai was not sounding good to me. For the Name “HI RAI” my friend Dheeraj who was and is a well-known YouTuber with channel REVHEAD suggested me to keep a name that can be also changed into a brand name in future if the idea worked.

So HI RAI
HI – for Hi
HI – for High
HI- for Himachali
RAI- being my surname.

4) Why did you choose to promote the regional language and culture?

Firstly, we should do things which we are best at or at least, good at and Mandyali was the language I’ve been speaking from my childhood. Secondly, there is a thing in our society .. we like to borrow things from others and start forgetting our own and some time also defame it. I’ve faced many things related to my Mandyali speaking like “tone aa rhi hai mandi wali etc etc”

Why …… so what ……. it’s my language
Tone to aaegi hi naaa….
Angrezo ki english tone cute lgti apni tones khraab ….. why?
So just represented Mandyali in a way I imagined it and at that time no one would imagine.

People change their tone just after stepping out of their homes to gel up in new places and people but what is the point in changing yourself for other people to like you. We don’t need approvals from anyone. Now people are liking and using my dialogues, people (at least who follow me) are not ashamed of our language now. And people other than Mandyals and other than Himachalis text me that they like my work and want to learn Mandyali. It’s just that you accept your things first. Then you can make others to accept the way it is. For example – Punjabis, Haryanvis, they are doing everything in their own language their own way and now Punjabi and Haryanvi songs are heard almost everywhere. Same with the Telegu and Malayalam and Marathi. They have their own entertainment Industries now because they accept their language, they are not ashamed of it.

So just trying to showcase it in a way that people get it, understand it and enjoy it and be proud to use it.

5) How different is your regional language from other languages?

Not much. In fact Mandyali is very much easy to learn. Thing is Himachal being so rich in culture and diverse too that our words tones and language changes in a very small distance if we talk geographically. That is what makes it tricky.

6) How did you feel about the quick responses and appreciation on your work?

Actually response was not so quick in starting, it was slow, but the thing as I said in starting, I love to entertain people so I had no aim or target about numbers of views or subscribers or monetisation, getting 100 views made me happy. Getting 2-3 comments made me happy. And I kept on making what I would think to observe and imagined every day and gradually gained audience and response. It is same from day 1, I get some excitement and happiness today also when I make a video. And obviously, if you have imagined something and made it all by yourself, From concept to writing it down to shooting it editing it, it feels great.

7) When you decided to work in your regional language, have you considered the fact that your audience will be limited based on the language? And how did you cope up with it?

There was no New Mandyali comedy channel when I started my channel. There were some videos and comedies but they were old and very we can say ठेठ Mandyali. So I just fused some new scenarios and those which I imagined and it worked, and the audience also increased, now people who don’t know Mandyali or are from other places also watch my videos because they like it and people of Himachal all over the world watch my videos and appreciate my work.

8) How did your journey with Radio Mirchi began?

So one of my friend Munna “Pratap Thakur” sent me a screenshot of the advertisement by Mirchi about the vacancy for the post of RJ I filled it and went for the interview. I have a Masters in Civil Engineering, so all that I had done on YouTube, worked as my CV for the post of RJ.

9) How do you face criticism?

Although I have a very minimum criticism but still, if there is any first I checkout from whom it is coming because maximum times it is from people who have no other work to do but just go and throw it up on social media. And when it is from a genuine person or a regular viewer I take it positively and work on that thing which is being criticised. Most of my criticism comes from my family so it is a very good thing I must say when your family is equally worried about the quality of your videos.

It was great I must say I know it was a time of stress for almost everyone but I was at my home, the best place to be at in times like these. So being at home made me free from tensions and worries and also free to think about my videos so I made 55 videos in lockdown phase which was well appreciated and liked by people and also got comments like “best thing in lockdown”, “stressbuster” etc etc. So the quarantine or the lockdown was a fairly good time for me as well as my videos and social media growth.