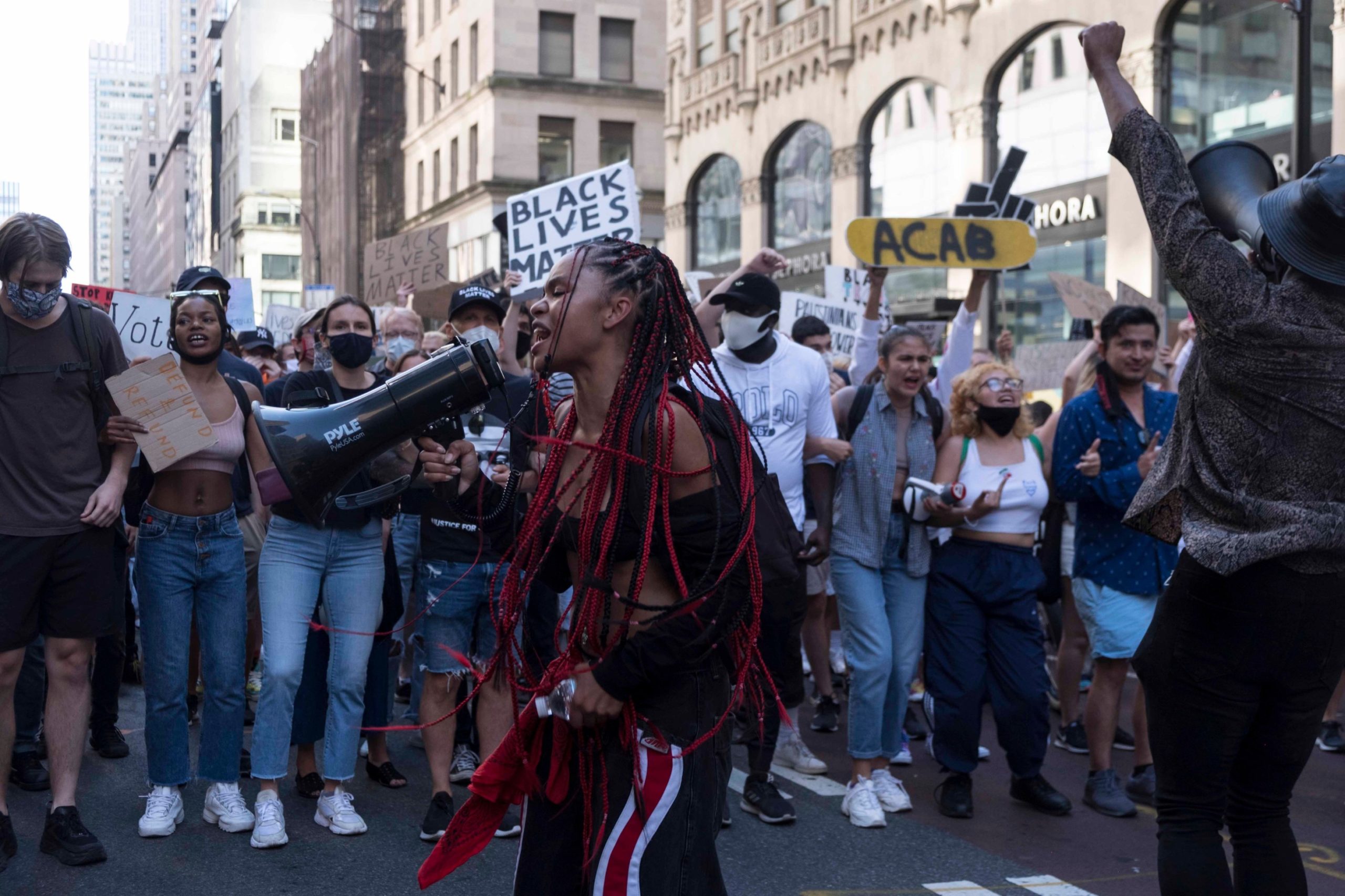 Racism takes many forms and can happen in many places. It includes prejudice, discrimination, or hatred directed at someone because of their color, ethnicity, or national origin. People often associate racism with acts of abuse or harassment. However, it doesn’t need to involve violent or intimidating behavior. Take racial name-calling and jokes. Or consider situations when people may be excluded from groups or activities because of where they come from.

Contents
FILMMAKER ELEONORA PRIVITERA1) How did your Film making journey begin? 2) Who has been your inspiration?  3) What do you have to say about racism in USA? How difficult are the conditions of people there? 4) What inspired you to create this clip?5) What’s your say on the brutality of Policemen against Black People?  6) How is your life on the other side of camera?   7) How’s life in quarantine?

Racism can be revealed through people’s actions as well as their attitudes. It can also be reflected in systems and institutions. But sometimes it may not be revealed at all. Not all racism is obvious. For example, someone may look through a list of job applicants and decide not to interview people with certain surnames. Racism is more than just words, beliefs, and actions. It includes all the barriers that prevent people from enjoying dignity and equality because of their race.

Earlier, Hacktivist bunch Anonymous have come back with a video that promises to uncover the Minneapolis Police Department’s ‘numerous violations to the world’ after the executing of George Floyd. The video, which shows an extremist wearing a mask, and talking with an electronically controlled voice closes with the message: ‘We Are Legion. Expect Us.’ Shortly after the video was discharged, the Minneapolis Police Department’s site was crippled and taken disconnected. It is assumed this was down to crafted by the programmers yet this is yet to be affirmed.

Meanwhile, in England, the Premier League has just begun and look what teams had brought for the black lives. The ultimate tribute given to them where the English players have nothing do with the policemen in America. Football has always been connecting millions of people together but has already suffered racial attacks on its own players. Therefore, such tribute and awareness matters a lot. Each player was seen wearing a jersey with a name ‘Black lives matter’ on the back of their jerseys.

With a Master’s degree in Social Anthropology earned at the London School of Economics and Political Science, Privitera has a strong cinematographic approach and uses her research skills to choose relevant and urgent stories to tell. For Privitera, the engine guiding her actions has always been the necessity to make a real change in society, and she makes documentaries to support people’s struggles and social movements.

Her first short documentary “An Imminent Threat”, which tells the story of a fisherman involved in the fight against the oil industry in North Norway, was selected and screened at “Resilience Festival” in Bologna (Italy), “Orvieto Cinema Festival” in Orvieto (Italy) and won the second prize at “Visioni Italiane Festival” in the category of the environmental issue in March 2019 (Italy). “It’s still me, mom”, a short documentary exploring the conflicts and struggles in an American family when dealing with gender transition, is an official selection of “Out & Loud – Pune International Queer Film Festival” and currently in competition in several other LGBTQ International Film Festivals. Her latest project, “Rebirth”, an intimate and personal account of the journey that her response to her dad’s cancer took her on both as a daughter and filmmaker, is now released and submitted to different film festivals around the globe.

Recently, after the sad demise of George Floyd, a fight against racism has begun in the streets of New York followed by the apology of the Minneapolis’ Policemen. But, is an apology enough for the sake of someone’s live? Here is a clip of the current status of the New York’s street filmed by filmmaker Eleonara Privitera.

In a small conversation with GOGO Magazine, here is what Eleonara Privitera has to share with us.

1) How did your Film making journey begin?

After my master’s degree in Social Anthropology earned at the London School of Economics and Political Science, I started a course in Photojournalism and Documentary in Rome (Italy), where I worked on my first short documentary entitled “An Imminent Threat”. This film tells the story of a Norwegian fisherman involved in the fight against oil companies’ activities in the Lofoten, Vesteralen, and Senja regions in the North of Norway. Since then I found my passion and I moved to NYC to specialize in Documentary Filmmaking at the New York Film Academy.

Matthew Heineman (director of “Cartel Land”, “ A private war” and “City of Ghosts”) for his uncanny ability to get his camera into difficult places to access.

3) What do you have to say about racism in USA? How difficult are the conditions of people there?

I believe that the deep racial and ethnic inequities that exist in the USA today are a direct result of structural racism: the historical and contemporary policies, practices, and norms that create and maintain white supremacy. Structural racism continues to segregate communities of color in the USA ,from access to opportunity and upward mobility by making it more difficult for people of color to secure quality education, jobs, housing, healthcare, and equal treatment in the criminal justice.

4) What inspired you to create this clip?

I was profoundly inspired by the powerful atmosphere and by the strong sense of community that I perceived in the streets since the first day of the protest. I never saw so much solidarity, mutual aid, and harmony among people in this city before! Their loud and potent voices, asking for justice, moved me to be in the frontline and tell their stories visually.

5) What’s your say on the brutality of Policemen against Black People?

Police brutality left accountable for human rights atrocities are polluters. They pollute communities with fear. They pollute the present and future with relics of hate. They pollute every sort of ideal of justice. And this needs to stop.

6) How is your life on the other side of camera?

In addition to filmmaking and photography, I love nature so every time I have a chance to escape from the city, I go hiking with friends or by myself in the forest. I do also love gardening, yoga, meditation and astrology.

As an independent documentary filmmaker, having experienced almost 3 months of lockdown in NYC has been very challenging and tough. As many other freelancers, I lost my job and I felt suspended creatively and emotionally. Not having an income for so long made me question my choice of staying in the US, but in the end I decided to fight and resist here, with so many other marginalized and low-income communities of the city.