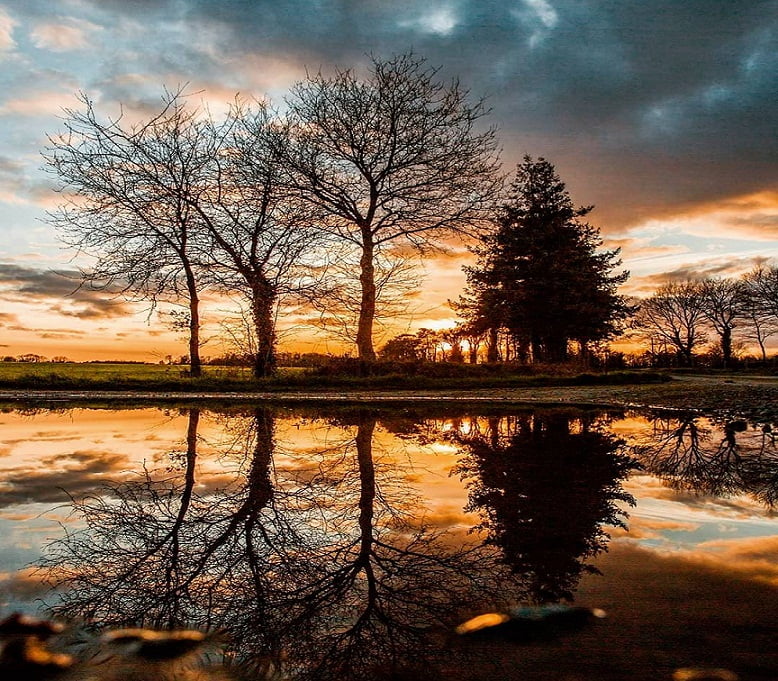 “I want to travel the world, and breathe the air of new places.”

Brittany (Bretagne in French), is located in the west of France and is bordered by two other regions. Its dramatic 750-mile coastline traces a rugged hem against the chilly Atlantic. The countryside is absolutely characteristic of charming Western France—clean, neat and sweet—small, green Catholic coastal hill-stations lined with several churches and sloping black rooftops. Brittany has all the makings of the typically cute sceneries that you grew up drawing as a child—of picturesque houses with windows and a chimney. Here, you can delight in some long stretches of flora, as lovely flower (or ‘fleur’) bushes of petunias, daisies and geraniums line the open green lawns. The town has a picture-book-like setting, almost straight out of an Enid Blyton novel—and the soothing sound of silence surrounds you wherever you go.

A strong Celtic background distinguishes Brittany from other parts of France. The Celts were the first historically identifiable inhabitants of Brittany, but they probably intermingled with the earlier peoples who built the great stone monuments, the menhirs and dolmens, that still stand. Conquered by Julius Caesar in 56 BCE, the region became part of the Roman Empire as Armorica, a Romanization of the Celtic words for seaside.

The entire region has a wonderfully undiscovered feel once you go beyond world famous sights. Unexpected gems- including the little-known towns of Roscoff, Quimper and Vannes, the megaliths of Carnac, the rugged coastlines of Finistère, the Presqu’Île de Crozon and the Morbihan Coast – reveal there’s far more to Brittany than delicious crêpes and homemade cider. Its much-loved islands are also big draws – don’t miss the stars: dramatic Île d’Ouessant and the aptly named Belle Île.

Have some of the most well spent time of your life in this beautiful countryside. The best way to reach is to land in Paris by air and from there take a train to Brittany. The official currency is the Euro.

All the towns here enjoy the backdrop of a beautiful sea coast that attracts not too many tourists. Not in the least bit like any modern metro, it’s only once you go here that you realize that the countryside is where the real soul of France thrives! Filled with 18th century architecture, there are barely any high-rise buildings around. It’s almost touching how beautiful it all is—contagious and rather hard to resist—a perfect place to go to if you’re looking for a quiet holiday, or even honeymoon!