Afghanistan in 100 years: the Rise of Taliban

Afghanistan, unfortunately enough, has been a centre of great contention for the longest time possible. The country has seen several wars: both inter and intra civil. The product of these wars – the rise of the Taliban, is one of the most decadent summits for some, while a reason of merry to many. But how was an organisation so independent (or not?) able to defend its land from the USA for whopping 20 years and gained control over the whole country in a time of mere months?

The advent of never-ending discord was marked in 1919 after the British Raj left the country to itself and the Shah monarchy took over. Mohammad Zakir Shah, who was the last monarch of the dynasty was overthrown by his own commander Daoud Khan who seized pan powers in the coup. He advocated for a constitution and declared himself the President of the country. In 1977, when the constitution came into being, he also declared himself as a one-man leader, implying that all the political and military powers resided in the hands of a single person. The public outrage was evident and a whole revolution came into being: the Sour Revolution of 1978. The star of the revolution Noor Mohammad Taraki replaced the then President with the public’s support. He was also backed by USSR and influenced by communism, a new era of modernisation began. It came in the form of technological advancements, noteworthy religious freedom to women, equitable distribution of land: the last one giving rise to utmost resistance from the religious men of the state who believed that it’s the God who makes people indigents or affluent. USA (being in the cold war with Russia and dreading Russia’s ever-growing influence over Afghan leaders) influenced the already raged men to fight harder against the authorities who were indifferent to the mass’s religious beliefs. USA stepped up to behold the public resentment against USSR and its backed Afghan President, by forming Mujahideen (group of religious saviours) and ultimately funded them. The USA also convinced the foreign minister of Afghanistan Hafizuddin Amin to join the CIA, who ultimately killed the then President and his family. Amin sped up the modernization on the hook of the USA, thus outraging the Mujahideens even more. The organisation grew as people from other Islamic nations also started joining and gave a rise to a Talib (student) wing of Mujahideen. In order to protect its borders against the uproaring imbalance in the neighbouring nation, Afganistan, the USSR entered the neighbouring borders in 1979 leading to another coup in the country. Sponsored by the USA, Mujahideen fought the Russian military with vitality and killed 14k soldiers in a period of 10 years- giving an end to the Afghan-Soviet war. The internal conflict within Mujahideen started to get evident in a period of time which ultimately lead to a public search for a leader: a potent person who could lead the country to development and unity. Thus, a fierce warrior Talib Mullah Omar was assigned the duty who ultimately founded the student organisation Taliban. Numerous religious restrictions were introduced- women were not allowed to take up jobs, come out of their houses without a man or without a burqa. Innumerable women were raped, captured and killed. Many Afghans tried to seek shelter in Pakistan – many managed to escape while a lot many were left to die of hunger, poverty and antipathy. Taliban lead the country till it was challenged again in 2001, by their own funders USA on the account of the 9/11 attacks. In the spite of the situation, the US sent its army to fight the “now terrorists” Taliban. Fighting a hard battle and facing the death of around 4000 soldiers in Afghanistan, the USA finally lifted its military after 20 years of trials. As of now, Kabul is captured by the Talibanis and the control of the nation has been handed over to them unanimously. President Ashraf Ghani is planning to leave the country.

While the capturing is being celebrated in Pakistan openly, the situation has been critical for India. India has invested $4 billion in the country and it has been an extremely strategic location to counter Pakistan’s and China’s dominance plans. India can also face uprising terrorism problems through Line of Control as Pakistan tries to use Taliban(all the training camps for Mujahideen and Taliban were held in Pakistan) against India. 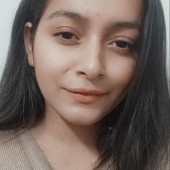 Vaishali Thakur, an undergraduate from Panjab University, expresses her opinions in the language that she dreams in: Hindi. Writing for four years exclusively in Hindi, she believes that all possess a unique power to inspire. She chose to unleash hers by writing. Coke Studio music, dogs and coffee appeals the most to her. A firm believer in the 'The power of one', she believes that a single person can make a difference in the world.

Stories from freedom struggle you should know

A three quarter-century of freedom