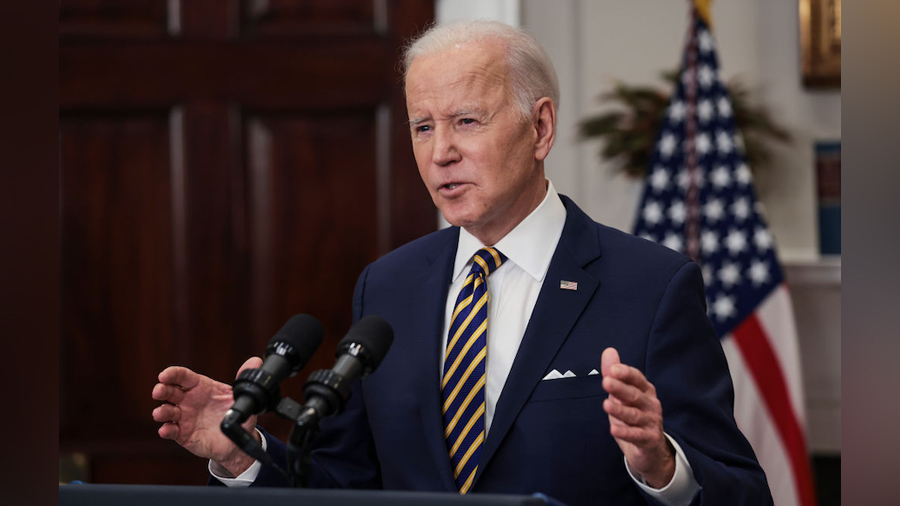 President Joe Biden said Tuesday that he will ask Congress for $2.6 billion for foreign aid programs that promote gender equality worldwide, more than double the size of last year’s request.

He said everyone deserves to live up to their “God-given” potential, regardless of gender, and that societies perform better when women and girls are allowed to prosper, “Ensuring that every woman and girl has that chance isn’t just the right thing to do it’s also a strategic imperative that advances the prosperity, stability, and security of our nation and the world,” the president said in a written statement, The White House also hosted a live-streamed International Women’s Day event Tuesday to discuss the announcement, featuring Secretary of State Antony Blinken from Europe, acting budget director Shalanda Young, U.S. Agency for International Development Administrator Samantha Power and Jen Klein, director of the Gender Policy Council. They were joined by young women leaders from Ukraine, Brazil, Zambia, Burma, Jordan, and the United States.

Jill Biden marked International Women’s Day with a video tribute to women. She said during an appearance Tuesday in Arizona that the women of Ukraine and Russia were in her thoughts.

“I’m thinking about the women in Ukraine fighting to keep their country safe, and those holding their children, you know, holding them close as they flee to safety. And we’ve all seen the pictures,” she said in Tucson. “You’re mothers and you can see what they’re going through, and your hearts go out to each and every one of them. And I’m thinking of the brave women of Russia who have risked their safety to speak out against the invasion”, “Women have never been silent. But women have been silenced, with violence, with discrimination, and with isolation, and it’s work and care that is never done,′ the first lady added.

Biden’s $2.6 billion funding request will be included in his federal budget proposal for the fiscal year 2023, which starts Oct 1, Biden sought $1.2 billion for gender equality programs in his 2022 budget proposal. The numbers haven’t been finalized since Congress is still working on the budget, The White House has not said when Biden will send his 2023 spending proposal to Congress.