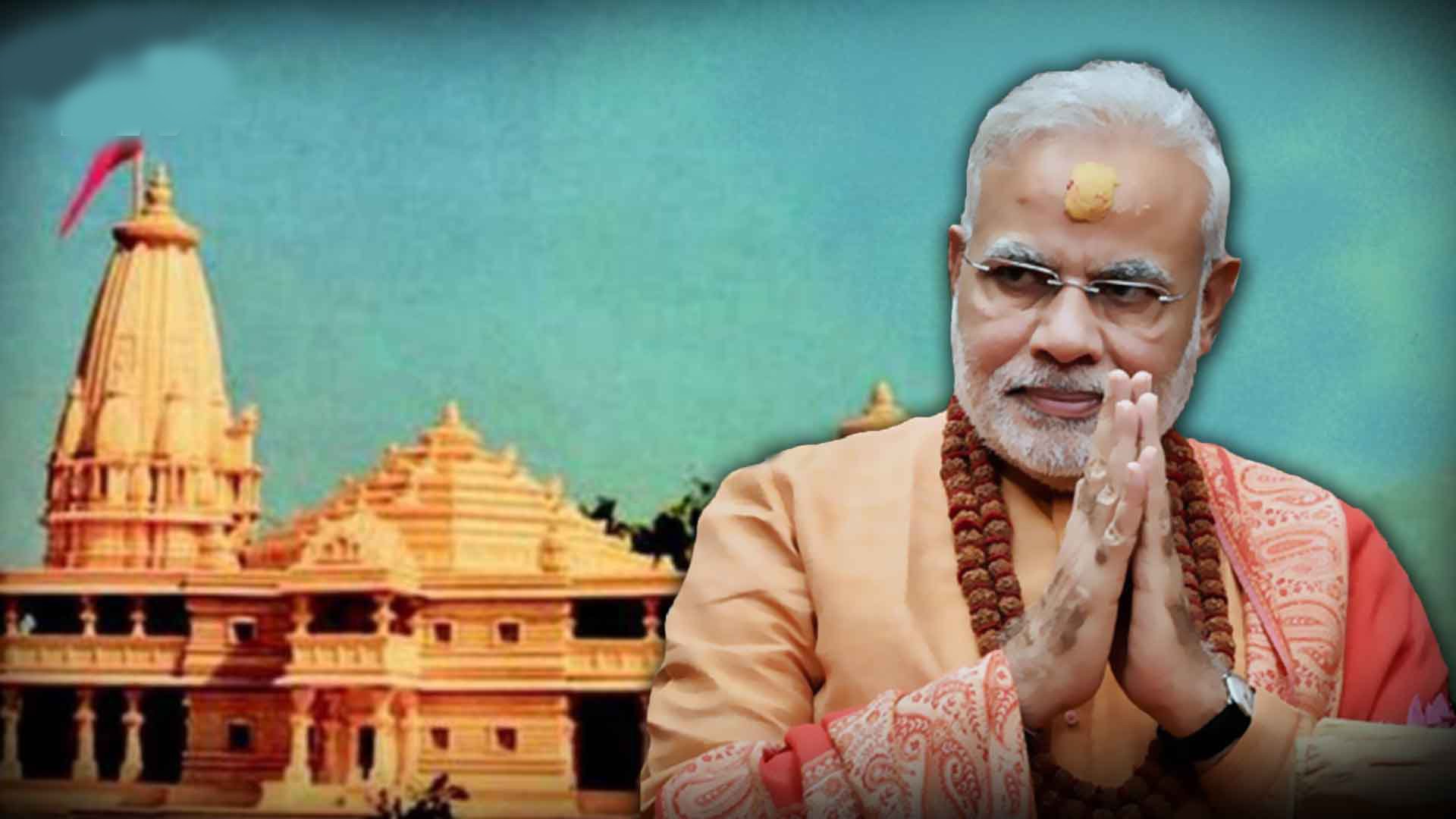 ‘’ From Ayodhya to Kashmir, diversity gives a clarion call and the mockery of unity has the last laugh’’

August 5, 2020, a day which will become the most important & historic, not for Hindutva propounders or Sangh Parivar but also for India as a whole, maybe between August 15 & January 26, this day will be celebrated as emblematic of extolling the Hindu pride, the realization of enchanted nationalism for a Hindu nation, the anniversary of the course correction of history.

Above all majority’s finding a strong footing in the foundational stones of the creaking secularism. After several decades of freedom, the temples of modern India were struggling to change lives yet this temple of ancient India will change the fabric of the nature of harmony forever. In a parallel universe, there are disappointments & despair, prosperity & harmony, fear& suspicion, strength & confidence, Lebanon & Sweden, Ayodhya& Kashmir.

Building a library merely isn’t equal to building intellect, having a home full of grains doesn’t amount to getting nourished & so & so. Books will adore the walls, the wooden shelves, but without having read by many with a proper inculcation of the meaning they wish to impart, they might not adore the purpose they exist for. Without an efficient fuel & embracing the concoction of ingredients irrespective of the variety of recipes, grains alone wouldn’t transform from its rudimentary form to serve the solemn aim.  Similarly with great hue& cry, victimizing a deity as ‘oppressed’ due to invasive forces of marauders & secularism, with myriad bricks of silver, the effervescence of the loudest cheers of triumph, justifying the bigotry as something inevitable, wouldn’t be a renaissance, it’s something where reason itself needs to be worried of its future.

This all started with a political motive to mobilize the Hindus, for gaining more seats in parliament after getting 2 seats in 1984, with a Toyota vehicle turned into truck, inclusive& far accommodative Hinduism reduced to exclusionary& supremacist Hindutva and the paradigm shift from the politics of development (flawed in action) to the politics of restoration of Hindu pride, as it was told to be bearing the brunt of Nehruvian secularism thus was to be bolstered by starting with a temple to be followed by a slow takeover of majority. With the saffron shade of Hinduism, many atheists like me are perturbed by the hypocrisy of religion, then I go back to Gandhian teachings, the at most one true devotee of Lord Rama both in letter & spirit of modern India, he talked of Ram Rajya, someone who lived& died for religious harmony patronizing Lord Rama as the emancipating force for all, turned me flummoxed that why a Muslim or Christian would buy the idea. But they did, as India after having suffered the worst of carnages of partition; communal distress, emerged out as a thriving democracy speaking for the equality of all, enshrining a palette of different hues of religious & ethnic identities, linguistic heterogeneities.

This was the idea of Ram Rajya that exalted benevolence, acceptance, care, justice, equality& a promise to provide a shelter of dignity to everyone despite their faiths. Now Ram Rajya seems as a cataclysmic dream when Ram is turned into a symbol of Hindu nationalism, intimidating serenity (lynching of those who don’t chant for the victory to Lord Rama) & personification in a way that he needs to be protected with an opulent temple by exercising the great ostentatious display of faith.

KASHMIR: ONE MORE YEAR IN TURMOIL

Speaking of the parallel universe, Kashmir is on the other hand, once known as heaven is now a dilapidated site of graves, from the meadows of the ethereal flowers, ecstatic boats floating over Dal lake, snow-clad mountains serving the ideal background for any picture, to the bloodshed, coercion, barbarism, torture, inhumane treatment, injustice, discrimination, in the name of nationalism is a grotesque tale of our times. Accession, rejuvenation with overwhelming Article 370(35A), insurgency, pogrom, revocation of special status& privileges, followed by suspension of internet along with human rights are the unforgettable attributes of this morass which can’t decide whether it is making or unmaking of heaven turned hell.

For a year now, when economic downturn exacerbated as data cited by Kashmir Chamber of industry and commerce tells how an erstwhile state doing better than others dwindles after the new identity of UT, more than half a million jobs lost, constant violation of rule of law, what has changed that speaks of development? In Ayodhya people are now being revered for their faith, in Kashmir, an unabated faith that every Kashmiri is a terrorist is all for the denizens getting demonized with every passing day.

When we the people of India, still can dissent, freedom of expression was never meant for Kashmir, only those who are Modi critics are anti-nationals in India but for a Kashmiri, even this condition doesn’t hold ground as a Kashmiri herself is anti-national without strong reasons; freedom of expression, a right as basic as access to the internet are instruments for secession and subversion there, every argument is a nuisance, yet everything will be alright say the powerful decision-makers in Delhi. A cauldron of neglect & belligerent assertiveness, Kashmir completes another year in turmoil.

There is social unrest in another part of the country which is not a product of the pandemic only but some deeply rooted problems of economic unevenness when the richest 1% owns 73% of the wealth of the country, yet some problems instead of reaching to the core, end up covering themselves with solutions which are likely to aggravate them further, this is what is happening from political religiosity to separatist tendencies. This can’t be a day of pride for Indian republic but for RSS & Hindus, but this country is bigger than the truce of hard& soft communalism, what may come, the values of this county are worth fighting for by upholding its principles & virtues. Jai Sri Ram!