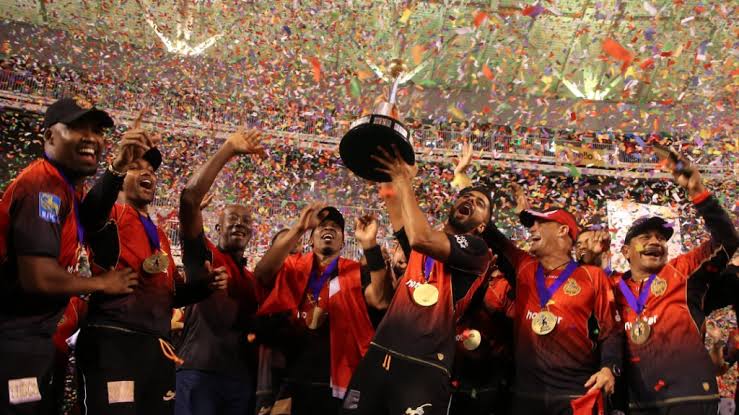 The 2020 Carribbean Premier League (CPLT20) was the eight season of CPL wherein Tribago Knight Riders nailed the season by a massive hit over St. Lucia Zouks on Sept. 10, 2020. The whole tournament was played in Trinidad where Tribago Knight Riders (TKR) clinched the title for the fourth time. TKR won the final match by 8 wickets with Lendl Simmons massive contribution. Simmons became the man of the match by scoring 84 not out in the finals against St. Lucia Zouks. TKR was the host of the tournament and by winning the CPL trophy they completed the tournament with magnificent 12 on 12 campaign.


The 155-target for TKR in finals was chased by the two biggest assets of the team- Lendl Simmons and Darren Bravo. As the two of them proved dangerous with their bat, the ball work was well handled by Kieron Pollard. St. Lucia Zouks were seen struggling in the final match that brought TKR some probable open space to walk like a knight with CPL’s fourth trophy in hand. With such a magnificent and power pack end to CPL tournament, it’s time for IPL to roll on with much more excitement.

CPL has always been a medium to showcase fresh talent and young professionals and this time CPL has shown many such talented faces. One such face is of Ali Khan who’s all set for his debut in IPL 2020. This is the first time ever in IPL when the USA player will be featured in IPL. Ali Khan, coming from USA is all set to write history with his presence as the first player from USA to be featured in IPL. Ali Khan has been picked up from Tribago Knight Rider’s team in CPL. During CPL 2020, Ali Khan has shown some of his decent fast bowling skills which has paved path for him in IPL 2020. He’s been signed by Kolkata Knight Riders as a replacement of Harry Gurney. Due to a shoulder injury and its surgery, Gurney has been pulled out of IPL and it’s time for Ali Khan to fill in the needed place.

Ali Khan came into international notice in 2018 when Bravo picked him up from Global T20 Canada and introduced him to CPL. In his first season of CPL, he was a threat to batsmen as he took 16 wickets in 12 matches. Since then, he’s been great in CPL and had his stints in Bangladesh Premier League and Pakistan Super League as well. It’s time for this CPL star to feature in IPL and become the first-ever player from the USA in the tournament playing from the Kolkata Knight Riders End.